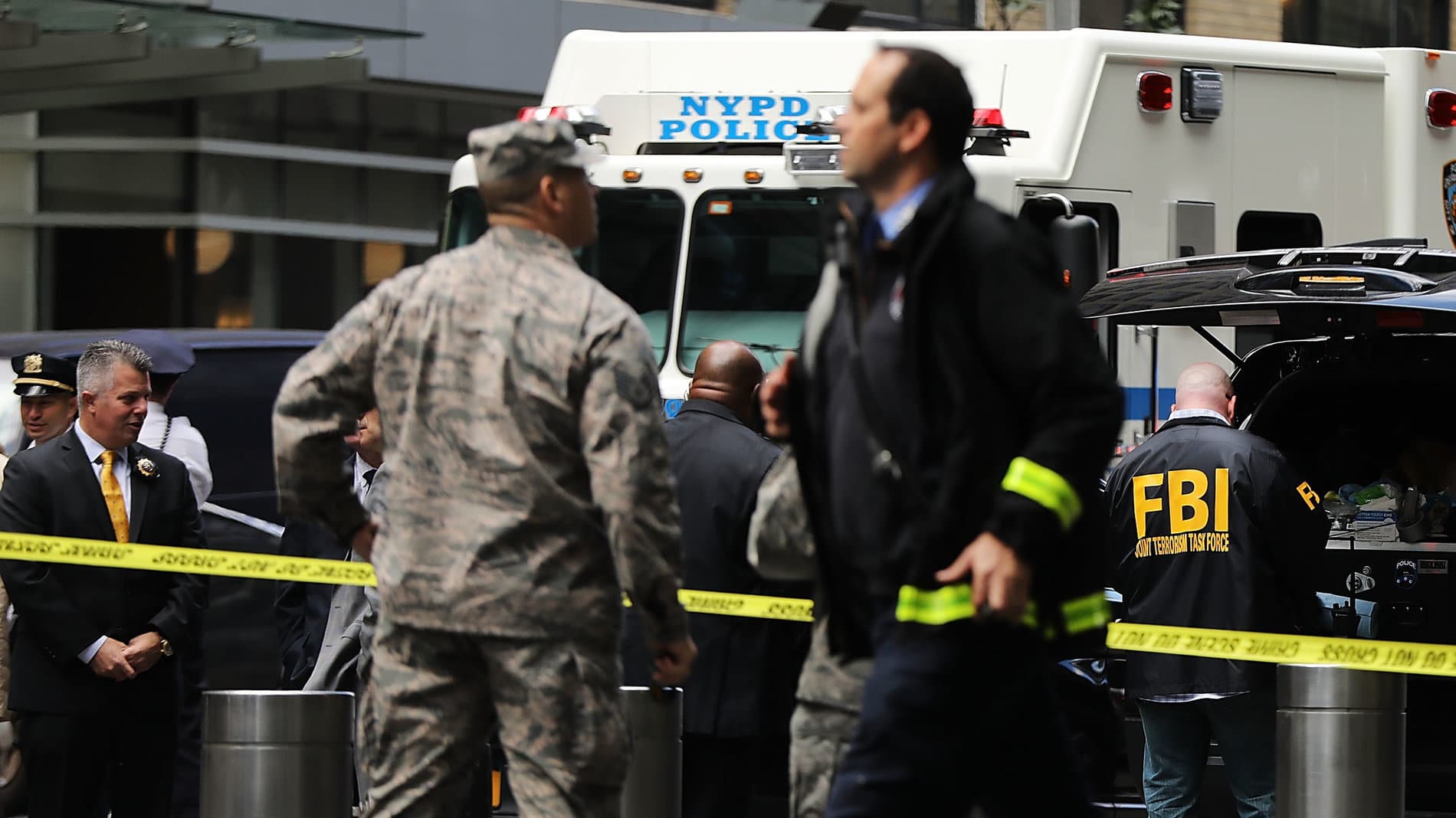 At least six suspicious packages containing what the FBI called potentially destructive devices have been sent since Monday to several leading Democratic Party figures and to CNN in New York, triggering a massive investigation.

Some of the devices “appear to be pipe bombs,” John Miller, New York Police Department deputy commissioner of intelligence and counterterrorism, said at a news conference Wednesday.

“The packages are similar in appearance,” the FBI stated, “and contain potentially destructive devices.”

The packages were in manila envelopes with bubble-wrap interior, and the FBI says it is “possible that additional packages were mailed to other locations.”

Police, FBI and other emergency workers gather outside the Time Warner Center in New York City after an explosive device was found Wednesday morning at CNN’s office in the building.Spencer Platt/Getty Images

In a statement issued on Wednesday afternoon Wasserman Schultz expressed dismay over her involuntary association with the menacing threats.