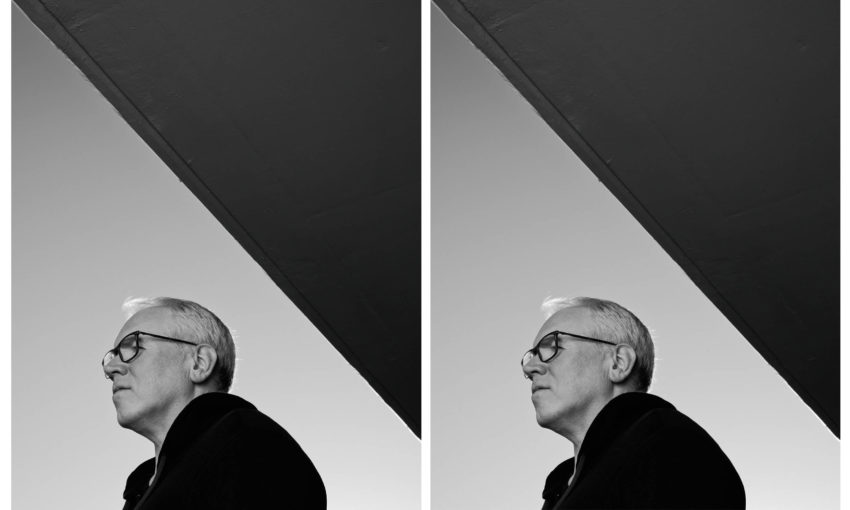 Bret Easton Ellis is no stranger to bad publicity. Ever since his 1985 debut, “Less Than Zero,” made him a literary sensation, his violently nihilistic fiction and his politically incorrect public persona have earned him as much fury as acclaim. And after three decades, five subsequent novels and a story collection, a podcast and more than a handful of media spats, Ellis still has more to say. On April 16, he will publish his first book in nine years — and his nonfiction debut — an essay collection called “White.” Not everybody is going to like it. He doesn’t care.

“I feel very loose about this,” he said. “This is kind of a book for a Bret Easton Ellis completist.”

For those who aren’t that, a refresher: The (not unmixed) success of that 1985 debut, about the amoral escapades of rich, disaffected Los Angeles adolescents, turned the then-21-year-old college junior into a fixture of the New York social scene, photographed everywhere from the MTV Movie Awards to Nell’s nightclub in Manhattan, often with his fellow “literary Brat Pack”-er Jay McInerney. He has recalled his East Village apartment back then as “a cokey den of iniquity.” Critics called him an enfant terrible; fans said he defined his generation.

It was during these prodigal years, after a more conventional second novel was greeted with shrugs, that Ellis wrote the New York noir “American Psycho,” about a soullessly materialistic 26-year-old financier who suffers a breakdown while pathologically committing gruesome acts of rape and murder. Grisly passages leaked to Time and Spy magazines and prompted a public outcry, and in November 1990 Simon & Schuster canceled the book two months before its scheduled release. The editors Sonny Mehta and Gary Fisketjon at Alfred A. Knopf immediately scooped it up, and published it as a Vintage paperback in March 1991.

“We handed Knopf a best seller,” recalled Robert Asahina, the Simon & Schuster editor who’d acquired the book. “It worked out in everybody’s favor besides ours. Bret deserves all the success he got.”

But success wasn’t all he got. He received death threats in the mail. Gloria Steinem denounced the book. The president of the Los Angeles chapter of the National Organization for Women, Tammy Bruce, called for a boycott, telling The Times: “This is not art. Mr. Ellis is a confused, sick young man with a deep hatred of women.” Norman Mailer, in Vanity Fair: “What a deranging work! … written by only a half-competent and narcissistic young pen.” In The Times Book Review, Roger Rosenblatt called the novel “the journal Dorian Gray would have written had he been a high school sophomore.” Spy accused Ellis of being so talentless that he had to stir scandal to sell a book: “Not much could be more sickening than the misogynistic barbarism of this novel,” Todd Stiles wrote, “but almost as repellent will be Ellis’s callow cynicism as he justifies it.” 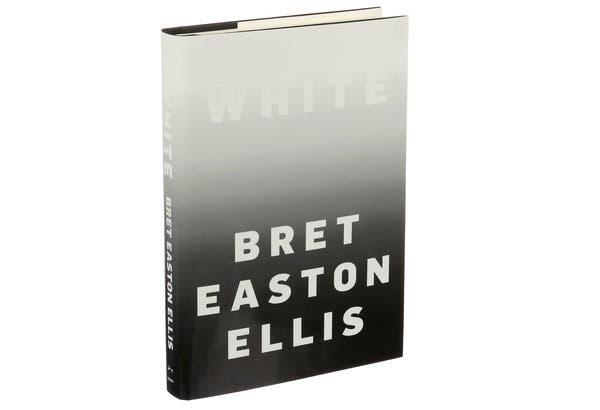 This has been the central question of Ellis’s career: Is he talented or only provocative? “He’s certainly not boring; and people like to talk about people who aren’t boring,” the novelist Ottessa Moshfegh (an admirer) said. For Ellis, fame and controversy have always gone hand in hand. Yet he swears he’s never intended to offend; he’s just focused on making art for art’s sake, and if it upsets you, so be it. “I never care about riling up anybody,” he said. “That’s a waste of time. It’s always been about purely wanting to express myself, and not really thinking about the audience at all.”

[In 2016, Ellis took in the musical version of “American Psycho” on Broadway.]

The collective outrage over “American Psycho” provides a context for the essays in “White,” whose topics range from Ellis’s unsupervised 1970s childhood in upper-middle-class Sherman Oaks, Calif., to his critiques of movies and movie stars, to President Trump and the digital echo chamber. His points are not always agreeable, but that’s never stopped him. In one essay, “Liking,” Ellis indicts the “horrible blooming of ‘relatability’ — the inclusion of everybody into the same mind-set … the ideology that proposes everybody should be on the same page, the better page.”

McInerney traces such positions to Ellis’s “would-be censors” during the “American Psycho” backlash, which “I think shaped his view down to the present day about political correctness and freedom of expression.”

In the last decade Ellis, now 55, has made headlines more for his outspoken opinions than for any creative output. There was a 2013 tweet, “Kathryn Bigelow would be considered a mildly interesting filmmaker if she was a man but since she’s a very hot woman she’s really overrated,” which inspired such furor he issued a formal apology in The Daily Beast. He’s complained about liberals who think he’s a Trump apologist, then defended Kanye West’s conservative sympathies. He was called racist after he claimed “Black Panther” was a sop to Hollywood’s “diversity push.” “Black Twitter is hard-core,” he said.

“Lately what’s bothered me is the tweeting world, and how, since there’s no context, no nuance, and since everyone’s so hysterical, you are tagged things that you are not,” Ellis said. “The language police is a hard thing to deal with if you are creative.” He really wishes everyone would just calm down.

In some ways, Ellis himself certainly has. Outside the elevator in his West Hollywood apartment building, holding a bag of garbage to go out, the tall, silver-haired man in a well-worn black polo shirt appeared a far cry from the hell-raising socialite he once was. “I don’t really go to parties anymore,” he said. “I think I’ve outgrown it.”

He’s also outgrown his youthful fatalism about current events, preferring to treat the news cycle as fleeting entertainment rather than the end of the world (“Really, Jared Kushner looks great in a bathing suit”). This flippancy feels like an extension of his blasé tone throughout “White,” which treats politics as mere fodder for stylized soliloquy. The apathy doesn’t necessarily sit well with his peers. “I’m a little puzzled by his disavowal of the liberal coastal elites, since he’s clearly in many ways a card-carrying member,” McInerney said.

Ellis has made it a point to say that he didn’t vote for Trump, and that he in fact warned all along of his menacing power as a celebrity capitalist. While he was writing “American Psycho,” Ellis recalled, “all the guys on Wall Street were reading ‘The Art of the Deal,’ and Trump bothered me enough that I decided to make him Patrick Bateman’s father figure.”

“I never care about riling up anybody,” Ellis says. “That’s a waste of time. It’s always been about purely wanting to express myself.”CreditRyan Pfluger for The New York Times 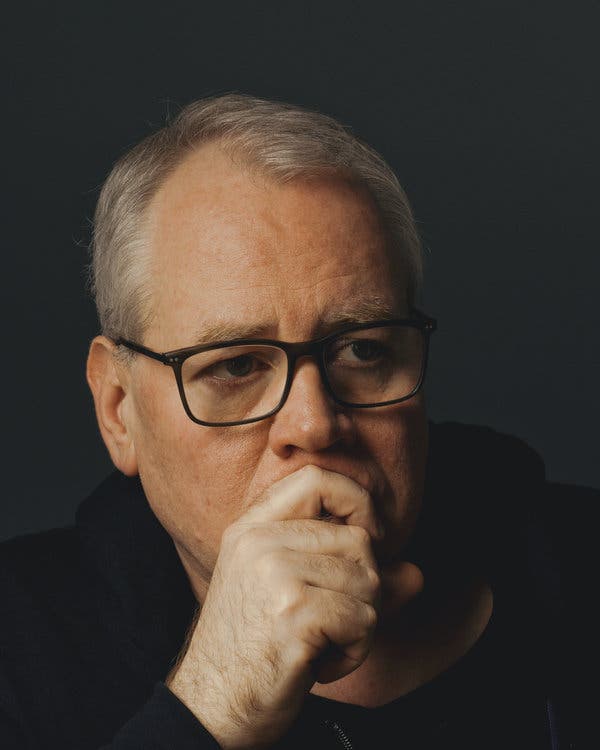 Yet he admits he can afford to be “strenuously apolitical” because he is, “as this book was once called, a ‘White Privileged Male.’ That has protected me from the realities of the political world.”

Detachment isn’t just Ellis’s mind-set, it’s his artistic mantra. “Neutrality, distance, reserve: I have always believed in these things as my guiding aesthetic,” he said. “White” follows suit: “I approached it as I approached the novels, in a literary way. I wanted it to be as though you were almost with this character, this narrator that was me, but kind of not me in a way.” A student of the New Journalists — his title pays homage to Joan Didion’s “The White Album” — Ellis has played in all his work with his shifting identity and the cross-pollination between fact and fiction.

But unlike his novels, he insists, “White” was “never supposed to be a deep dive into anything. It was supposed to be newsy, very much in the present.” He’d resisted the idea of writing nonfiction for years before finally yielding to his agent. “I don’t know how people will take my laissez-faire attitude about Trump and this moment we’re in,” he said.

Ellis’s cool nonchalance applies to his personal life, too. “I’m in a good place in terms of truly not caring,” he said. “It’s freedom, not worrying what people think of you. Not worrying about whether you’re attractive. Not caring about the burdens of sex.”

Ellis finds himself now in his longest relationship to date, with a 32-year-old musician named Todd Schultz. Their courtship, which began 10 years ago at a dinner party where Schultz was the boyfriend of the host (Ellis: “I was the Angelina”), ended what the author called his “louche bachelor years.”

He described their post-2016 household as “a bad sitcom of a crusty old Gen X-er, who’s kind of a lapsed liberal centrist, and my communist gay boyfriend.” In contrast to the self-consciously homoerotic undertones of his early novels, written while he was still closeted, references to his partner now register almost like a comedian’s bit: Todd’s a “political monster” who “sits in front of MSNBC having meltdown after meltdown … yet his bounce-back time is pretty good.” If Schultz stands for the melodramatic, media-obsessed millennial, then Ellis identifies as “the old man on the porch,” whining over the cultural profundity of decades past.

For all his posturing as a jaded, middle-aged relic of a less-woke time, though, Ellis exudes the same youthful spirit he’s always had: of irreverent amusement, quiet irony, indefatigable artistic curiosity. He’s a living embodiment of how, between the pre-digital world of 1985 and today, both everything and nothing has changed. And it’s been Ellis’s life’s work to make us confront the absurdity of that world in all its grimness, comedy and plastic beauty.

But he wouldn’t want us to think too hard about all this. For Ellis, literature, Twitter, politics, relationships, life itself — none of it is meant to be taken too seriously. “Enjoy it! Be interested in the world, delve into it,” he advised. “But let’s not turn everything I write into a public service announcement.”