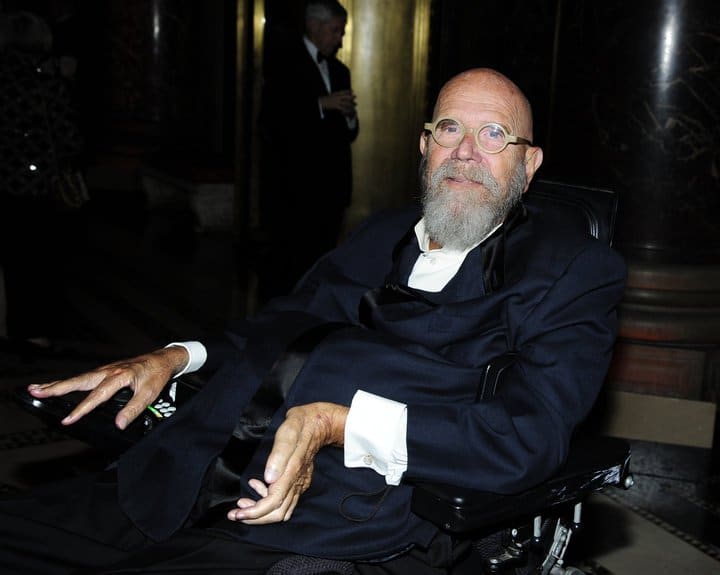 Artist Julia Fox was honored to model for Close. Then, she says, he told her, “Your p***y looks delicious.”

Every day, thousands of commuters pass by a series of 12 mosaics by famed artist Chuck Close, recently installed in the 86th Street station of New York’s Second Avenue subway line. The murals, each 9 feet tall, depict a cross section of New York City cultural icons — Close himself among them, bald and owlish — all rendered in his signature style, photo-based images transposed with meticulous care onto psychedelic grids. They are a reminder both of the diversity of the art world here and of Close’s stature within it: an artist’s artist, at 77 years old.

When Julia Fox passed the murals on her way to her dad’s apartment earlier this year, she was reminded of something else. Anger welled up within her. “I thought about how my dad takes that train and walks by those paintings every day, not knowing that man totally played me,” she said.

In a series of interviews, Fox described an encounter with Close in which she says the artist sexually harassed her. A Yale University graduate student says she had a similar experience. Both women separately told HuffPost of having been invited to Close’s studio to pose for him, of how they were initially honored by the artist’s attention but shocked by the frankly sexual appeals that followed, and of his offer of money on their way out the door — payment for modeling for photographs that were never taken.

Neither encounter involved physical contact. But both alleged incidents left the women feeling shaken and deceived, and they said they were compelled to share their stories in solidarity with the countless women who have silently endured abuse, harassment and discrimination at the hands of powerful men.