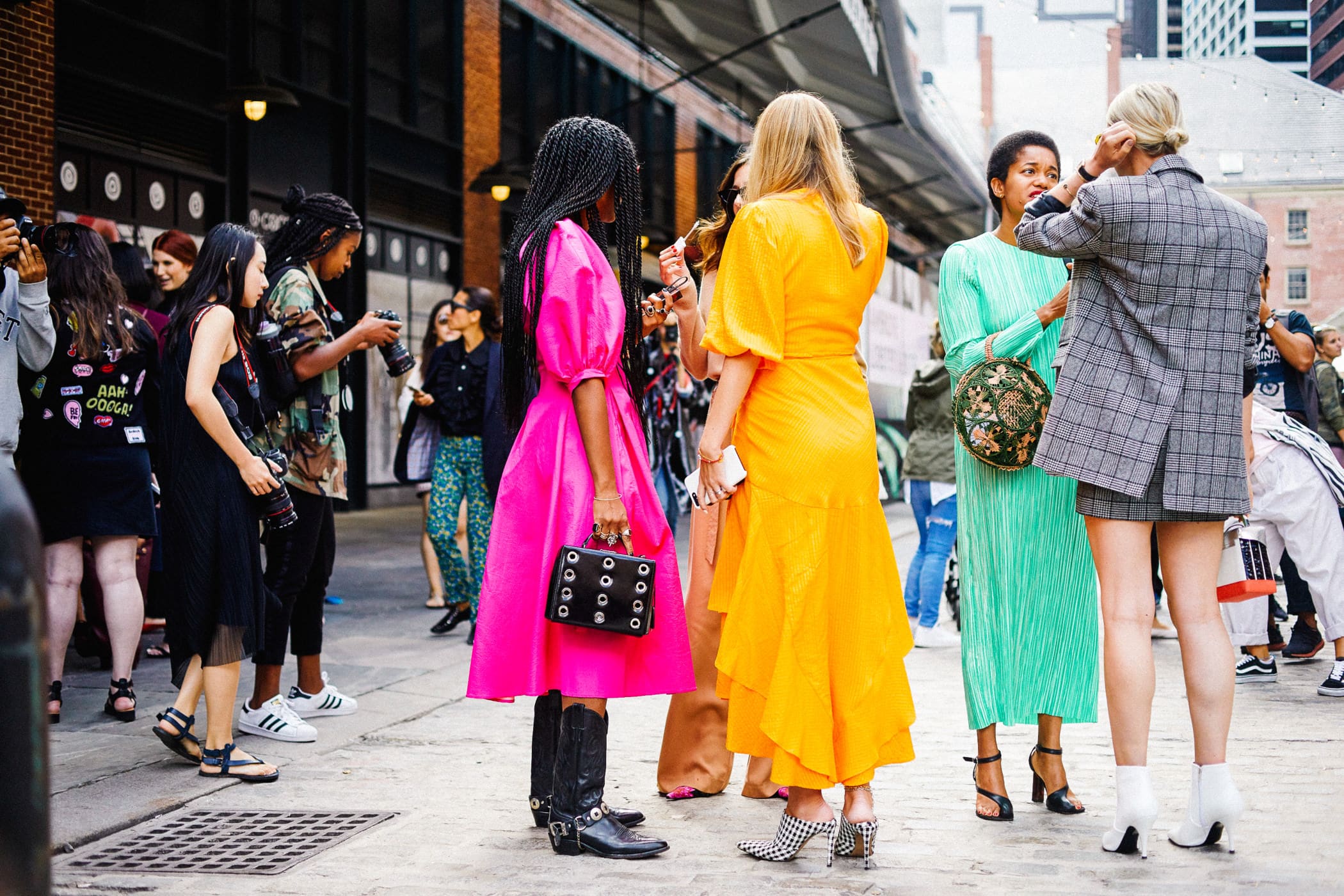 I have had a very dramatic question on my mind since Amelia and I set foot in Paristogether last February for the fall 2017 shows. We sat at a cafe drinking cappuccino at tables that were far too small for our laptops but which we managed to use for work anyway. She was working on a review that would publish when New York woke up four hours later, and I was doing math — adding the cost of our plane tickets to our hotel room to the number of nights we would be in Paris to the food we would most likely consume and the pair of shoes or jacket or sunglasses I would probably end up buyingbecause there is something about Paris that burns a hole through your pocket if you so much as to attempt frugality.

I was also thinking about who reads our reviews, who cares that we cover shows — that with flowery prose we try to make sense of the fashion trends that lay ahead, to unlock the Da Vinci code that is the designer’s most intimate thoughts. Do the readers care? Do they need more than a photo on Instagram to get what they crave: a brief (but often wondrous) look at what’s new? Would they prefer to see glimpses of real life instead? (I know I would!)

So I asked myself: What are we doing here? How did we get here? Is this what fashion is about? Are we acting true to our ethos or simply following along on a track that has been bound toward derailment for years? And then I endeavored to answer this question: What’s the point of fashion? Does fashion week have anything to do with it? Have we conflated the two?

I have always metabolized fashion as my own form of escapism — a temporary tattoothat lets me speak with wild conviction but then take it back whenever I want. Fashion is so much more than just clothing for the people who feel they can let it in; it can become the greatest sum of her parts, a megaphone for articulation where words simply will not work. It can be a drug-free boost that makes a terrible day seem slightly better, a reminder through the depths of desperation that even if nothing else is going as I’ve planned, I’m armed. As Diana Vreeland famously said: “Fashion must be the most intoxicating release from the banality of the world.”