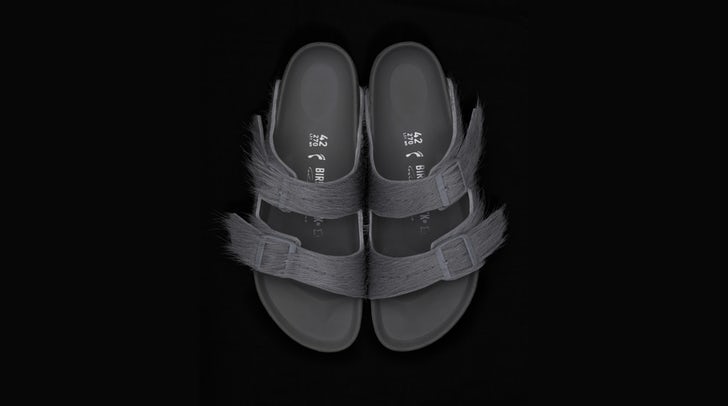 Rick Owens doesn’t shy away from subversion, so in some ways it makes perfect sense that the designer has teamed with Birkenstock, the German footwear brand best known for being fashionably unfashionable.

On March 16, Birkenstock’s travelling mobile pop-up space, The Box, will park outside the Rick Owens store on La Brea Avenue in Los Angeles. To mark the occasion, the designer has reinterpreted three classic styles in four different fabrications, including felt, pony hair and full-grain leather. The pop-up will also feature styles from the comfort-driven, obsession-inducing brand’s main line, as well as select Rick Owens ready-to-wear, furniture and accessories.

A mainstay of the ugly-chic trend beloved by designers and eco-conscious consumers alike, Birkenstock has been courting the fashion industry for some time. In June 2017, it staged its first showcase in the Tuileries Garden during Paris Fashion Week. The following month, it launched The Birkenstock Box in Berlin with retailer Andreas Murkudis, followed by New York with Barneys New York and Milan with 10 Corso Como.