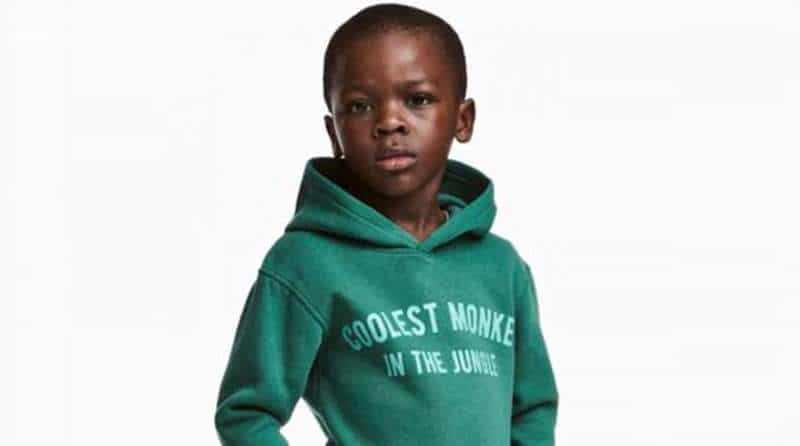 The Swedish clothing retailer faced a barrage of criticism for the picture.

Hennes & Mauritz AB apologised for an image in which a black child modelled a hoodie with the text “coolest monkey in the jungle” after the Swedish clothing retailer faced a barrage of criticism for the picture.

The company said it agreed with those who were upset by the image, which appeared in its online store and showed a black child wearing the hoodie while some other clothing items in the same category were modelled by white children. The image caused an online storm and prompted the Canadian artist The Weeknd to end his collaboration with the clothing retailer.

“We are deeply sorry that the picture was taken and we also regret the actual print,” H&M said. “Therefore, we have not only removed the image from our channels, but also the garment from our product offering globally.”

The controversy comes at a sensitive time for H&M. Its shares slumped more than 30 percent last year amid a disappointing sales development in its physical stores, and analysts slashed their ratings in response. Some 51 percent of analysts now advise clients to sell the shares, the biggest proportion of negative ratings since at least early 2003, according to Bloomberg data.

The Weeknd, as Abel Makkonen Tesfaye calls himself, said in a statement on Twitter that he “woke up this morning shocked and embarrassed by this photo. I’m deeply offended and will not be working with H&M anymore.”

NBA star LeBron James posted a revised version of the photo with the child wearing a king’s crown on his Instagram feed, telling H&M “you got us all wrong! And we ain’t going for it!”