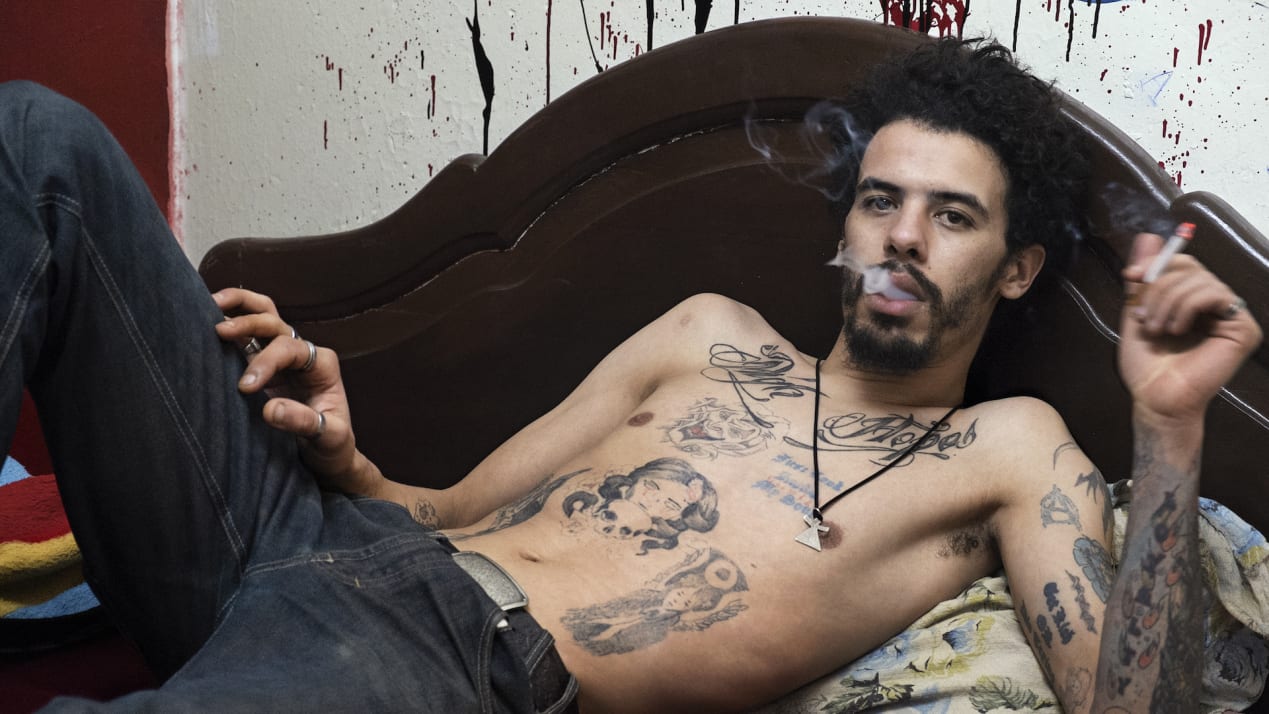 Terrorist. Misogynist. Fanatic. The portrayal of Arab men can often be one-dimensional and unflattering, particularly in Western media.

But two female photographers have sought to confound these stereotypes.

The idea was to present these men as they are, beyond the stereotype, without labeling them as anything.

Scarlett Coten’s “Mectoub” series — recently on display at the Arab World Institute in Paris — explores the subject of masculinity across the region.
Iraqi-Canadian photographer Tamara Abdul Hadi, meanwhile, is currently putting together a book of photos on the subject.
Inspired by the shifting atmosphere following the Arab Spring and her own curiosity about masculine identity, French photographer Coten spent five years from 2012 to 2016 photographing subjects in Algeria, Egypt, Jordan, Lebanon, Morocco, Tunisia and the West Bank.
Her portraits are unconventional, with men staring directly at the viewer, juxtaposed against crumbling buildings and colorful interiors.
Some wear high heels, others wrap themselves in scarves or fur. “The goal is not to portray them as feminine,” Coten tells CNN.
“In a face-to-face meeting we are vulnerable because we reveal ourselves. And this unveiling gives birth to something that is more sensitive.”
Coten won the 2016 Leica Oskar Barnack Award for her series of striking photographs.
“Mectoub” is a play on words between the Arabic “maktub” which means “it is written” and the colloquial French word “mec” for “guy.”
While Coten spent 15 years working as a photographer in Arab countries — including a stint in the barren Egyptian desert living with Bedouin tribes — she remained conscious of the fact that she was foreign, French and, most importantly, female.
continue reading