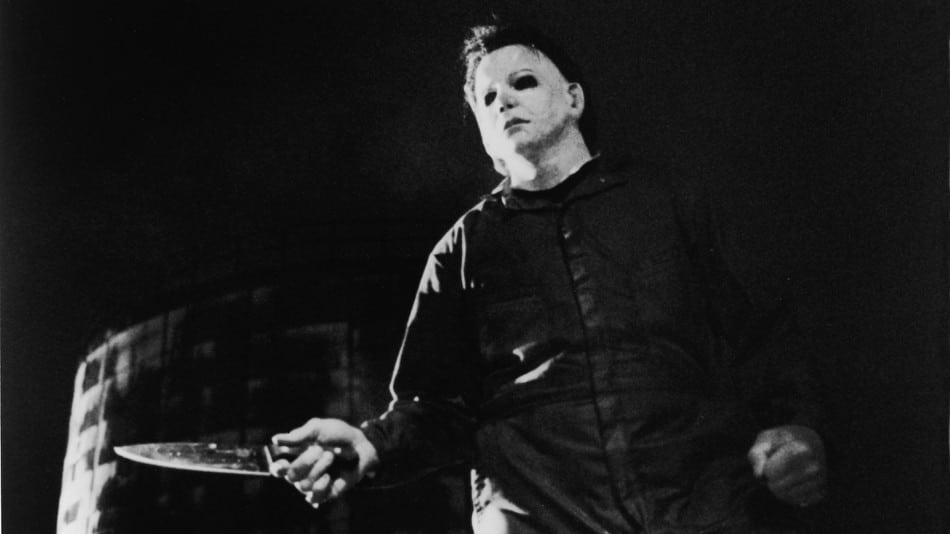 WRITE THRU SATURDAY 7:33 AM after 12:15 AM post: The 11th sequel in a horror franchise, executive produced by the series’ creator John Carpenter, starring the series’ original actress (Jamie Lee Curtis) in a female survivalist tale that speaks to today’s times seems to be a recipe for box office success.

Universal/Miramax/Blumhouse’s Halloween are coming in at $33.2M for Friday (including a great $7.7M Thursday night) making it the second-best first day for a horror movie after It ($50.4M), on a killing spree to become the second-highest domestic horror opening of all-time at $80.5M (also behind It’s $123.4M) and the biggest opening of October, upsetting Venom‘s $80.2M record from three weekends ago. As we’ve mentioned, so far the box office trajectory many are using for Halloween is roughly akin to The Nun and It with Thursday previews accounting for 23% of Friday’s ticket sales, a Saturday that’s down in the low double digits (-10% to -15%) and a Sunday that’s down in the 35%-40% range. More amazing? Halloween isn’t getting any goosing from Imax which propped the opening weekends for It and Nun.

Also as we already mentioned, it’s a record weekend for the Carpenter franchise, Blumhouse (their last record debut being Paranormal Activity 3 at $52.5M) and a great launch for the revived Miramax under Bill Block and Nasser Al-Khelaifi.

There was a huge horror reboot craze in the wake of Platinum Dunes/New Line’s 2003 Texas Chainsaw Massacre ($28M, $80.5M domestic), the wake of which saw dusty slasher properties in the hands of edgy directors. In that case, it was German director Marcus Nispel, and in the case of Halloween it’s filmmaker David Gordon Green, and Danny McBride as EP/screenwriter, giving the 40-year old universe an auteurish tone combined with McBride’s dark sense of humor. More reboots followed in the wake of Texas Chainsaw Massacre, like 2005’s Amityville Horror ($23.5M opening, $65.2M domestic), 2009’s Friday the 13th ($40.5M opening, $65M domestic), 2010’s Nightmare on Elm Street ($32.9M opening, $63M) and even 2007’s Halloween ($26.3M, $58.2M) — all of them repping opening records in their franchises. But the craze died out to the point where Paramount pulled the plug on a Friday the 13th movie a few years ago; its Rings last year was DOA with a $13M opening. Meanwhile, Weinstein’s Amityville: The Awakening skipped a full theatrical play after several release date changes and went the theatrical/VOD release on Google Play.

What’s the difference here in resuscitating Halloween? Involving the franchise’s original creator Carpenter, star Curtis as an EP and, yes, Malek Akkad who owned partial rights with the Weinsteins, and whose late father Moustapha Akkad produced the Halloween movies from 1978 to 2002. Such attachments speak to the brand’s core fans who show up at the theater and bring their kids and future generations as well. It’s a reboot plan not unlike what Universal executed with Jurassic World with that series’ original director Steven Spielberg still serving as EP and Disney with Star Wars: The Force Awakens and its original stars Harrison Ford, Mark Hamill and the late Carrie Fisher. In fact, Disney, maybe you want to reconsider killing off Han Solo and Luke Skywalker? There’s a business nowadays in classic franchises including their original stars; that could help with future Star Wars sequels. It’s what Paramount and Skydance are currently doing with Terminator, with Linda Hamilton and Arnold Schwarzenegger both returning at the same time since 1991’s Terminator 2 plus series original filmmaker James Cameron in a producing role.

Tonight Halloween gets a B+ CinemaScore, the highest grade for the series since 2002’s Halloween: Resurrection which also earned a B+; that was the last time Curtis played Laurie Strode. On ComScore/Screen Engine’s PostTrak, Halloween is three-and-a-half stars, 75% overall positive with Men 25+ leading the way at 32% followed by F25+ (28%), M25- (31%) and F25- (19%) — the latter who are giving the pic its best scores at 78%. Sixty percent definite recommend with Caucasians repping 47% of all moviegoers, 24% Hispanic, 17% African Americans and 6% Asian. Note these exit polls update throughout the weekend.

Huge attaboy here to Universal’s domestic distribution boss Jim Orr and international chief Duncan Clark. The third weekend of October is typically a place for distributors to toss a bulk of counterprogramming that often pales (last year there were, crazily, five wide releases at this time, four in 2016, and four in 2015). Historically Universal via former distribution vet Nikki Rocco has long preached the belief that when you got the goods, you can play them anywhere on the calendar. The third weekend of October has also proved to work for scary movies looking to leg into the Halloween holiday, which is what Blumhouse has done previously with the Ouija movies and Paranormal Activity 2, 3 and 4.

RelishMix noticed in regards to the positive buzz on social that “fans are discussing the original, how its plot lines up with this 2018 film — and the many chapters of the series between 1978 and how 40 years later.  Lots of horror fans, whether or not they’re ‘all in’ for Halloween, are impressed by the clips and presentation of Michael Myers they’ve seen so far.  And, similar to superhero convo, even Halloween fans who aren’t convinced by this latest offering are still saying they have to go to theaters to see it. There are even those suggesting that there should be a rebooted face-off between Myers and other horror favorites, like Jason of the Friday the 13th series.”

Halloween made its initial splash on social last fall when Curtis debuted an image of herself on the famous front porch with Michael Myers lurking. The first trailer launched in June with an eyebrow-raising 23M views in the first eight hours and has clocked north of 160M views to date. Uni lit up word of mouth on Halloween like a bonfire with a world premiere in the Midnight Madness section of TIFF and another screening at Austin’s Fantastic Fest. Halloween‘s social media universe across Facebook, Instagram, Twitter, and YouTube views counts 192.1M, well above the genre pic’s 103M social media universe count. Curtis is the social media leader with 2M followers. Video materials have flown around the internet at an alarming rate of 96:1, compare that to a horror film’s average 13:1 viral rate. RelishMix reports that Halloween is also ahead on average daily new Facebook fans with 3.7K, also ahead of the benchmark 3.3K.  Hashtags/tags for #Halloweenmovie and @Halloweenmovie are in the 26-32k range which is average for a horror pic but add in the unofficial #Halloween hashtag at over 63k per day, and that throws Twitter activity over 100k per day, which is exceptional. Meanwhile, holdover #Venom continues to fly well in the 55-62k hashtags per day this week.

The Curtis slasher will profit greatly given its $15M production cost split evenly between Miramax and Blumhouse (Universal took overseas rights and is handling the pic for a fee): Blumhouse’s Split off a $9M production, $80M P&A and $278.4M global gross cleared $68M-plus in black ink at the end of the day. Get Out, which cost less at $4.5M, $77M worldwide P&A and $255.4M worldwide box office, earned an estimated $124.8M in profit.