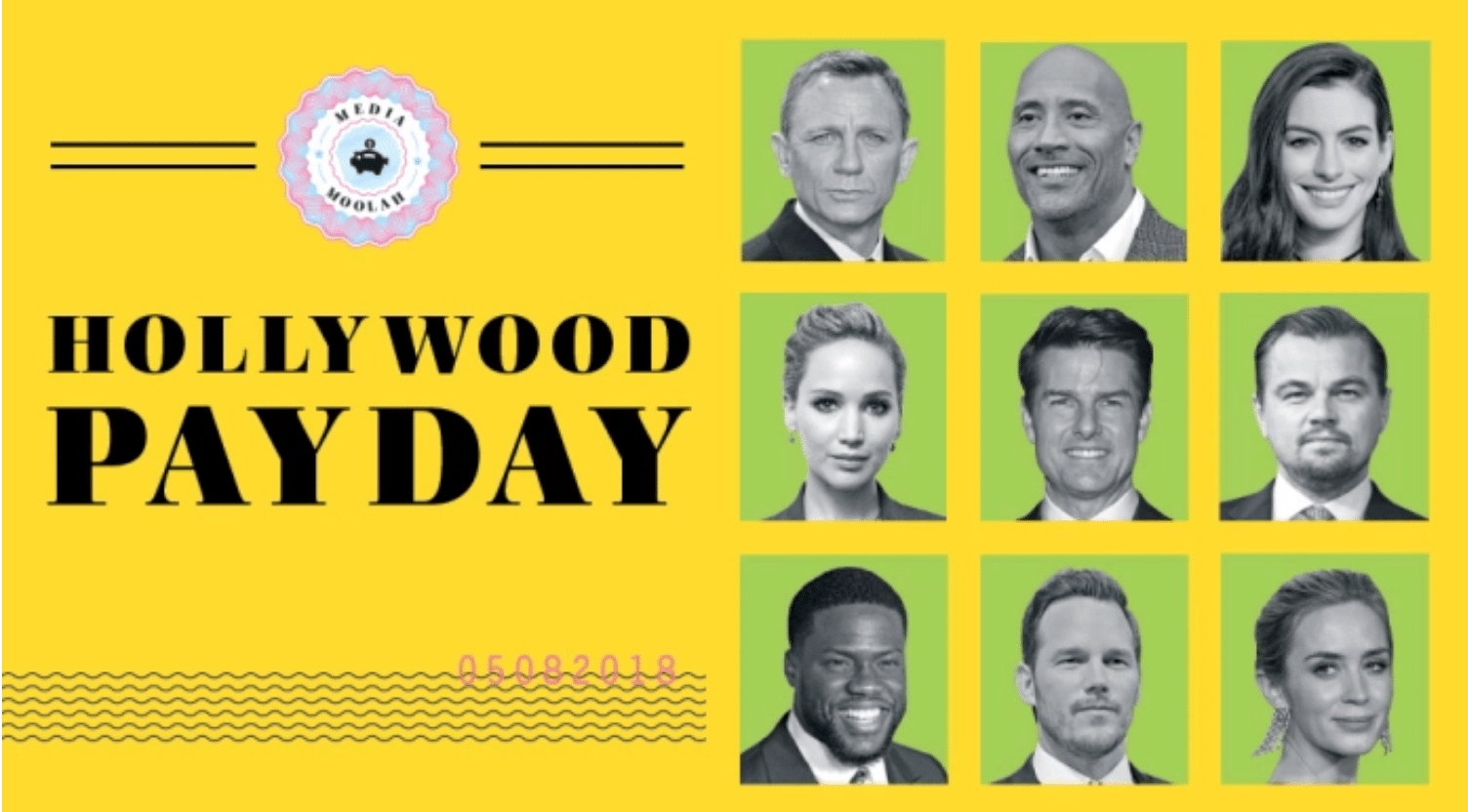 Movie stars don’t shine as brightly as they did a decade ago.

In the 1990s and early aughts, the likes of Julia Roberts, Will Smith, Tom Hanks and Jim Carrey routinely commanded salaries of $20 million for every film they anchored, plus enjoyed substantial profit participation from the first ticket sold at the box office. Those glory days are essentially gone, and the number of actors who can demand pay packages on that order is ever dwindling. Part of the problem is that costumed superheroes and Jedi knights became the big attraction at movie theaters. The size of a film’s opening weekend no longer hinges on the popularity of the actors who grace its poster. Special effects are the stars these days and the place where studios are spending the bulk of their money.

But don’t weep for Hollywood’s A-listers — they’re doing just fine, thank you very much. A few actors, such as Dwayne Johnson, Vin Diesel and Robert Downey Jr., can even still receive north of $20 million for a big movie, though those checks are usually handed out for only major franchise installments and often are tied to reaching a significant number of box office milestones. In fact, Downey’s performance as Iron Man is so profitable that he makes a mint for glorified cameo appearances. The actor picked up $10 million for roughly 15 minutes of screen time in “Spider-Man: Homecoming.” Getting him to show up for an Iron Man-centric adventure will take more than twice that amount.

Other actors are willing to juggle art and commerce, even if it means taking a salary cut. Leo­nardo DiCaprio is worth $20 million in a crowd-pleaser like “Inception,” but he’s halving his salary for Quentin Tarantino’s “Once Upon a Time in Hollywood” in order to trigger a sprawling historical epic with dicey commercial prospects.

Often, stars are being asked to bet on themselves. Actors and directors who work for the low-budget horror film specialist Blumhouse receive only scale, which amounts to a few thousand dollars a week and helps the production keep its costs low. In exchange, they receive a taste of the film’s back end, which can lead to a rich payday, as Ethan Hawke found when he appeared in 2013’s “The Purge.” The film topped out at $89.3 million worldwide, giving Hawke a $2 million bonus.