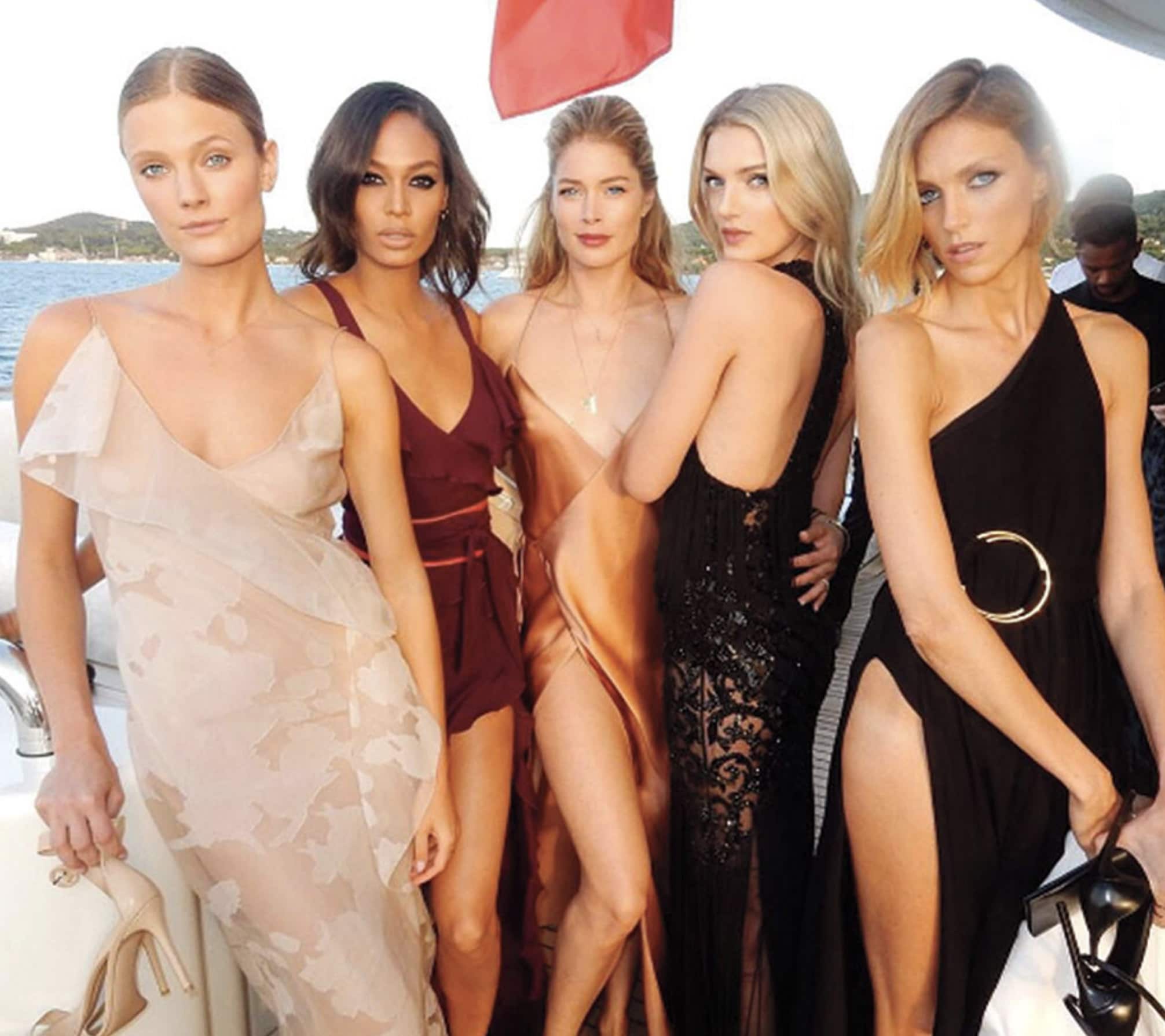 According to the Justice Department, certain donations to the Oscar winner’s charity came directly from a multibillion-dollar embezzlement drama in Southeast Asia.

On the evening of July 20, under a tent at a vineyard in St. Tropez brimming to his specifications with booze, billionaires and babes, Leonardo DiCaprio was preparing to host one of the glitziest charitable events of the year: the third annual fundraiser for his Leonardo DiCaprio Foundation. Earlier that same day, under far less glamorous auspices half a world away, the U.S. Department of Justice was filing a complaint with the U.S. District Court in downtown Los Angeles that suggested the recent Oscar winner is a bit player in the planet’s largest embezzlement case, totaling more than $3 billion siphoned from a Malaysian sovereign wealth fund called 1MDB.

While the complaint does not target DiCaprio — he’s referred to twice in the 136-page document and only as “Hollywood Actor 1” — the scandal shines an unfamiliar light on the charitable foundation of the most powerful actor in Hollywood thanks to the way the LDF has benefited directly from DiCaprio’s relationship with key figures in the saga. And much like the gala in St. Tropez, with its expressions of one-percenter excess ostensibly in support of saving the environment (guests helicoptering in to dine on whole sea bass after watching a short film about the dangers of overfishing), a closer look at the LDF itself raises questions about its ties to the 1MDB players as well as the lack of transparency often required (or offered in this case) for the specific structure the actor has chosen for his endeavor.

Set up not as a nonprofit but instead as a donor-advised fund (DAF) attached to the California Community Foundation, which is a nonprofit, the LDF therefore is not required to file itemized public disclosures about its own revenue, expenditures and disbursements. “It’s difficult to characterize the giving of the DiCaprio Foundation because its status as part of the CCF makes it impossible to look at its finances,” industry trade journal Inside Philanthropy noted in 2015.

Despite repeated efforts, DiCaprio, 41, the LDF and the CCF all declined to fully answer fundamental questions related to transparency and accountability of the foundation — a decision that disappoints charity experts consulted by THR. “Everything might be perfectly fine, but we don’t know,” says Aaron Dorfman, president of the Washington, D.C.-based National Committee for Responsive Philanthropy, of the LDF.

Among the questions asked: Who pays for the LDF’s six-member staff (the CCF is not allowed to cover the expense) as well as underwrites the events and other operating costs? What’s the total overhead, and how much of the money raised goes into operations versus charitable grants?

Also, is the LDF’s global finance chairman, Milutin Gatsby — a Serb likely originally known as Gijic — operating under a pseudonym? (Yes, Gatsby-and-Gatsby jokes were on the lips of just about everyone at the St. Tropez event.) The LDF wouldn’t make Gatsby available for comment.

(It also is unclear whether the DOJ will try to recoup 1MDB assets donated to the LDF. The Justice Department would not comment, other than to say this is an ongoing investigation. THR has learned, however, that charities are not off-limits in such asset-seizure cases.)

Notably absent this year was Jho Low, 35, the bespectacled Malaysian businessman and party boy at the center of the 1MDB scandal who, at least as early as 2010, became a regular drinking buddy of DiCaprio’s (the biggest star on a roster of Low’s celebrity friends that includes Paris Hilton, Jamie Foxx and Alicia Keys). Low, notorious for stunts like sending 23 bottles of Cristal to Lindsay Lohan for her 23rd birthday at the club 1OAK in Las Vegas in 2009, is alleged in the DOJ complaint to have used roughly $1 billion in 1MDB funds for a personal shopping spree. This included the acquisition of a $31 million penthouse in Manhattan’s Time Warner Center, once occupied by Jay Z and Beyonce, and a $39 million Hollywood Hills mansion a few doors down from DiCaprio.

Low, who graduated from Wharton School of Business in 2005, in 2009 was brought into the inner circle of Malaysian Prime Minister Najib Razak as an adviser on a precursor to the 1MDB wealth fund. Despite only earning the bit-part title of “Malaysian Official 1” in the Justice Department complaint, Razak is the key figure at the heart of the scandal. But it’s Razak’s stepson Riza Aziz who provides the link to both Low and DiCaprio. It was Low who introduced Aziz to Joey McFarland, previously Hilton’s party booker, and together they set up Red Granite Pictures. Red Granite eventually would surprise Hollywood insiders by landing the rights to DiCaprio’s passion project The Wolf of Wall Street. The DOJ complaint alleges, however, that the financing for the film came from a $238 million pot of money siphoned from the 1MDB fund. (Red Granite maintains it is cooperating with all inquiries; the company still has an office above DiCaprio’s own Appian Way in a Sunset Strip midrise opposite Soho House West Hollywood.)

The 1MDB saga has been Hollywood-tinged from the start. Tim Leissner, the Goldman Sachs banker who brokered the deal that set everything in motion, is Kimora Lee Simmons’ husband. (He since has left the firm.) Low was given a “special thanks” in the film’s credits and hailed as a “collaborator” in DiCaprio’s 2014 Golden Globes acceptance speech. The Malaysian returned the favor in grand fashion with splashy bromantic gifts — in one instance, according to the DOJ, he and the Red Granite execs brought DiCaprio along on an $11 million gambling bender in Las Vegas; in another, they reportedly laid out $600,000 to gift him Marlon Brando’s best actor Oscar statuette for On the Waterfront. (DiCaprio — who has a notable habit of buddying up with smooth dudes who end up in federal prison for money crimes, from late investment adviser Dana Giacchetto to art dealer Helly Nahmad — still was several prestige roles away from finally claiming his own.)

They also made donations to DiCaprio’s foundation. At the actor’s birthday party in 2013, Low and McFarland were among those who reportedly helped raise more than $3 million for the charity by buying marked-up bottles of champagne. Earlier that year, diverted 1MDB funds were alleged by the DOJ complaint to have been used by Low to purchase a pair of artworks (for a total of $1.1 million) by Ed Ruscha and Mark Ryden at a Christie’s auction benefiting the LDF (one of many buys during a spending spree that shook the art world). And at the glittering St. Tropez auction held in 2015, with the likes of David Geffen, Paul Allen, Tom Barrack and Harvey Weinstein in attendance, Low offered the LDF a sculpture by Roy Lichtenstein, 1982’s Brushstroke, valued at roughly $700,000. But Low wasn’t there to see it go under the hammer; instead, he is believed to have fled to Taiwan — which has no extradition treaty with the U.S. — as the net of international investigators began closing in.