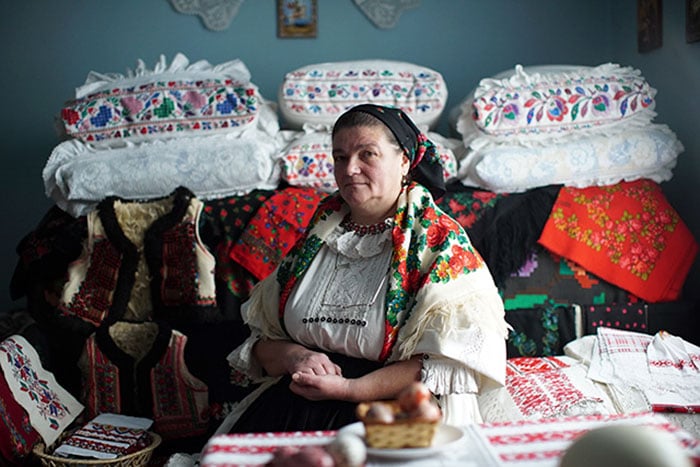 Fashion brands quite often come under fire for shamelessly plagiarising other brands or artists and “borrowing” elements from local cultures.

Last year, when Dior’s pre-fall collection came out, people began to notice that some of their clothes looked oddly familiar. The designs put the small Romanian region of Bihor in the spotlight. As it turns out Dior’s coat bears a stunning similarity to the traditional Bihor coat. The famous fashion house is now selling the coat for a striking sum of 30,000 euros, however, none of the proceeds will go to Bihor’s community, since Dior never credited the source that may have fuelled their inspiration.

This whole situation began a genius new way to fight against cultural appropriation. Romanian fashion magazine, Beau Monde, launched a campaign to set things straight. With the help of native Bihor craftsmen and designers, they created a brand new fashion line which helps preserve their traditions. This is how Bihor Couture was born. The project allows fashion enthusiasts to buy authentic traditional Bihor clothing for a much cheaper price, while directly paying the local craftsmen who made the clothes.

Scroll below to see Bihor’s designs!