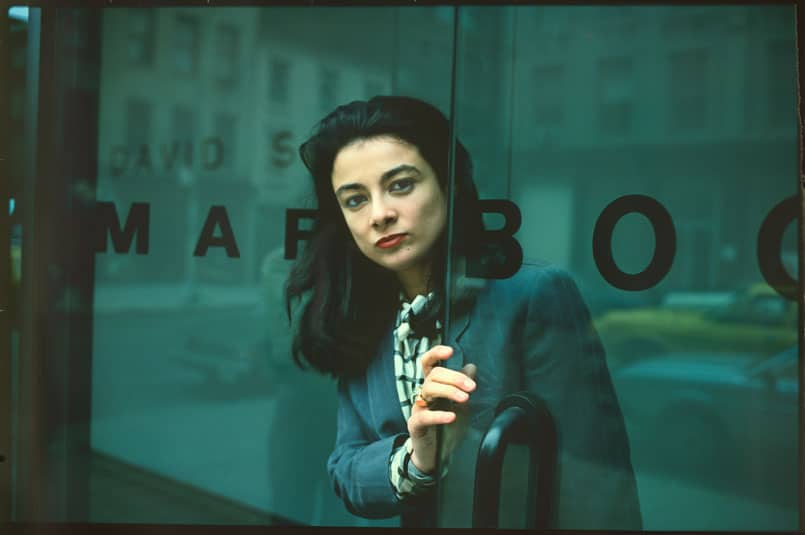 Despite pleas from art world stars such as Ai Weiwei and Jeffrey Deitch for leniency and a legal defense based on mental instability, prosecutors in New York are seeking prison time for art dealer Mary Boone, who pleaded guilty last year to evading $3 million in taxes between 2009 and 2011. The penalty could be up to three years in prison.

According to court documents obtained by the New York Times, prosecutors say Boone used her gallery’s money to pay for personal expenses, falsely claiming them as business-related deductions. This includes $793,003 to renovate her Manhattan apartment and around $300,000 for salon visits, jewelry, and fashion items from brands such as Hermès and Louis Vuitton.

Prosecutors say Boone hid her purchases by falsely filing them under categories such as “commission” and “fee/design” in handwritten gallery tax records. They also allege that she fabricated business losses when in father gallery was profitable.

Boone’s defense team asked Judge Alvin K. Hellerstein of the Federal District Court of Manhattan to go easy on her, arguing that her actions stem from mental instability and difficult childhood. They say Boone suffers from anxiety and depression, and that she had an irrational fear that financial ruin was looming.

If that were so, prosecutors say, Boone would have saved the un-taxed money instead of spending it on luxurious personal projects. “Boone’s conduct clearly demonstrates that she was motivated by greed and a desire to maintain her lavish lifestyle,” they wrote. “Even if it meant breaking the law.”

They also argue that the dealer, who has sold works by blue-chip artists such as Julian Schnabel, Jean-Michel Basquiat, and Eric Fischl, had earned a level of wealth and success that “most people can only dream about,” and that she was far from destitute.

Although dozens of artists, dealers, and colleagues of Boone’s wrote letters to the court in her defense, not everyone in the art world is convinced she deserves leniency. On Twitter, critics Jerry Saltz and Paddy Johnson sparred about the proper solution. 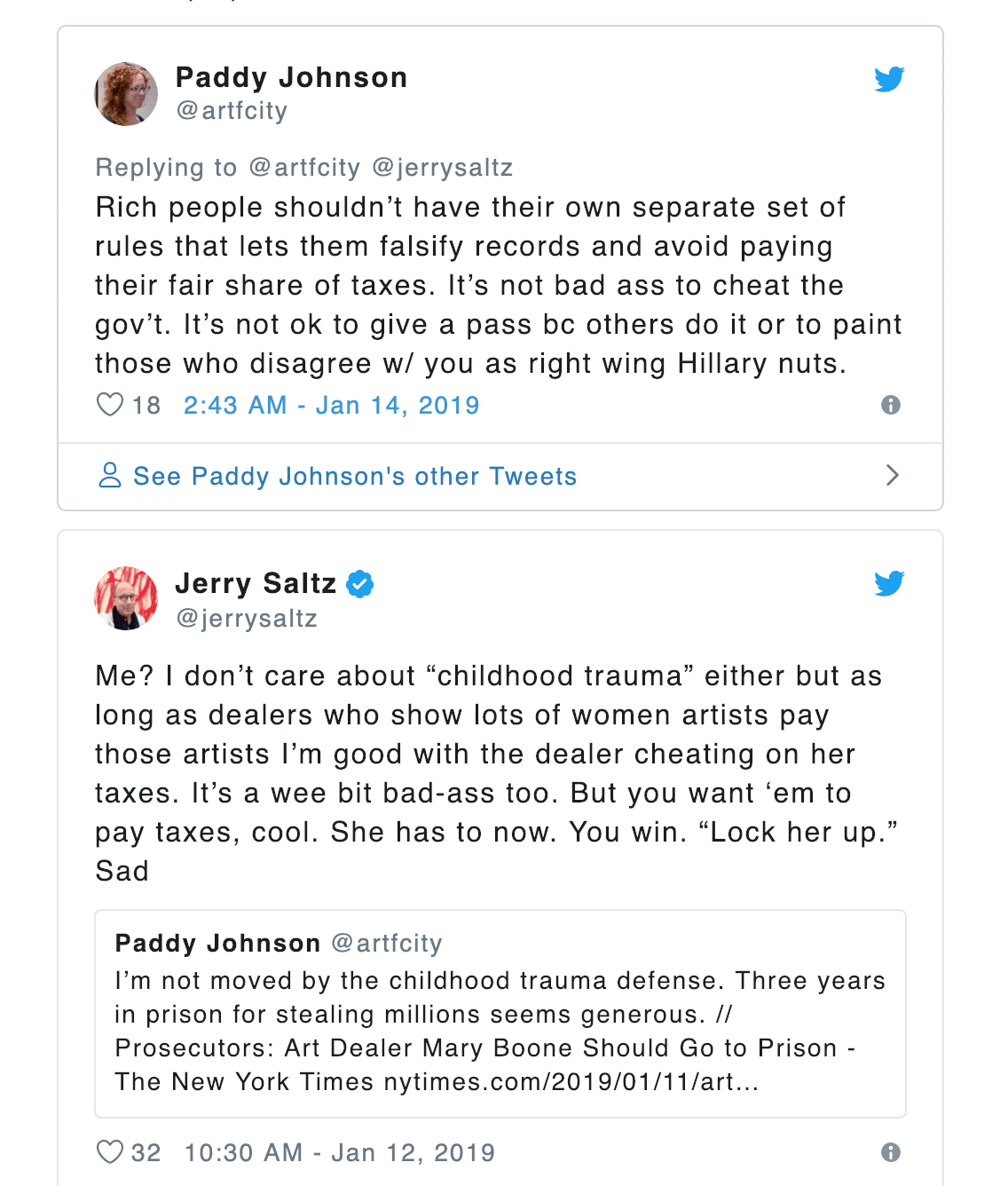 Rich people shouldn’t have their own separate set of rules that lets them falsify records and avoid paying their fair share of taxes. It’s not bad ass to cheat the gov’t. It’s not ok to give a pass bc others do it or to paint those who disagree w/ you as right wing Hillary nuts.

Me? I don’t care about “childhood trauma” either but as long as dealers who show lots of women artists pay those artists I’m good with the dealer cheating on her taxes. It’s a wee bit bad-ass too. But you want ‘em to pay taxes, cool. She has to now. You win. “Lock her up.” Sad

Boone is due to be sentenced on January 18th.