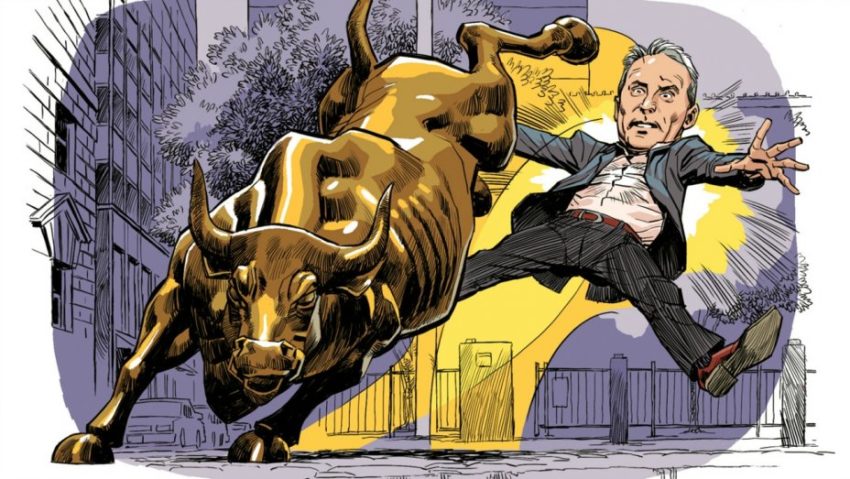 Faced with the potential for its stock to fall below $20 on the first day — stripping hundreds of millions from its valuation — top execs pulled the plug as its headstrong CEO declares, “We’re not willing to undervalue our company.”

It was past 4 p.m. on Sept. 26 and the stock market had closed for the day as WME president Ari Greenburg and other executives sat in a car making their way to the New York Stock Exchange. They were going to preside over the unfurling of a banner bearing the name of his agency’s parent, Endeavor Group Holdings, that was to be on display when the markets opened the next morning. The company was about to make history as the largest Hollywood agency to go public and the first to do so since ICM’s brief foray in the ’80s.

Then Greenburg got the call: The banner would not be needed. The bold plans of Endeavor CEO Ari Emanuel, executive chairman Patrick Whitesell and their backers at Silver Lake Partners had abruptly gone from dream to debacle. The dramatic last-minute decision to pull the plug on the IPO was not just an embarrassment. It was at least a temporary end to the hope of raising capital to pay down Endeavor’s heavy debt and finance further expansion. And it has created a morale problem for some 400 of Endeavor’s 7,000 employees who hold shares and had been convinced by the leadership to sit tight and be rewarded by buying mansions (or mega-mansions) with IPO loot.

But as awful as those consequences were, the principals felt pulling the plug was far less sickening than watching Endeavor’s stock open low and then potentially fall by double digits, stripping hundreds of millions from the company’s valuation. Emanuel had hoped to raise as much as $600 million from the IPO, which would have valued the company at as much as $8 billion, but those numbers shrank as the offering neared. “Endeavor is highly leveraged for its size, and that’s a major concern,” notes Tuna Amobi, an analyst with CFRA, who adds, “The timing was bad, and that’s a large range of pricing for their shares, which suggests trepidation from the bankers.”

The Endeavor team had been through an exhausting slog over the previous two weeks: 65 meetings in seven cities to court investors. But it was a tough time to try going public. The market was unforgiving (see Uber and WeWork), and Endeavor did not have a simple story to tell. (The Writers Guild would claim that its standoff with agents created turbulence, too, though a source says that never came up during the roadshow.) Despite the potential for trouble, an Endeavor insider says Emanuel “doesn’t choose the easy path.” And who knew when the market would calm down? “In the world we live in,” says the insider, “waiting for a calmer time was not possible.”

And the thing seemed doable. Emanuel, Whitesell, Endeavor president Mark Shapiro and board chairman and Silver Lake managing partner Egon Durban had desirable buyers lined up. They thought they had overcome doubts on big points. Prospective investors had objected to a stock structure that would have made it difficult for the board to make management changes. This type of structure is not uncommon for companies with superstars at the helm — Facebook, for example — and apparently Emanuel and Whitesell were cast in those roles.

But that wasn’t the main sticking point, according to an insider who says the biggest obstacle for prospective investors was the need to accept that Endeavor couldn’t be expected to generate profits as predictably as a company in a less volatile business might.

In the decade since Endeavor merged with the William Morris Agency, the company had grown (expensively) to include everything from IMG (acquired for $2.4 billion) to the UFC ($4 billion) to the Miss Universe Pageant (purchased from Emanuel’s ex-client Donald Trump). “How do you model it when you make money 20 different ways?” asks a source.

Yes, Endeavor is more than a talent agency, but still, some of its ways of making money — the ones involving movies, for example — are highly unpredictable. The principals argued that though Endeavor was not so easy to explain as a quarter-to-quarter business, it would make sense year to year. The morning of Sept. 27, the key players gathered at the Goldman Sachs offices, planning to move ahead. They believed the stock could start at $28 or even $30 a share. The idea was to price it low enough that it would go up about 10 percent on the first day of trading, signaling its attractiveness. But even before the market opened, it became clear that fitness company Peloton’s rough IPO was going to cause problems. Endeavor’s listing price range was adjusted from $30 to $32 a share to $26 to $28.

Then Peloton launched, and instead of starting at the projected $29 a share, it traded at $27. Instead of shooting up to maybe $35, by the end of the trading session its share price had fallen more than 10 percent in the third-worst public debut of the past 10 years. The Goldman advisers said, in essence: “The market’s gone crazy. What about going out at $26, $25?” It was doable, but a quick canvass revealed that Endeavor would not attract the right quality of investor. The principals saw the horrifying potential for the stock to drop below $20 on its first day, pulverizing the company’s valuation. They pulled the plug, opening themselves to recriminations within the agency and kicking off something of a schadenfreude festival in Hollywood. Emanuel sent an email to staff soon after the decision was made, around 5 p.m. ET. It read in part, “While I know this may be disappointing, we’re not willing to undervalue our company.”

Says one WME agent of the move: “Everyone was told before it was announced in the press. We were told in the most respectful way possible. And everyone was supportive of the decision. There were no negative feelings at all, despite what is being reported. Everyone wants to count us out. But Ari is as bullish as ever.”

Still, Emanuel, Whitesell and Shapiro made phone calls to staff through the weekend to reassure jittery insiders. Endeavor has used stock to compensate many employees, who were expecting to cash in after a one-year lockup period ended. The company has permitted them to sell some of their stock at certain points and will launch another such program in 2020 to help prevent some from heading for the exits. (Emanuel himself has taken more than $160 million out of the company, according to its S-1 filing.)

Endeavor sources say the company has enough cash to service its debt and the failed IPO will crimp potential acquisitions but will not level the company. Some suggest deconsolidation and layoffs might now be in the cards. “A path forward for Ari [Emanuel] and Endeavor means changing its culture and aspirations. It means getting smaller by unloading units and people that are not profitable,” says Gene Del Vecchio, an adjunct professor of marketing at the USC Marshall School of Business.

Several factors conspired to doom the Endeavor IPO, for now, says Mary Ann Halford of OC&C Strategy Consultants: Industry risk due to the battle with the WGA; the financial risk of debt that is about eight times EBITDA; and the market risk caused by “recent IPO failures.”

As for the question of trying again, a source says Endeavor will take a breather and revisit it, perhaps in six months. The company issued a statement, saying, perhaps wistfully, “Endeavor will continue to evaluate the timing for the proposed offering as market conditions develop.”