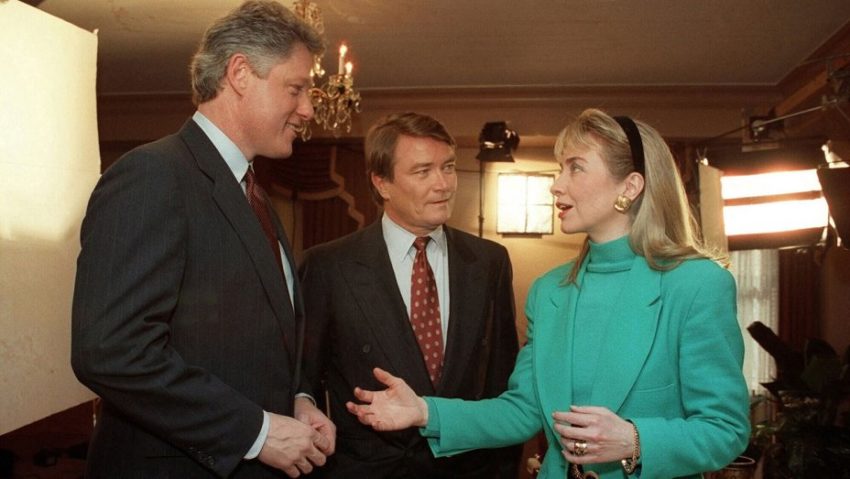 The show’s longest-tenured correspondent is known for his incisive interviews and impactful investigations. But he admits, “I’m not easy.”

Steve Kroft, the longest-tenured 60 Minutescorrespondent, will retire at the end of his 30th season on the iconic newsmagazine. His last piece — about what could be the biggest money laundering scheme ever — will air Sunday on the show’s 51st season finale. Kroft, 73, will announce his plan to step down at the conclusion of the broadcast. In September, 60 Minutes will air a retrospective of Kroft’s 50-year career in journalism.

Kroft’s exit comes in the wake of a difficult period for CBS News and 60 Minutes. The show and the news division overall were under intense scrutiny for nearly two years following the ouster of Charlie Rose in November 2017, amid widespread misconduct claims, and culminating last September with the exit of longtime executive producer Jeff Fager. But the ascension of Susan Zirinsky to president of the division and the February appointment of 60 Minutes executive Bill Owens to succeed Fager lifted a cloud of anxiety. Kroft’s decision to leave the show now, at the relatively tender age of 73, is notable for a show known for the longevity of its correspondent corps. Mike Wallace was nearly 90 when he filed his last piece, a 2008 interview with Roger Clemens. Morley Safer was 84 when he retired in 2016. Lesley Stahl, 77, who joined 60 Minutes in 1991, now becomes the show’s longest-serving correspondent. But Kroft also has slowed down in recent years, filing approximately eight to ten pieces a season for the past two seasons. And those who know him say he has been talking about retiring for some time.

Kroft has filed nearly 500 pieces for 60 Minutes, including stories that are among the broadcast’s most indelible interviews. His 1992 sit-down with Bill and Hillary Clinton — which aired after the Super Bowl and was watched by 34 million people — was remarkable for its wincing candor. Bill Clinton was fighting to save his candidacy after a supermarket tabloid revealed his 12-year affair with Gennifer Flowers. And he was visibly peeved when Kroft asked if the Clintons’ marriage was “an arrangement.” Then, of course, Hillary Clinton infamously invoked Tammy Wynette. And then a light fixture came crashing down on the Clintons, causing them to jump off the sofa.

“It was by far the biggest interview I’d ever done and I remember being nervous,” Kroft tells The Hollywood Reporter.

At that point, he had been at the broadcast for fewer than three years.

“It began awkwardly because of the delicate subject matter, but as Hillary got more involved and joined in the conversation, I knew we had a good story. When she made the Tammy Wynette remark, I knew we were home free,” he said.

He landed the only interview with Woody Allen during his acrimonious custody battle with Mia Farrow. His 1997 interview with Clint Eastwood was notable for its probing questions about Eastwood’s role as a father; he had seven children with five women. Was this not “somewhat unconventional?” asked Kroft. Eastwood fixed him with a stony glare.

“I kept thinking how long is this silence going to last and what do I do about it and how do I get out of here?” he said. “The thought crossed my mind that he might walk out. Clint has gotten a lot of mileage out of that look over the years. It’s very effective.”

He conducted 16 interviews with Barack Obama, including days after the 2011 assassination of Osama bin Laden. And his jailhouse interview with former nurse Charles Cullen — who authorities believe killed hundreds of people — was the only time a serial killer appeared on 60 Minutes.

But Kroft’s biggest contribution to the show — and journalism — have been his investigations. Kroft and his producers uncovered Saddam Hussein’s hidden financial assets, estimated in the billions of dollars; the report attracted worldwide attention. A 2011 story on insider trading in the U.S. Congress drove the passage of Senate and House versions of the STOCK Act (Stop Trading on Congressional Knowledge). He exposed Greg Mortenson’s fabrications in the author’s best-selling book, Three Cups of Tea. A 2006 report uncovered the stunning theft of $500 million by Iraqis the U.S. entrusted to re-equip the country’s army.

But he says the story that had the most impact on him was an October 2001 report about financial firm Sandler O’Neill, which lost 70 people — a third of its employees — in the World Trade Center attacks.

“In the days following the disaster, the surviving partner, Jimmy Dunne, allowed us to follow him and other managers as they planned the funerals, comforted and counseled the families, and against impossible odds, kept the company running during the worst days,” he said. “It survived and is thriving today.”

Kroft was born in Kokomo, Indiana, and grew up there and in Chappaqua, New York. He attended Syracuse University, where he volunteered at the school’s radio station and newspaper. He graduated in 1967, just in time to be drafted into Vietnam. He served one tour, working as a correspondent and photographer for Stars and Stripes and the Armed Forces Network. He wasn’t afraid to go to Vietnam, “but I can’t say I was looking forward to it,” he said. “I only had two other choices: go to Canada or go to jail.”

After returning stateside, he landed a job at a Syracuse station and then did stints at local stations in Florida. He joined CBS News in 1980, and was named national correspondent the following year. He landed a job at 60 Minutes in 1989. Wallace — known for his doggedness and tenacity — is said to have called Kroft his replacement after seeing the young anchor on the CBS Evening News.

Kroft excelled at “bounce stories,” deeper dives on the big stories of the moment. But his pieces were also notable for their elegant writing and compelling, and often unexpected, narratives. He is also a perfectionist, which could at times make him a difficult collaborator. Asked how his producers would describe him, Kroft said: “I think if you asked them during the scripting process the answer would be unprintable. When the story is finished and screened, they would be more complimentary. I’m not easy.”