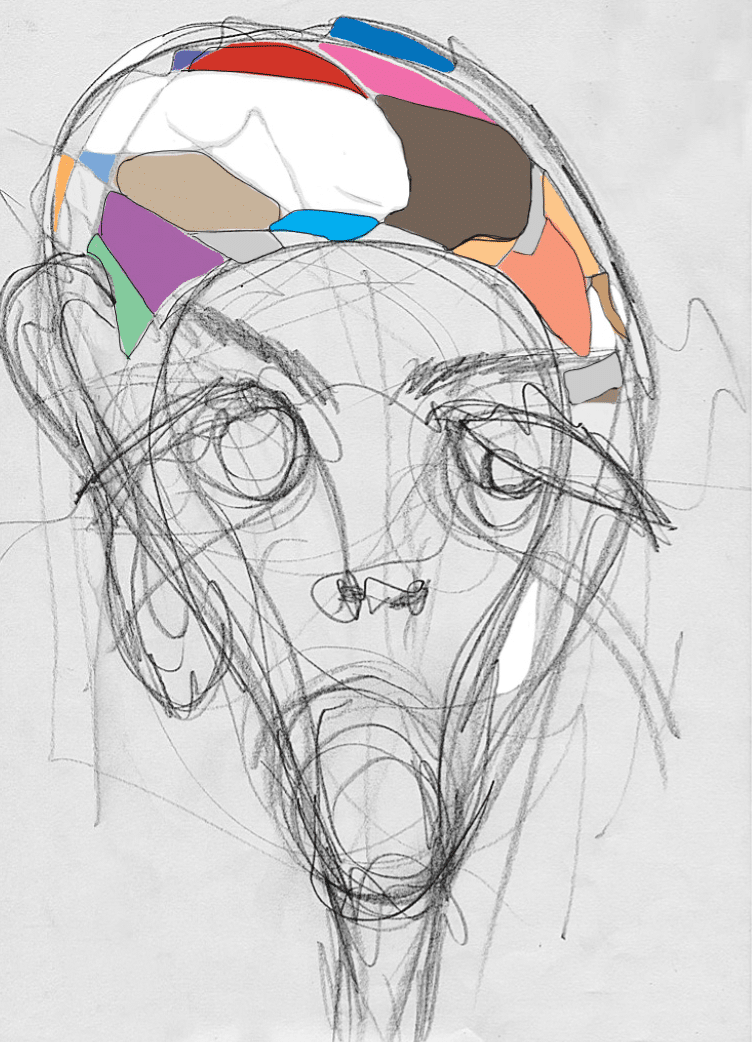 It’s been a time-honored tradition for the monolithic figures of the auction world to eventually leave their perches at the rostrum and go off on their own, wading into the cushy, jet-set world of private advisory sales. Tobias Meyer left Sotheby’s to sell fabled estates such as that of the late Si Newhouse; Guy Bennett left Christie’s to secure nine-figure masterpieces for Qatari oil billionaires; and Simon de Pury—once described as the “Mick Jagger of auctioneers”—left the house he co-founded to start a firm with his wife, and on the side finds time to bang gavels at charity auctions during galas in St. Tropez and São Paulo.

But when Jeremiah Evarts, head of the Impressionist and Modern evening sale at Sotheby’s, announced he had left the house, it was revealed that he had taken a less-traveled but increasingly common route. He joined the Upper East Side shop Di Donna, a gallery started by a fellow Sotheby’s lifer, Emmanuel Di Donna.

He’s the latest in a series of fellow-travelers on the sales-room-to-white-cube migration route, pushed away by the auction world’s grueling pace and drawn by the opportunity to indulge their creative impulses with the support of back offices ready to take advantage of a reliably lucrative type of secondary market. Instead of buying cheap works by young artists and hoping they hit the jackpot (a risky approach, as recent booms and busts have shown), a growing number of galleries are taking a more sober strategy, finding underrepresented artists and building their markets based on internal scholarship and cataloging—the perfect job for an auction person.

As Clare McAndrew wrote in the 2017 Art Basel and UBS Global Art Market Report, “While historically dealers’ business models were based around finding inventory at very low prices and selling it for a substantial mark-up, in recent years many have based their competitive strategies on being able to find and access the best quality artists and works for their buyers and adding high-value services such as expertise surrounding the object, its maker, and its history, authentication and restoration.”

Who better to add those high-value services than a degree-laden Impressionist and Modern specialist such as Evarts?

“I was ready for a new adventure, and Di Donna seemed to me like a new idea for a gallery—to be wildly successful but also have the integrity and the quality,” Evarts said in a recent phone interview following the announcement. “That’s something I didn’t have time for in the auction world.”

The most prominent example of this trend is Christie’s rainmaker Brett Gorvy—the primary architect of the billion-dollar-plus postwar and contemporary department—who jumped ship for a white cube, Lévy Gorvy, in December 2016. (Dominique Lévy, the gallery’s co-owner who herself is a former head of private sales at Christie’s, made a deal to add his name to the door.) When David Zwirner needed to staff up his new Hong Kong outpost opened in January, he hired Jennifer Yum, a vice president at the postwar and contemporary department at Christie’s. A few months earlier, Zwirner had also poached two-decade Christie’s vet Jonathan Laib from the same department, and hired him to steer the ship of the Ruth Asawa estate.

“The larger galleries in particular are taking a larger interest in artists later in life or artists estates, as these large galleries refocus on this secondary market,” said Lock Kresler, who left Christie’s post-war and contemporary department after 15 years to open the London branch of Lévy Gorvy. “In some capacities, the natural progression is for auction house specialists to gravitate toward the gallery world.”

Dealers such as Bill Acquavella and Larry Gagosian have long lured high-profile auction world gents from their perches—often bidding quite high, so to speak, to get them to come—simply because they wanted the best sales people present when collectors came to inquire about a piece. Eykyn MacLean—which was founded by former Christie’s Impressionist and Modern Art department co-heads Christopher Eykyn and Nicholas Maclean in 2006—has galleries in New York and London and a robust advisory service. One notable client duo of theirs are the Las Vegas-based Fertitta brothers, heirs to the Ultimate Fighting Championship fortune; they were rumored to be on the phone with Nicholas MacLean as he chased the $110 million Basquiat eventually won by the Japanese billionaire Yusaku Maezawa.

But the migration today is driven by different factors, particularly the market’s gravitation toward artists’ estates, which are being revived to bring out scads of inventory. This work then must be hung in shows and given context, through scholarship and criticism, that can make the case for its import to unfamiliar collectors. Thus, when Zwirner wanted to poach the Ruth Asawa estate, it had to poach Laib, too. At Christie’s, Laib had worked with Asawa’s family after the artist’s death in 2013 and convinced them to let Christie’s handle the estate exclusively.

As both galleries and auction houses seek to become “one-stop shops” for clients, offering private sales and other services, fluidity across the industry has grown more common. For example, Sotheby’s hired former Robert Rauschenberg Foundation CEO Christy MacLear in December 2016 to bring on artist estates.

“There’s more permeability between the various components of the art world,” Evarts told me, explaining his move, and that of others. “You see people making transitions that you wouldn’t expect. I’ve been in the art world for 15 years, and when I started, it wasn’t like this.”

To that end, auction world kingpins can transpose their business plan and build a mini-Christie’s in the offices behind the storefront, coaxing clients to consign works that they can still sell for significant sums, without the (sometimes unwanted) publicity of a live auction. Gorvy said his old clients not only followed him to the Madison Avenue gallery, but are more willing to work with him than ever.

“You just have much greater time to focus on the most important aspects: the client and the work of art, and building their trust,” Gorvy said. “The access point gives you a better authority in their eyes. And—frankly—the access points that you have, it’s just beyond.”

Gorvy said that, at Christie’s, he could only furnish his clients with what he had on offer in-house. In contrast, as an art dealer at a gallery, it’s common practice to secure choice seats at the evening sales for all houses—and bid indiscriminately on behalf of clients for work that comes up anywhere.

“I was talking to a client this morning, I was promoting just as much what was coming up in the Christie’s sale, in the Sotheby’s sale, and in the Phillips sale,” Gorvy said, adding that he feels better able to look after the best interests of his clients in his capacity as a private dealer.

Collectors have clearly warmed to the approach of bringing auction smarts to open minded, globe-hopping galleries. Case in point: When the billionaire collector Peter Brant wanted to offload Jean-Michel Basquiat’s Baby Boom in 2017, to try and take advantage of the frenzy for the artist whipped up by the $110 million Basquiat at Sotheby’s, he put it up for sale in a public forum, but not at auction—he gave it to Brett Gorvy to stick in his booth at the Art Basel fair in Basel, Switzerland. The price tag was $30 million.

Referring to works at the same price point as Baby Boom, Kresler said, “It’s not to say that these major pictures wouldn’t have come to Basel before people started leaving from auction houses, but I think in many ways it would happen with a call to Brett or Dominique, whether it’s for advice, or it’s for showcasing it in a major art fair.”

For Gorvy, the chance to get out of the stuffy, centuries-old auction house was also a change in attitude; former colleagues initially noted, with no small amount of shock, that he had started wearing sweaters to the office, a no-no in Christie’s corridors where standard dress for men is still Savile Row tailoring.

“You aren’t wearing a corporate crown here,” Gorvy said. “If you’re at Christie’s, or Sotheby’s, you know—you’re a suit. That comes with a certain degree of authority, but it also comes with the idea that you’re basically working for the man.”

And there’s still an opportunity to make suit-level money at a gallery, of course. On trips to the back rooms at Lévy Gorvy, one sees nearly a dozen dealers, many of them ship-jumpers who came with Gorvy from Christie’s, sitting in cubicles as the phone lines light up, clients on the horn. Sources say there is a lot of money passing through 909 Madison Avenue. When asked how the back-room private sales gambits have been paying off, Gorvy said that his reputation as a dealer rather than an auction house department chairman requires him to value above all else his discretion, but noted that, “We’ve had a very good year.”

And just a few blocks from Lévy Gorvy on the Upper East Side, Emmanuel Di Donna has been building his own mini-fiefdom during his post-auction world life. He had come up through Sotheby’s mentored by the late Charlie Moffett and in 2010, after nearly two decades on York Avenue, Di Donna wanted out, and he didn’t want to ride the revolving door to the expected late-career pasture.

“I didn’t want to be someone’s adviser,” Di Donna told me on the phone. “When you leave, you can either, you know, do deals, or be somebody’s adviser.”

He paused for a second to collect a thought.

“Ooooor, the other option is to start a gallery—which is not an easy proposition, because it takes a lot of investment,” he said. “It takes commitment. Once you say you’re gonna do exhibitions of a certain standard, you have to keep to that standard.”

By 2017, he was looking to hire a director, someone who could bolster the shop’s reputation as one of the best places in New York’s most tony neighborhood to buy Impressionist and modern masterpieces. For a former auction big shot, the answer was to hire the head of the Impressionist and Modern evening sale.

“I knew that [Evarts] had the knowledge to fit into our business seamlessly,” Di Donna said.

In early May, Evarts will man his first-ever fair booth at TEFAF New York Spring. When asked if Evarts had done a test-run of how to sell work in a box at an art expo, after decades of auctioneering, Di Donna said, “He’ll be ready!”

Fairs such as TEFAF New York are the money-makers that keep the lights on for galleries, where a few sales—sometimes to the billionaires who travel to fairs to check out booths, but not the actual gallery storefronts—can float the whole operation for months.

But for people who spent decades chasing the dollar at the auction houses, the main appeal of having a gallery, many of the members of the ex-auction house club said, was getting out of the rat race dictated by demolishing the competition, and instead putting on, for the public, vigorously and scholarly exhibitions of fantastic art. Even though Di Donna said those exhibitions also take a lot of work—publishing catalogues, doing historical exhibitions—they create a legacy that big evening sales, no matter how splashy, do not.

“I want to leave something behind, you know?” Di Donna said. “Having the exhibitions is a creative outlet, and that’s very important to me.”