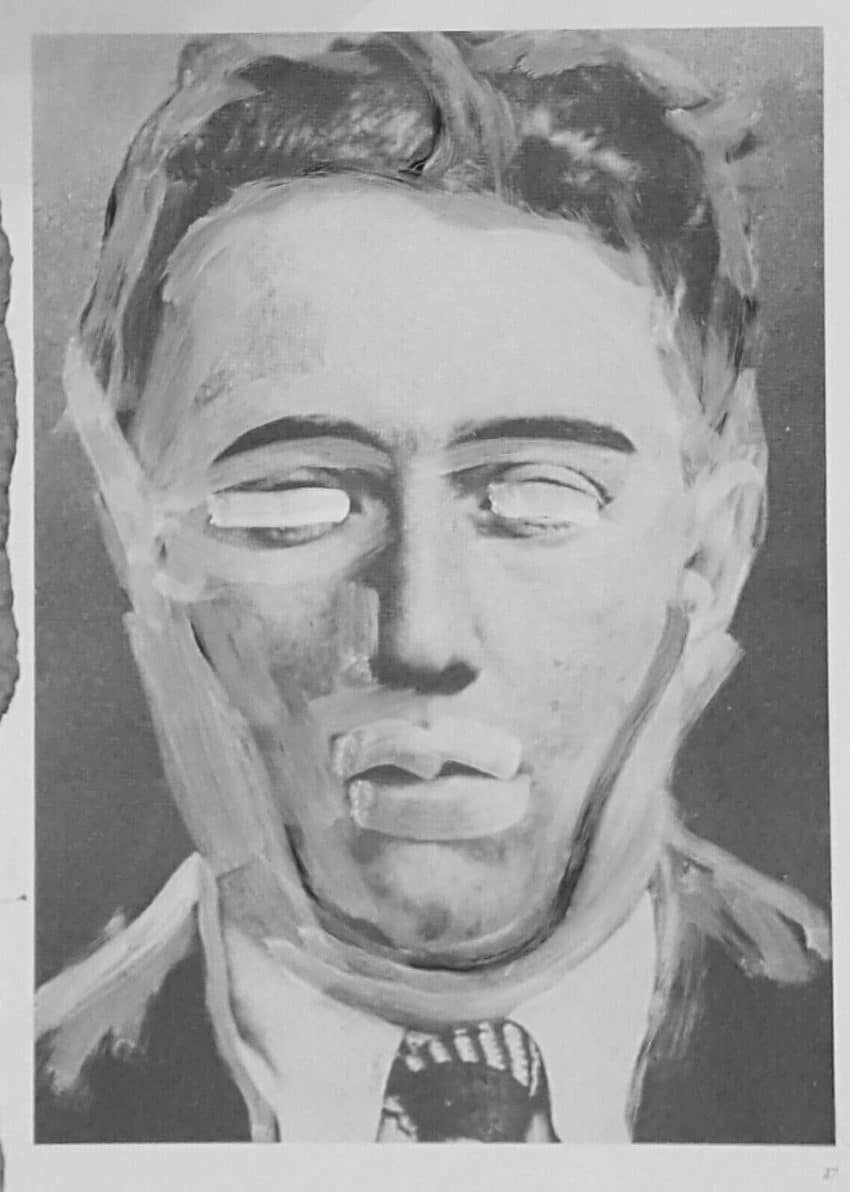 When a major new art fair arrives in town, people like me spend far more time talking about whether it will be—or in retrospect, was—a success than about what “success” means. A few days after the inaugural edition of Frieze Los Angeles deflated its tent, the positive vibes around sales and attendance at the main event remain justifiably strong. The Frieze team deserves credit for that. But how much we can deduce about the fair’s long-term sustainability still remains an open question, as does the significance for Los Angeles and the larger art world if Frieze, an international brand that landed like an alien mothership in a city passionate about being seen on its own terms, is indeed triumphant in its new venue going forward.

Let’s start with a look back at what happened before we slingshot our way into the future, shall we? Sneakers (and Sales) on the Ground

A high level of enthusiasm coursed through Paramount Studios during the opening days of Frieze Los Angeles. The tent housing the main gallery section was packed and the curated program on the back lot was teeming with visitors. According to a Frieze representative, dual tickets for the gallery section and back lot sold out several weeks in advance and passes for the back lot alone sold out on Saturday.

This isn’t unprecedented. Tickets for Frieze London and New York have sold out several times in the past. But it does mean that the audience for the west coast edition was at least as eager as those in the two most traditional art-market capitals—certainly an encouraging sign for the fair’s viability.

Judging from both the sales figures and conversations with dealers, year one of Frieze Los Angeles also met or exceeded commercial expectations (including my own). At least four works were placed at prices of $1 million or more, with Mike Kelley’s Unisex Love Nest ($1.8 million at Hauser & Wirth) edging out Yayoi Kusama’s Infinity Nets (B-A-Y) (2001) ($1.6 million at Lévy Gorvy) for the most expensive deal. Frieze Masters notwithstanding, that was at least four more seven-figure sales than we saw reported at the most recent iteration of either Frieze London or Frieze New York. Plenty of transactions happened at more terrestrial prices, too, giving the fair a legitimate claim to broad-spectrum buying.

However, when trying to determine the long-term prospects of a new fair in a historically inhospitable market, the loftiest sale price matters less than the average sale price—and who is writing the check. In those respects, Frieze Los Angeles still seems to warrant a “wait and see” approach. Out-of-town galleries, particularly at the high end, were quick to trumpet their satisfaction with the number of new buyers they had met by the fair’s first afternoon. Directors from both David Zwirner and Jack Shainman said they were not only making connections with locals but closing deals with them, too. Asked about the gallery’s expectations prior to the fair, Zwirner director Branwen Jones claimed they had nothing specific in mind—a contributing factor to their decision to present a tasting menu of the gallery’s program instead of the two-artist presentations they rely on at Frieze New York. This kitchen-sink curation seemed to proliferate among exhibitors without a permanent space in the city. Whether that owed more to uncertainty about Angelenos’ collecting habits or to the default approach most exhibitors take to most art fairs in 2019 was difficult to deduce. 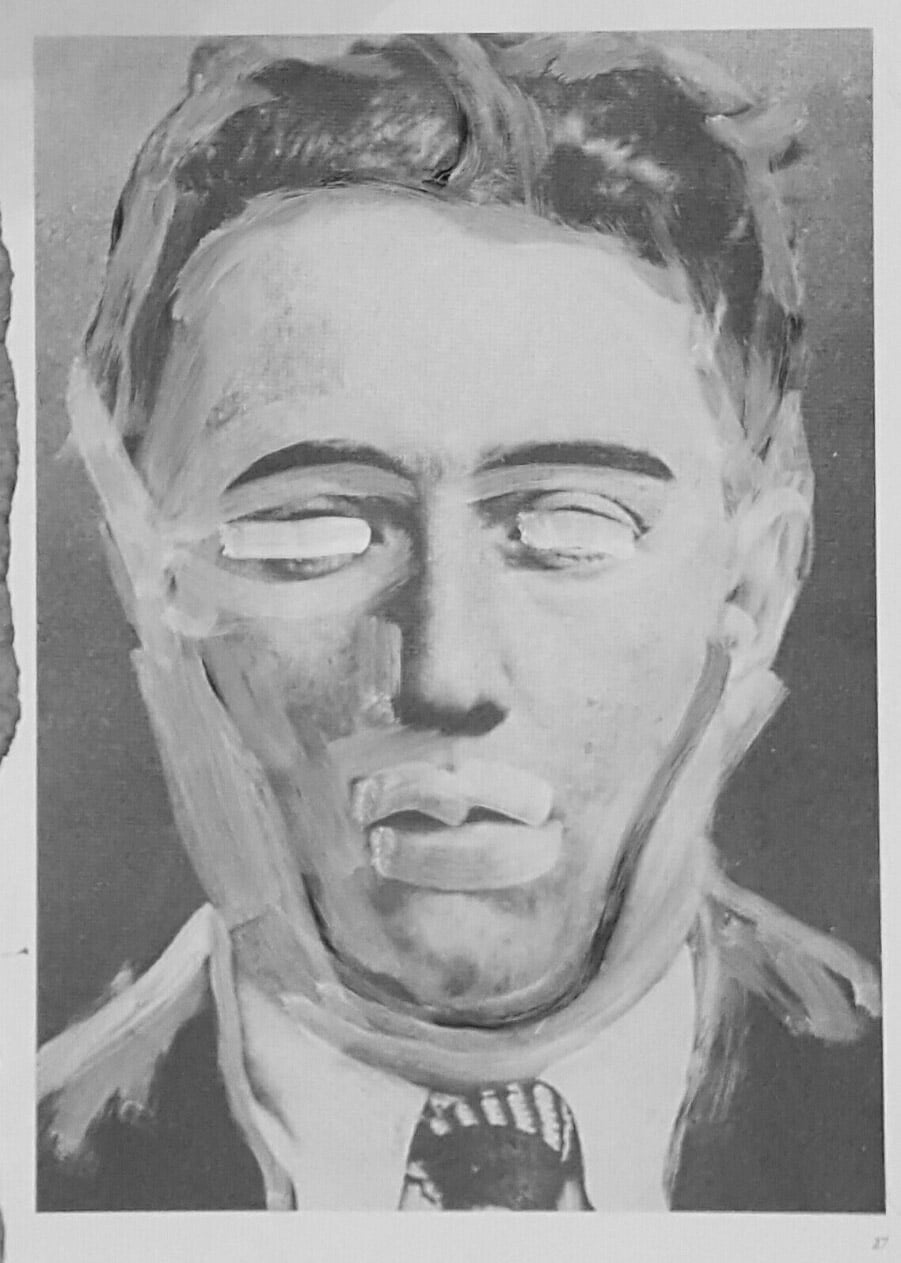 In the end, the local taste may not have been the deciding factor. On Friday afternoon, Berlin-based Johann König said that the gallery had placed nearly 30 works from its solo booth highlighting Danish sculptor Jeppe Hein. The most expensive of the bunch were three editions of Twisted Geometric Mirror I, a large reflective sculpture priced at €120,000 ($136,027) that proved as effective at triggering fairgoers’ selfie thumbs as Pavlov’s bell was at triggering his canine subjects’ saliva glands.

But König said that the works were primarily going to collectors from across the US rather than California or the west coast exclusively. Among the buyers were New York mega-collectors Deborah and Leon Black, who acquired Modified Social Bench O and Modified Social Bench S, two sculptures pulling double duty inside the booth as available works and functional seating, at €20,000 ($22,671) each. Asked on the first day whether the VIP preview had brought in a fresh crop of faces in comparison to other fairs, Elsa Bruno of Susanne Vielmetter Los Angeles Projects simply replied, “No, it’s the same people.” But does it matter as long as the old standbys are actually buying, she asked? “I think people put up with the rain in the morning and are in a good mood because they’re selling art,” she said.

Not everyone was quite so sanguine. “If the value of this fair is that you can sell to the same people you usually sell to, then what’s the point?” asked Alex Logsdail of Lisson. He estimated that most collectors there were willing to spend up to around $250,000—not necessarily enough to make the fair an exciting addition to the landscape.

He admitted that ceiling may have owed more to Angelenos being “way too laid back” to feel pressured into making big buys at a fair than to the quality of the audience. “There are definitely people here to be seen, more than at other fairs,” he concluded. Some out-of-towners maintained that the first Frieze Los Angeles should be viewed primarily as an “education fair,” a phrase usually invoked by members of the New York art world to describe how the first edition of a new fair in a rising market requires exhibitors to help familiarize nascent collectors with their respective programs and, more broadly, the processes and procedures of the established art market. It is also a phrase shot through with casual condescension, particularly when applied to Los Angeles.

In her first book, Eve’s Hollywood, Los Angeles native Eve Babitz defended her home city against outsiders’ all-too-common accusations that it was a “cultural wasteland” by writing, “Culturally, LA has always been a humid jungle alive with seething LA projects that I guess people from other places just can’t see.” Her words apply to the idea of Frieze Los Angeles as an education fair, too.

Even excluding previous fairs by other organizers that rose up (and eventually imploded) on the Paramount lot, two homegrown art fairs have been operating in the city for years. Art Los Angeles Contemporary (ALAC), housed in the Barker Hangar of the Santa Monica Airport, unveiled its 10th-anniversary edition a day prior to Frieze’s VIP opening, and the LA Art Show took place for the fourth consecutive year this January. It would be difficult to argue that their exhibitor lists offered the same wall-to-wall pedigree as Frieze (although ALAC deserves credit for what they were still able to present despite their starry new competitor’s infiltration). But it would be even harder to contend that they haven’t properly introduced Angeleno art lovers to the format by now.

And if Frieze isn’t educating Los Angeles on the format, then that means it could only be educating them on what legitimate contemporary art (or at least, art-fair art) looks like. Given the city’s widely lauded institutional and gallery pedigree in 2019, that would be a preposterous position to take.

So why couldn’t one of LA’s native fairs have grown up to become a major one on its own timeline, as the Armory Show did in New York or Frieze itself did in London? Why should Los Angeles’s maturation as an art city be judged by an external brand’s decision to charge in like a trade-fair missionary (albeit with local support in the form of majority stakeholder Endeavor, director Bettina Korek, and curator Ali Subotnick)?

In that sense, Frieze Los Angeles is less an education fair than a capitalization fair: proof that would-be market-makers believe the city is finally willing to buy enough, often enough to justify being blessed with an identifiable art-fair franchise. And even if they’re right, that raises the most macro question of all. In a 2016 essay, writer Kyle Chayka minted the term “Airspace” to describe the hipster-boutique aesthetic popularized through globally connected affluence. He describes Airspace as:

The realm of coffee shops, bars, startup offices, and co-live / work spaces that share the same hallmarks everywhere you go: a profusion of symbols of comfort and quality, at least to a certain connoisseurial mindset. Minimalist furniture. Craft beer and avocado toast. Reclaimed wood. Industrial lighting. Cortados. Fast internet. The homogeneity of these spaces means that traveling between them is frictionless, a value that Silicon Valley prizes and cultural influencers… take advantage of. Changing places can be as painless as reloading a website. You might not even realize you’re not where you started.

Like chain restaurants, Airspace proliferates because it offers customers the same familiar comforts regardless of geography. This proposition holds undeniable appeal to many people—after all, travel can be confusing, difficult, and even a little scary—but it also sands down the unique local and regional contours, leaving the experience of one city increasingly indistinguishable from the experience of another. In short, Airspace ostensibly encourages people (especially young, affluent, white ones) to “see the world” while simultaneously minimizing what was once the entire purpose of doing it.

These ideas bring us full circle to Frieze Los Angeles, as both an individual event and as a weeklong construct. Year one, at least, suggests that the main fair might be able to defy local industry history and become the first imported fair to succeed commercially.

Still, like Airspace for the arts, this outcome would cut both ways. It might cement Los Angeles as a legitimate, world-class hub for the buying and selling of art, not just the production and exhibition of it. But it would do so by power-washing away some of the city’s quirks, challenges, and distinctive character, making it look and feel more like New York, London, Hong Kong, or anywhere else during their respective turns in the trade-fair spotlight. There was no better symbol of this prospect than the Frieze Projects section on the back lot—specifically, the permanent set standing in for New York. In a city whose residents have long been (justifiably) fed up with little-brother comparisons to the Empire City, it was jarring to see an international fair commission a Los Angeles curator to install a faux Manhattan with works meant to help signal LA’s supposed arrival as an art-market hub. Geography and format melted into one another, creating an unintentional parody of the global art market’s refined nowhere-ness. Instead of Airspace, you could call the result Fairspace: an environment signaling victory by assimilation, stardom by acceptance of a universal blueprint for what an art capital must be.

A small section of Eve’s Hollywood rebuts LA bashers’ insistence that no one has ever written a better summation of the city than LA émigré Nathanael West’s scathing The Day of the Locust. Of that position, she writes, “The true secrets of Los Angeles flourish everywhere. All [critics] allow themselves is their own image reflected in a glass Nathanael West holds up for them so they won’t be seduced by the sunsets.”

Frieze Los Angeles may succeed in the long term, which would be undeniably good for business. But if it does so by standing in for West’s glass, allowing the rest of the art world to impose its own expectations on the city instead of cultivating its organic, homegrown strengths, then even success comes at a cost.