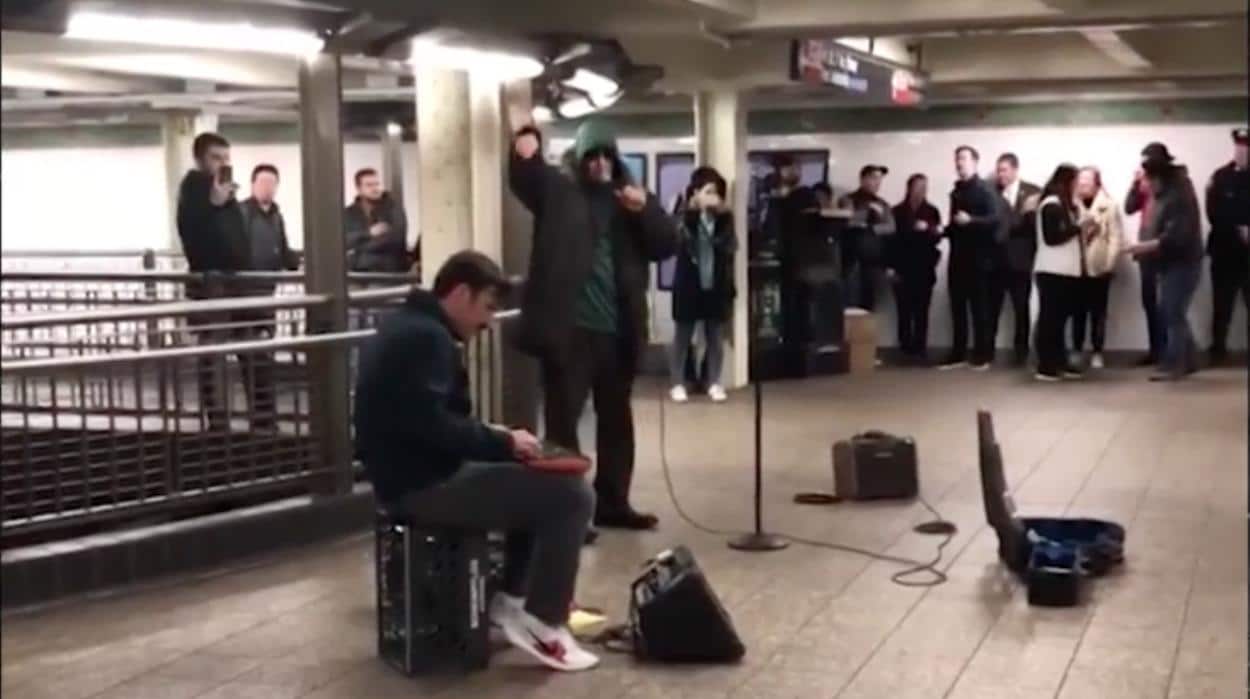 Watch this video of the actor singing in a subway station.

After starring in a string of God-awful Netflix movies, things were finally looking up for Adam Sandler: He got a standing ovation at Cannes for his turn in The Meyerowitz Stories, sort of revived his stand-up career, and even started generating some Oscar buzz. But, alas, we regret to inform you that—as any right-minded individual could’ve predicted—Sandler is back on his bullshit.

After a set at New York City’s Comic Strip Live on Wednesday, Sandler descended into the subway—completely incognito—where he managed to get his hands on some busker’s microphone, TMZ reports. Sandler used the platform to sing about wearing shorts, “scary shit,” and walking in on his parents having sex, while a man he’d probably never met before plunked away on an electric piano nearby.

It was a real return to his roots—there’s something of a Billy Madison quality to his voice when he’s singing about how “it’s gonna be shorts again,” whatever that means. Then all of a sudden he starts screaming, something he’s proven time and again he’s very good at. Apparently satisfied with his time in the spotlight, he brings his performance to a close with a nice little ditty about his parents boning. The refrain: “Daddy fucks my eye with his penis.”

It wasn’t quite “The Chanukah Song”—or parts two, three, or four—but, hey, maybe he’s trying out a new avant-garde jazz phase, or working on a rock opera and looking for some notes.

Sandler drew a pretty sizable crowd for being dressed in multiple jackets and wearing sunglasses underground, but a few stoic straphangers breezed right by him, perhaps failing to realize that the strange, hooded man singing about dicks was a major celebrity. For them, it was just another day in New York City’s subways.