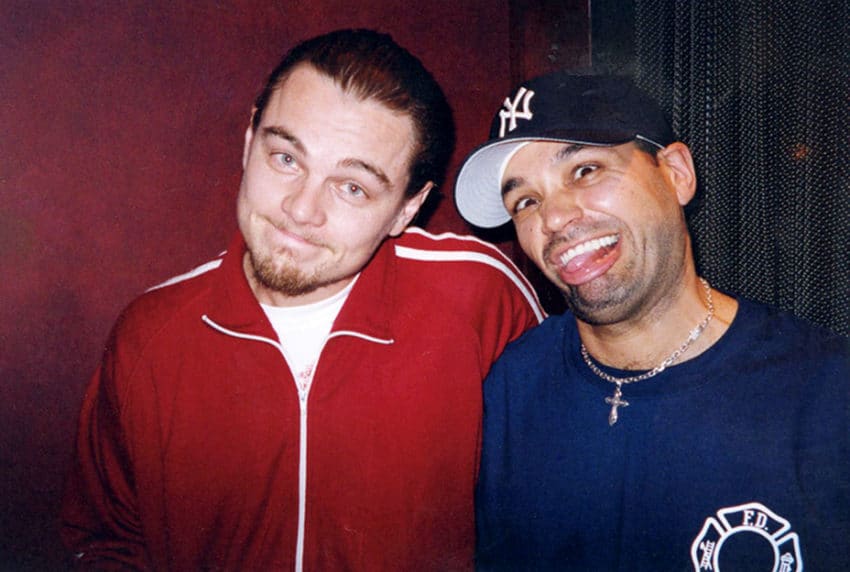 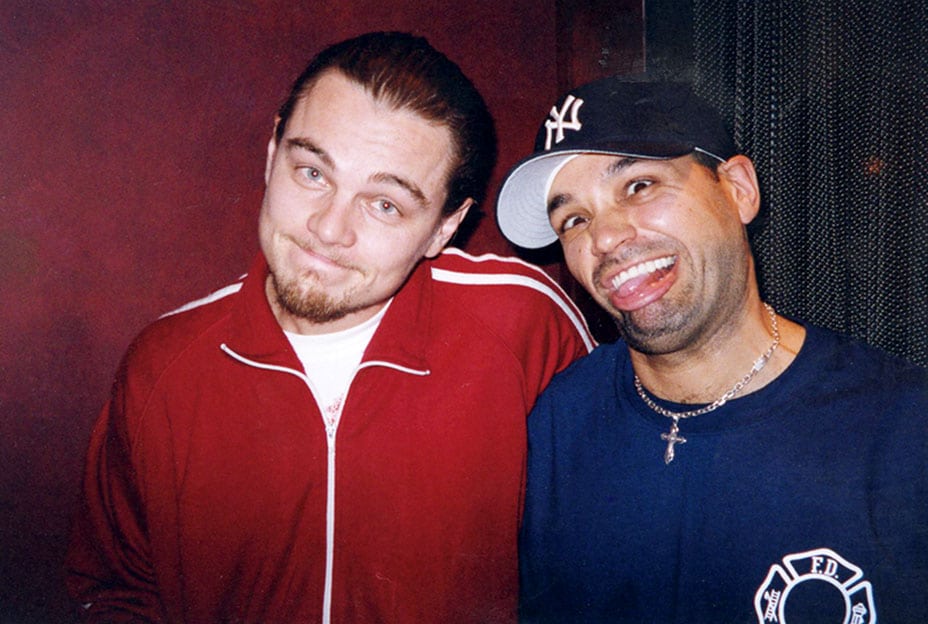 In the early 2000s, stars could still go to bars and let their hair down without becoming a Twitter Moment, as Pantera Sarah, one of the era’s top club promoters, reveals in her personal pictures of A-listers at now-defunct hotspots.

She came from Wisconsin to Los Angeles in 1994 at age 20 and named herself “Pantera Sarah.” Or at least that’s what the club kids started calling her when they learned of her love of heavy metal bands like Pantera. One of the most aggressive young nightlife promoters around the turn of the millennium, Sarah soon became, as Ryan Gosling once called her, “the midwife to L.A.” for a new generation of young stars. They were coming of age (and, often, blowing off steam) in Hollywood in the internet era, but the proliferation of gossip blogs and celebrity weeklies hadn’t metastasized into the morass of amateur media that smartphones and social networks would unleash only a couple of years later.

So when Sarah took her own personal pictures inside her clubs, as she often did, she captured her famous clientele in moments of public revelry that, for most stars these days, would be unthinkable. “This was like the Instagram of the day,” only private, says Sarah of her shots of actors like Vince Vaughn, Charlize Theron and Jamie Foxx who flocked to her themed nights at hotspots that dominated L.A. nightlife during that period.

Sarah, now 45 and no longer a promoter, says she took more than 15,000 photos during her nightlife run, a selection of which she shared with THR. “The reason we had a lot of people come to our clubs was because they knew they were safe,” she says. “Now it’s 20 years later, and most of the people I talk to have said, ‘Yeah, it’s fine’ ” to reveal the images. Together, they serve as a time capsule for a not-too-long-ago era that seems ancient because it’s pre-Facebook, pre-iPhone, pre-everything. A star could relax with friends at a bar without having to take fan selfies or prepare for a publicist’s angry call when candid images appear on Tumblr. “You just can’t do that anymore,” says Sarah. She would bar all cameras (except, of course, her own) from her clubs, but “you can’t say no to cellphones. It will never be the same.”

Most of Sarah’s nights were based in Hollywood and West Hollywood hangouts, from Opium Den (where “model girls” like Theron came out on Wednesdays and Brent Bolthouse was part owner); to Joseph’s (the Greek restaurant where Sarah promoted Monday nights with Bolthouse); to Vinyl (during which time Aquaman star Jason Momoa was Sarah’s roommate); to Dublin’s (about which club regular Jay-Z wrote a lyric; he also caused the club to be shuttered by the West Hollywood Sheriff’s Department); and Martini Lounge and The Lounge, also heavy star draws. (Later, at President Barack Obama’s 2011 birthday party at the White House, Jay-Z tried to introduce Sarah to Tom Hanks, whom she already knew, by saying, “I got her club shut down.”)

“The people who were there knew each other,” Sarah says of her nights. Justin Timberlake used to “come run the door with me and just do pickings from the sea of people,” she adds. “He’d be like, ‘She’s cute, let her in, you can come in and you can’t.’ ”

Sarah recalls any number of “crazy” club nights including on June 19, 2000, when the Lakers won the NBA championships: “The city went crazy, you know what I mean? It was a Monday night so half the team came to Dublin’s. Sunset Boulevard was bumper-to-bumper. I remember some dude, literally naked, standing on top of a truck waving his dick around and a Lakers flag. It was just a crazy night.”

And while social media might not have been a threat, paparazzi were. “They were always really nasty to [DiCaprio] and those boys, they would say things that were trying to get a reaction,” she recalls, adding that “insanity” followed Britney Spears. “When she would come to Joseph’s, there would be 10 cars. They were running red lights. They would literally stop in the middle of the street and jump out of their cars and leave them there with the doors open. It was scary.”

Sarah — raised on a 200-acre farm south of Madison by a mother who worked for the teachers union and a mayor father — came to L.A. for the warm weather. “I happen to be a really social human being,” she says. “I forged relationships then made a job out of it.” She first waitressed at Jerry’s Deli, where Foxx and the Wayans brothers requested her tables, before being asked by a friend to hand out flyers for club nights: “Michael Sutton was doing Wednesday nights with Richard Ehrlich at, back then, The Room, now Bootsy Bellows,” she says. “A few weeks in, I realized I was bringing more people than they were and thought I could do this on my own.”

Sarah soon graduated to heading up her own nights, where she cultivated all manner of Hollywood, introducing “little sister” Scarlett Johansson to future husband Ryan Reynolds and befriending Heath Ledger (“We would spend many a late night at his house on Catalina”) and DiCaprio: “I met Leo at Formosa,” she says. “He was a kid. One of the first nights I hung out with him, we were outside and a homeless man was on acid. He was saying weird things. And then we went inside Formosa and Leo adopted the guy’s mannerisms and played that character for the rest of the night.”

Looking back, Sarah can’t help but lament current L.A. nightlife: “Now groups hire promoters that bring 20 girls — to come drink the bottles on the tables of the rich guys who are spending money. That’s what it’s become. It’s Vegas.”

R.I.P. Hotspots of the Early Aughts

Nacional (2002-2008)
Says Alan Nathan, who ran Tuesdays with Rick Calamaro that drew Matthew Perry, Paris Hilton, Diddy and Lindsay Lohan: “Nacional was intimate, there was no bottle service at the time. We put 150 people in there, max. It’s was quality over quantity. [Other than] Kevin Huvane, [who] ran CAA, and Jim Toth was his assistant, I wanted actors, not agents. It was the toughest door in town. There was no buying your way in. The movie Molly’s Game was based on our cocktail waitress, Molly Bloom, who ran high-stakes poker games.”

Ivar (2002-2008)
“It was a big club; we had to put close to 1,500 people a night in there,” says Nathan, who with Calamaro also ran Ivar on Thursdays through Saturdays, when they introduced house music via such DJs as AM, Gary Richards and Jason Bentley. “We put the celebrities in these little pods. They had an intimate place where they could entertain, feel comfortable. That’s the only bottles we did — we were giving them to celebrities” like Ashton Kutcher, Danny Masterson, Wilmer Valderrama, Laura Prepon, James Marsden and Dash Mihok.

“When Hyde hit, everything was big and crazy,” says Jen Rosero Simons, who ran the door from 2006 to 2008. “We wanted more of a rock ’n’ roll bar. Impromptu things happened: Kanye and Jay-Z getting up and rapping, Gaga coming in in a little bikini bottom and little top with black glasses, something crazy in her hair and very inexpensive high shoes. Beyonce was dancing up and down those aisles with her friends. Prince was the voyeur, he liked to sit and watch and drink water. Never saw him do a drug, never saw him take a drink.”

Les Deux (2006-2010)
“It was crazy out the gate,” says one-name club promoter Hartwell. “Everyone liked Les Deux because half of it was outside so you could play amplified music. We started that, and it just went. There were seven to 10 prime seats outside. I remember getting Heath [Ledger] and Michelle Williams in there. Jessica Simpson was there. The Olsen twins. TheHills cast. Johnny Depp, Orlando Bloom. We were in the middle of a parking lot; we [could] kick all of the paparazzi off. They could pull their car up, park and just walk right in.”

A version of this story first appeared in the Jan. 4 issue of The Hollywood Reporter magazine.