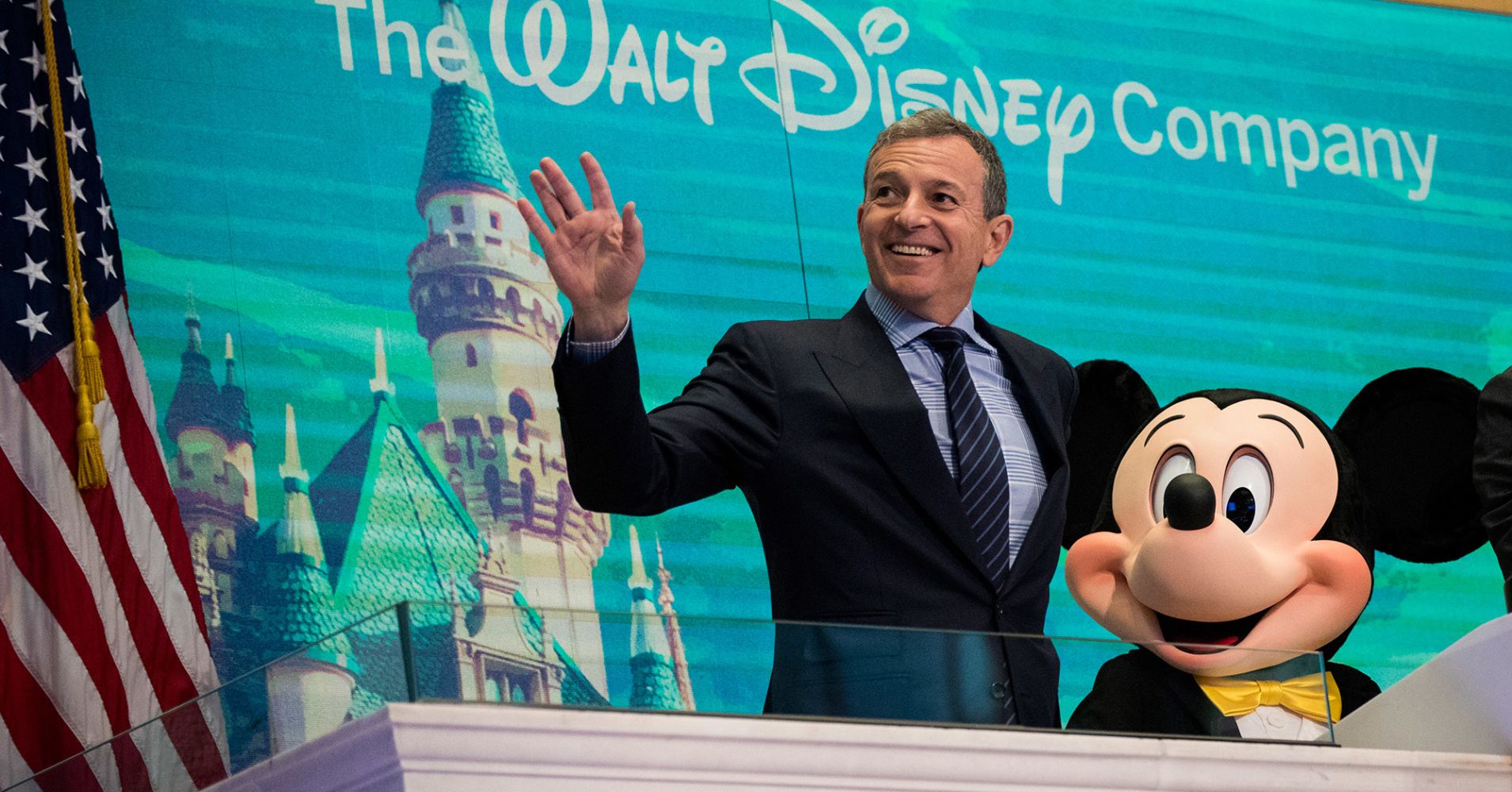 The Walt Disney Company sharply increased its offer for 21st Century Fox on Wednesday, as it looks to win a bidding war with Comcast for Rupert Murdoch’s entertainment conglomerate.

In a quickly issued response, 21st Century Fox announced that it had entered into an agreement with Disney, adding that it considered the revamped offer, now valued at $71.3 billion, to be “superior to the proposal” made by Comcast last week.

Disney’s new bid is 35 percent higher than its earlier offer and about $6 billion more than Comcast’s.

Disney’s chief executive, Robert A. Iger, who has staked his legacy on this deal, rapidly put together the new offer just before Fox’s board was to meet Wednesday to discuss Comcast’s proposal, which had topped Disney’s earlier bid. Now Comcast will have to decide whether to counter this latest offer.

The Comcast chief executive, Brian L. Roberts, is equally motivated to reach an agreement with Mr. Murdoch, who has spent a lifetime forging a media empire that spans three continents, including Hollywood studios, cable networks and streaming businesses.

But Disney has the pole position for now. “We remain convinced that the combination of 21CF’s iconic assets, brands and franchises with Disney’s will create one of the greatest, most innovative companies in the world,” Mr. Murdoch said in the statement.

At stake in this bidding war is the 20th Century Fox film studio, the FX and National Geographic cable channels, almost two dozen regional sports networks, and a large stake in a pair of sought-after international media businesses: the European pay-TV operator Sky and Star India. Not included in the sale are Fox News, the Fox broadcast network, a chain of local television stations and the FS1 sports network.

Separately, Comcast is bidding against Fox for the 61 percent of Sky not already owned by Fox.

Fox’s robust foreign assets are a central reason Comcast and Disney are pursuing a deal as they, like other media companies, grapple with a challenge to their cornerstone business: the loss of cable and satellite customers.

Gaining Fox’s assets would also give the winner control over the streaming service Hulu, which added three million subscribers in the first four months of this year, for a total of 20 million. Selling TV shows directly to viewers is the latest strategy for media businesses under threat from Silicon Valley, where cash-rich behemoths like Netflix, Google and Amazon are competing for ad dollars and audiences.

“At a time of dynamic change in the entertainment industry, the combination of Disney’s and Fox’s unparalleled collection of businesses and franchises will allow us to create more appealing high-quality content,” Mr. Iger said in a statement.

Disney’s increased offer comprises an equal mix of cash and stock: $35.7 billion in cash and 343 million shares in Disney. Fox shareholders can elect to receive either $38 in cash for every Fox share or Disney stock at an equivalent value. Disney plans to offer a ratio of its shares for every Fox share to make sure investors receive a value of $38 per share, what is known as a collar.

Fox has postponed its scheduled July 10 shareholder vote so that investors will have time to consider the new bid. A new date has not been set.

If a sweetened Comcast bid materializes, the Fox board will have to calculate not only the dollar value but the likelihood that the deal would pass government inspection. Both Disney and Comcast would face antitrust scrutiny, which is part of the merger calculus that Mr. Murdoch will have to make before choosing an eventual winner.

Comcast made its $65 billion offer a day after a federal judge approved a merger between AT&T and Time Warner. Comcast executives had seen AT&T’s court victory as a blueprint for the case it would make to regulators, since it would be challenged on two fronts: as a distributor of content and as a producer of content via its NBCUniversal division.

Mr. Iger disagreed with the notion that the AT&T ruling had paved the way for other big mergers. “It’s just simply an apples-to-oranges comparison,” he said on a call with analysts Wednesday, citing Judge Richard J. Leon’s warning that any attempt to apply his decision to future deals should be avoided.

The bad blood between Disney and Comcast goes back to at least 2004, when Comcast tried to swallow Disney whole. The Disney board fought off that attempt, but Mr. Iger and his top lieutenants have not forgotten it.

And Comcast apparently does not have the fondest feelings for Disney: The Jurassic Park rides at the company’s Universal theme parks include Disney’s famous mouse-ears hat floating in the water next to a raft that a dinosaur has destroyed.

“Bob Iger gave up a lot to make this happen. It’s not just about his legacy,” said Brian Wieser, a media analyst at Pivotal, a research firm. He was referring to reports that the Disney chief had flirted with a presidential run in 2020.

But efforts to plan Mr. Iger’s succession at Disney have resulted in the departures of two senior executives, prompting Mr. Iger to focus on securing the company’s future.

“He essentially didn’t want to be known as the guy who destroyed Disney,” Mr. Wieser added. “There’s something to the idea that you don’t leave it in a bad place.”

Mr. Iger’s latest maneuver puts Mr. Roberts on his back foot. The leader of Comcast has big ambitions to seal his family’s legacy. His father started the company in 1963 and transformed it from a small cable service in Tupelo, Miss., into the nation’s largest cable provider, with nearly 30 million subscribers.

Mr. Roberts has handed operational duties to his executives — Stephen B. Burke leads NBCUniversal group and David N. Watson runs the cable business — as he spends most of his time analyzing acquisitions, several people familiar with him have said. In other words, mergers are his specialty.

“We wouldn’t be surprised by another potentially compelling response from Comcast,” said Tuna Amobi, a research analyst with CFRA, raising concerns of a “protracted bidding war.”

A revised bid would mean more borrowing for Comcast. Both the Fox and separate Sky deals would mean assuming the debt of each company in addition to the extra borrowing, a sum that would total $170 billion, according to credit ratings firm Moody’s.

Disney also counts a steep debt load at about $25 billion, which does not include its latest offer of $35.7 billion in cash and an assumption of nearly $14 billion of Fox’s debt.

Analysts have bruited about the notion that Comcast and Disney might team up and divide Fox’s assets to prevent a drawn-out bidding war — a turn of events that Mr. Iger has dismissed. “We have an agreement in place with 21st Century Fox that precludes that from occurring,” he said.