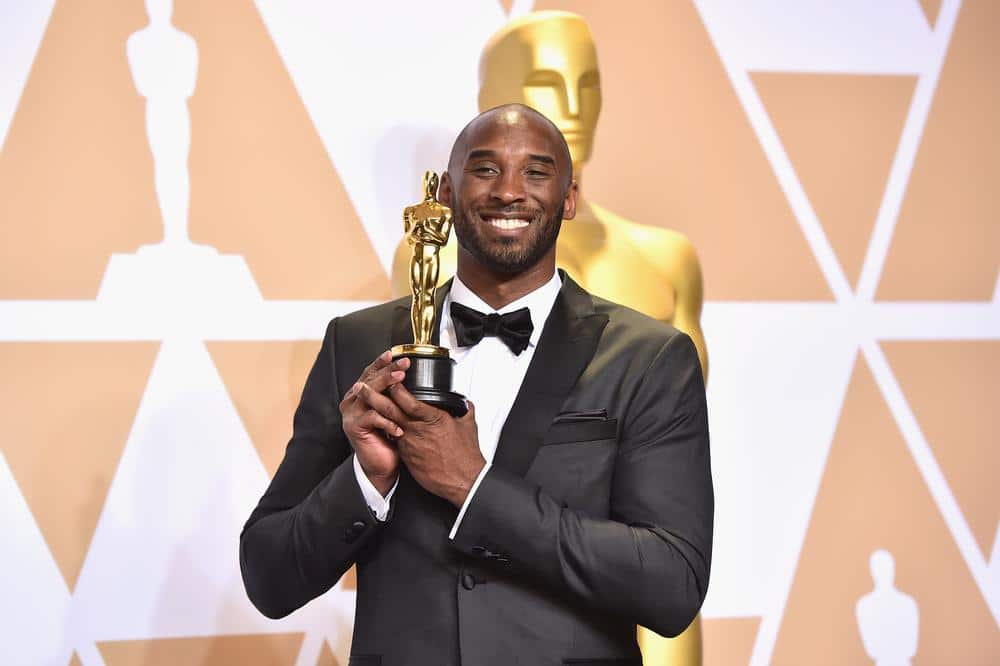 Does it get any more Hollywood than a Laker with an Oscar?

This, quite literally, is a whole new game. But trust that Kobe Bryant is ready to suit up for this next chapter. One of the NBA’s biggest stars officially left the game on April 13, 2016, five months after he announced his retirement from professional basketball on Nov. 29, 2015, via a poem that he wrote called Dear Basketball. Bryant was nominated for an Oscar (best short, animated), becoming the first former professional athlete to ever get such a nod, after he set his retirement poem to animation with illustrator Glen Keane, who is best known for his work at Walt Disney Animation Studios for feature films such as Beauty and the Beast and The Little Mermaid.

On the eve of Bryant’s first Oscar moment, we sit in his Orange County, California, offices — storyboards are hidden in the back, but there’s a wall of portraits for all to see. He points at a Michael Jackson portrait. “My first mentor,” he said.

Books about animation and film production are stacked on bookshelves. And the small group of people working for Granity Studios are buzzing at their desks nearby. This is Hollywood Kobe Bryant. And you should get used to him because he’s going to be here for a while.

Here are 14 nuggets from our conversation, and some outtakes as well.

“I always enjoyed writing. I had a really great teacher … who taught me the art of storytelling and writing and composition. When I came to the league, I kept writing, kept practicing. When I got injured and we were making a news film — that’s when it kicked in for me. I found enjoyment in writing that film, and writing each chapter … what should we do next? That’s what really kicked it off.”

“I love the art of creating. It’s like putting together a puzzle.”

3. Why Dear Basketball is an animated film.

“Once I wrote the story … it called for animation. … Games where you play great games, where you play terribly, days where you’re training, you feel unstoppable, and days when you feel like [you’re] not going to get through it. It had to be hand-drawn animation because of the imperfections that come along with [all] that because … as a viewer you can feel the soul of … Glen Keane as he’s animating. You can feel the texture of it. Twenty-four frames per second. No step skipped.”