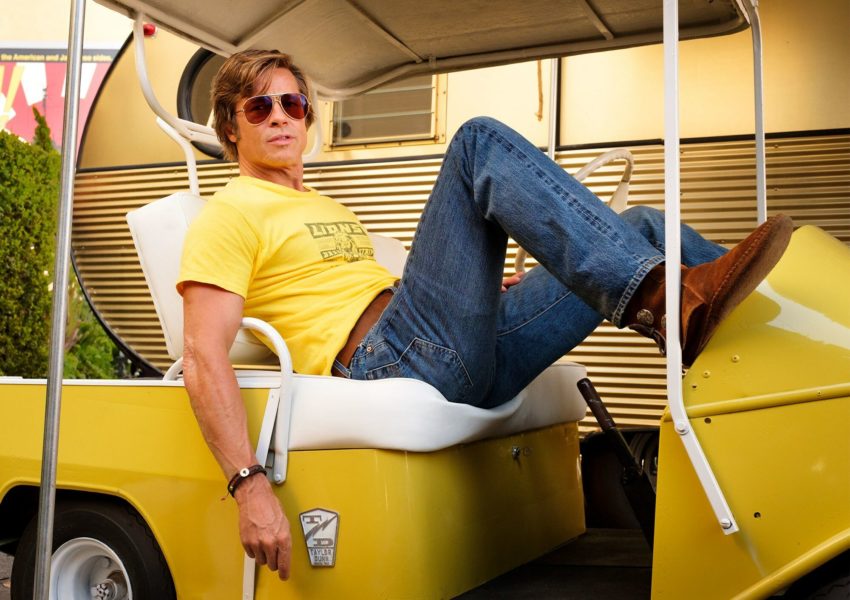 The first trailer for Quentin Tarantino’s Once Upon a Time in Hollywood is now available online. This summer, the fan-favorite auteur returns with another ambitious period piece, taking audiences back to California in 1969. Originally, the film was thought to revolve around the infamous Charles Manson murders, but that is merely a background element within the context of the larger story. Once Upon a Time in Hollywood’s main narrative follows aging TV star Rick Dalton (Leonardo DiCaprio) and his stuntman Cliff Booth (Brad Pitt) in their quest to get back on top in the industry. The star-studded ensemble also includes the likes of Margot Robbie, Al Pacino, and others.

Given the talent behind and in front of the camera, Once Upon a Time in Hollywood entered 2019 as one of the year’s most anticipated offerings and even has on-paper potential to be an Oscar contender. Earlier this year, Sony started to drum up hype for the film by unveiling a gallery of still images and an official poster, showcasing the project’s various A-listers and extravagant production design. But now, it’s time to get a proper look at the film with a trailer.

Related: Who’s Who In the Once Upon a Time In Hollywood Cast

Sony unveiled the Once Upon a Time in Hollywood preview today. You can check it out in the space below:

Clearly, this fits the definition of a teaser, as it’s light on plot details and is more concerned with establishing the tone and atmosphere of the film. After the opening moments humorously set up the dynamic between co-leads Rick and Cliff, the trailer transitions into a montage showcasing the project’s biggest stars and 1960s era imagery. The footage does an excellent job of highlighting the great lengths Tarantino and his team went to to recreate the California of decades ago. The director is no stranger to lavish, big-scale productions, but it looks like he may have outdone himself here, crafting a sprawling saga that boasts several of his trademarks. The exchange between Cliff and Bruce Leeis classic Tarantino and good for a laugh or two – as is Rick’s reaction to a child complimenting his acting.

Robbie’s Sharon Tate remains one of the larger mysteries surrounding Once Upon a Time in Hollywood, and it’ll be interesting to see how she fits into the narrative. Marketing materials have made sure to emphasize her involvement (she got a character poster and is prominent in the trailer), which could mean Tate has a sizable role or the promotional department is just playing up Robbie because she’s a famous name. The actress’ profile has grown considerably over the years since her breakout in The Wolf of Wall Street and she’s very recognizable to general moviegoers. Tate, of course, was one of Manson’s most famous victims, so she likely factors heavily into the overall story.