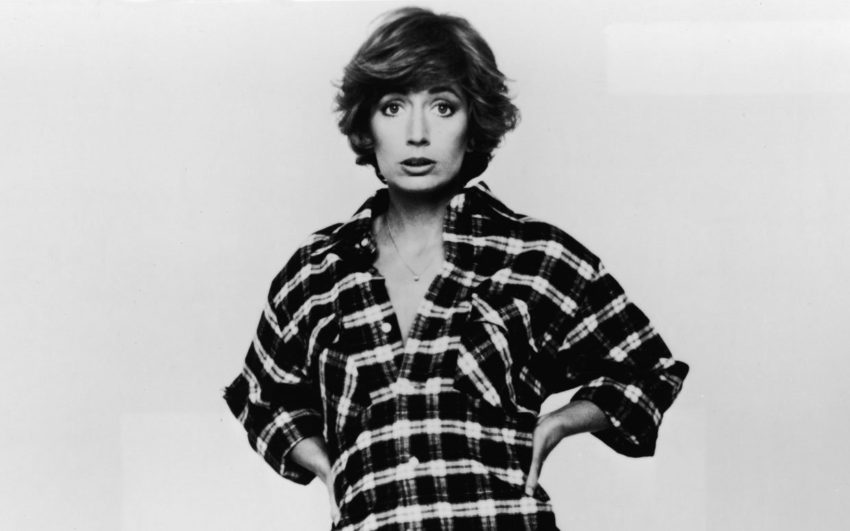 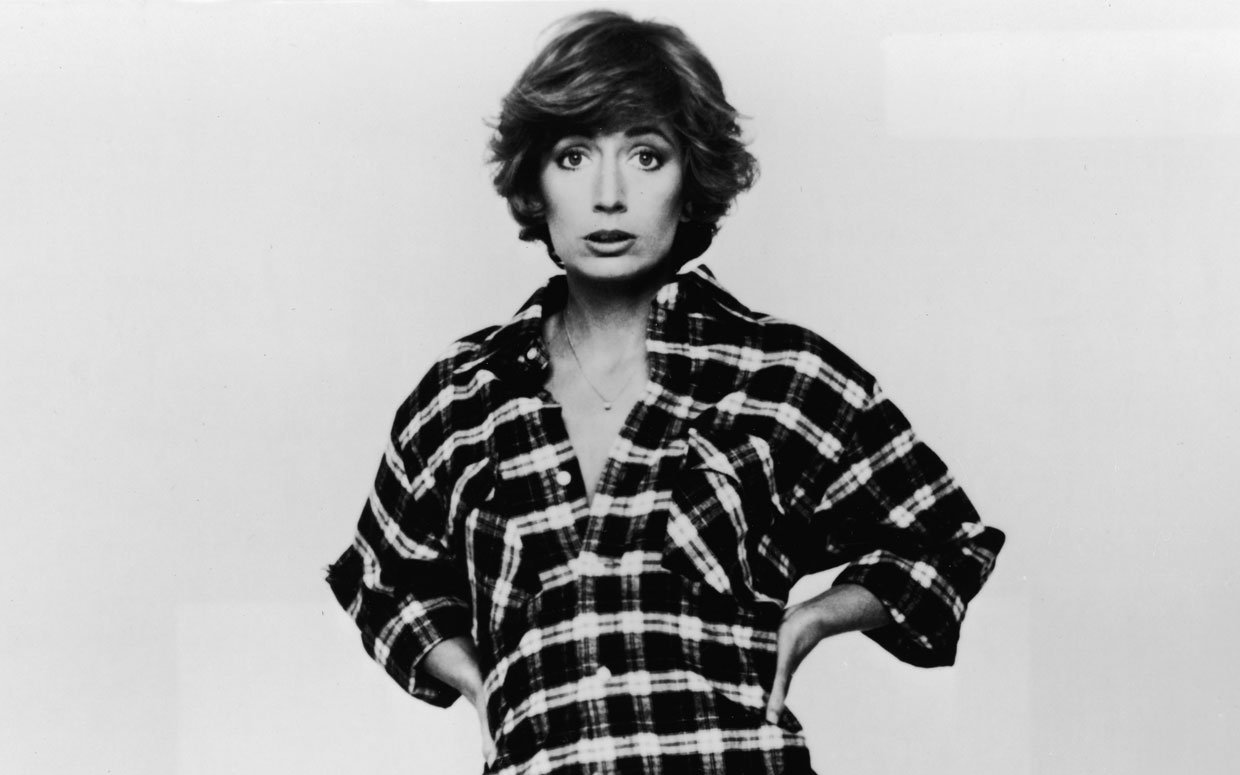 She starred for eight seasons on the ABC ratings hit, created by her late brother Garry Marshall, and directed such films as ‘Big,’ ‘A League of Their Own’ and ‘Awakenings.’

Penny Marshall, the nasally and good-natured Bronx native who starred on the ABC rating sensation Laverne & Shirley before shattering records as a top-grossing female director in Hollywood, has died. She was 75.

The younger sister of the late writer-director-producer Garry Marshall and the first wife of actor-director Rob Reiner, Marshall died in her Hollywood Hills home on Monday night from complications from diabetes, her publicist Michelle Bega told The Hollywood Reporter on Tuesday. She was diagnosed with brain and lung cancer in 2009.

Marshall earned fame — but, incredibly not even one Emmy nomination — for playing the wisecracking Laverne DeFazio on the Happy Days spinoff created by her brother. Laverne & Shirley, which aired for eight seasons from 1976-83, centered on the escapades of two romantically challenged Milwaukee brewery workers, with Cindy Williams co-starring as Marshall’s idealistic roommate, Shirley Feeney.

She directed a handful of episodes of the sitcom, then was approached to step in as a last-minute replacement for Howard Zieff to helm the feature comedy Jumpin’ Jack Flash (1986), starring Whoopi Goldberg.

For her next film, she hit comedic pay dirt with Big (1988), the magical Tom Hanks starrer about a boy who wakes up in the body of an adult. Co-produced by James L. Brooks, who brought the script to her, it was the first film directed by a woman to gross more than $100 million (about $198 million in today’s dollars) domestically.

Another great Marshall comedy, A League of Their Own (1992), a fictional account about the real-life All-American Girls Professional Baseball League organized during World War II, also starred Hanks (as well as Geena Davis, Rosie O’Donnell and Madonna) and broke through the $100 million barriers as well.

In between those films, the director dramatically changed course with the fact-based Awakenings(1990), which starred Robert De Niro as a middle-aged man who has been catatonic for 30 years and Robin Williams as a painfully shy doctor determined to “awaken” him.

With Awakenings, Marshall became the second woman ever to helm the best picture Oscar, nominee. She also is only one of seven to achieve that without landing a directors nom as well.

“I had friends who said, ‘Why do you want to be in a hospital for four months?’ I said, ‘I was depressed in a toy store, what difference does it make?’ ” she told the Los Angeles Times in 1990. “I’m a depressed person. People said it was so brave to do a drama. I didn’t think it was bravery. I figured I had an excuse: If it didn’t work, I could say, ‘Well, that’s not my strength.’ ”

Carole Penny Marshall, named after actress Carole Lombard, was born Oct. 15, 1943, and her family lived on the Grand Concourse, a major thoroughfare in the Bronx. Her father, Anthony, made industrial films, and her mother, Marjorie, was a dance instructor who taught her youngest kid how to tap.

Marshall often noted that Garry, 10 years older than she, and her sister Ronny, six years her senior, were planned, while she was a mistake. As a teenager, her mother told her, “You were a miscarriage, but you were stubborn and held on.” Her parents did not get along with each other.

Following high school, she fled to the University of New Mexico to study psychology, got married in 1961, dropped out and had a daughter, Tracy, her only child (who later was adopted by Reiner). Divorced after two years, Marshall supported herself with an array of jobs, including a stint as a choreographer for the Albuquerque Civic Light Opera Association, before heading to Los Angeles in 1967.

“I didn’t know my brother that well,” she told Tavis Smiley in a 2012 interview. “So I went and said, ‘Let me go meet him.’ He was doing well. He was writing for Dick Van Dyke and Joey Bishop and every show, so why not to meet him?

“He’s a great guy. I wouldn’t have a career without him. He told me to have lunch with this person, go take acting classes from this person. I said, ‘Mommy wants me to change my name.’ He said, ‘Why?’ ‘Because she doesn’t want me to embarrass the family.’ (Laughter.) ‘He said, ‘Don’t listen to her, she’s nuts.’ ”

Supporting herself as a secretary while studying acting, she appeared in commercials. Her first was a Head & Shoulders spot opposite the gorgeous, blond and then-unknown Farrah Fawcett; Marshall played her plain roommate.

After appearing on such shows as That Girl and Love, American Style, she and Reiner — mere months before they were to marry — auditioned for a new CBS sitcom. But while Reiner was cast as Michael Stivic, it was Sally Struthers who ended up playing his wife, Gloria, on All in the Family.

Marshall, though, soon joined her brother’s ABC comedy, The Odd Couple, as Oscar Madison’s flighty secretary, Myrna Turner. It was Jack Klugman, who played Oscar the sloppy sportswriter, who insisted she get the job.

Guest stints on such series as The Bob Newhart Show and The Mary Tyler Moore Show and a regular role on the short-lived sitcom Paul Sand in Friends and Lovers (created by Brooks and Allan Burns) followed.

In 1975, she and Williams — who had met on a double date years earlier during a Liza Minnelli performance at L.A.’s Ambassador Hotel — were working on a satire for Francis Ford Coppola’s Zoetrope magazine when Garry Marshall hired them for an episode of Happy Days.

Portraying “fast girls” recruited by Fonzie (Henry Winkler) for a double date with Richie Cunningham (Ron Howard), the two displayed an immediate comic rapport. So when ABC entertainment chief Fred Silverman asked the Happy Days creator if he had any ideas for a new show, he mentioned one starring his sister and Williams as Milwaukee’s best.

“Fred Silverman was in his spinoff days,” Marshall said in a 2000 interview with the Archive of American Television. “[I pitched the show as] two girls from the other side of the tracks. There are no shows about blue-collar girls on the air. He said, ‘It’s on! What’s its name?’ ‘I said, Laverne & Shirley.’ ‘Good, I love it!’ ”

The series, from Paramount Television, started out with the ladies living in a basement apartment and working as bottle cappers for the Schotz brewery in the 1950s. Marshall quaffed milk mixed with Pepsi and sported sweaters with a large, loopy ‘L’ on them, and she and Williams performed physical shenanigans not seen since the days of I Love Lucy.

“We [once] had a 60 share. That doesn’t happen except for the Academy Awards or things like that, like the Super Bowl,” she told the Huffington Post in May 2013. “We beat out Jesus once, I remember that. It was Easter.”

Williams, though, was not with the writers on the show, and in 1982 she sued Paramount for $20 million in a dispute over wanting to get paid while missing episodes because she was pregnant. After a settlement, Williams was written out of the series, and Laverne & Shirley wrapped after 178 episodes in May 1983 with one Emmy nom ever — for costume design.

In 1978, Marshall starred opposite Reiner in the ABC telefilm More Than Friends, co-written by Reiner and based on the early days of their courtship. (Earlier, Reiner had played her fiance, named Sheldn (they forgot the “o” on his birth certificate, as the gag went), on The Odd Couple.

She and Reiner split up in 1979; afterward, she had a long romance with singer Art Garfunkel.

Marshall also had a minor role in the 1979 comedy 1941, directed by Steven Spielberg, and she did a cameo as a director in the 1995 movie adaptation of Elmore Leonard’s Hollywood satire Get Shorty!

After A League of Their Own, Marshall directed Renaissance Man (1994), toplined by Danny DeVito and featuring Mark Wahlberg in his feature debut; The Preacher’s Wife (1996), with Denzel Washington and Whitney Houston in what she once called “the first black Christmas movie”; and the Drew Barrymore starred Riding in Cars With Boys (2001).

More recently, she directed a couple of episodes of Showtime’s United States of Tara and appeared on IFC’s Portlandia (series star Fred Armisen hilariously impersonated her to promote her sassy 2012 memoir, My Mother Was Nuts) and the Fox sitcom Mulaney.

Marshall was one of Hollywood’s most fervent Los Angeles Lakers fans. She regularly was seen courtside at the Forum and the Staples Center, with her trademark tinted glasses perched precariously on her nose.

Her daughter played left fielder Betty Spaghetti in A League of Their Own.

Duane Byrge contributed to this report.