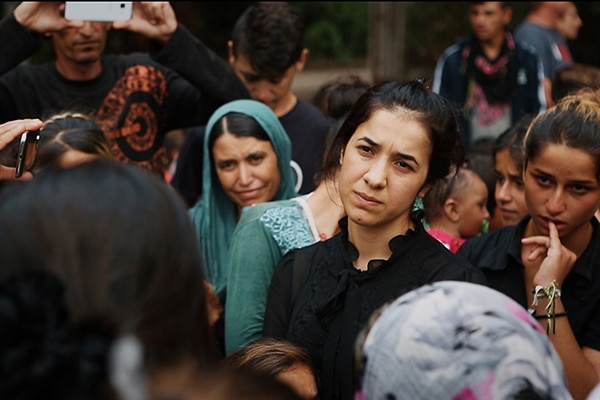 The 2019 Sundance Film Festival is almost upon us. Ahead of the annual mountainside event in Park City, Utah, Realscreen reached out to assorted distributors and sales agents that will be on the ground between Jan. 24 to Feb. 3 to find out what films they are bringing to the annual event and what types of projects they are looking to scoop up. Read part one of our round-up here.

OSCILLOSCOPE LABORATORIES
Oscilloscope is a film production and distribution company based in New York City, focusing on indie films across genres and formats.

What films has your company bought or sold at Sundance in the last year or two?
We acquired On her Shoulders, Hal (pictured, below) and The King from Sundance last year.

What’s the value of Sundance to your business?
Sundance is the premier showcase of independent filmmaking in the U.S. and it highlights fresh filmmaking talent. We usually acquire a few films at the festival that become tentpole releases of our year’s slate.

Answers sent to Realscreen via email from Aaron Katz. CINEPHIL
Cinephil is an international sales and advisory firm based in Tel Aviv. working on behalf of filmmakers and producers, Cinephil works to secure international distribution, broadcasting and financing deals for documentaries from around the world.

Who from Cinephil is attending Sundance?
Philippa Kowarsky, managing director.

What documentary/unscripted projects are you bringing to Sundance?
We’re in Sundance with Advocate (pictured, above) by Rachel Leah Jones and Philippe Bellaiche. The film is part of the World Documentary Competition. And in preparation for Berlin, we have Reconstructing Utoya by Carl Javer and… well, there’s a surprise for Berlin on the way.

Can you describe the projects you’ll be showcasing?
I’m terribly proud of Advocate. Lea Tsemel is such an incredible advocate and woman. She’s gutsy and smart, true to her beliefs, and a courageous doer. The filmmakers have captured her and her work exceptionally. This is the one-liner Sundance is using: “Lea Tsemel defends Palestinians from feminists to fundamentalists, from non-violent demonstrators to armed militants. As a Jewish-Israeli lawyer who has represented political prisoners for nearly 50 years, Tsemel’s tireless quest for justice pushes the praxis of human rights defender to its limits.”

What kinds of documentary projects are you looking to acquire, if any?
Really, all sorts, but at the end of the day, we’re attracted to projects that have added value, those that will still be with us when we wake up in the morning. We’re looking for films we can fight for, and that push boundaries of content and form. We’re looking for good stories and storytelling from around the world, with an eye out for women’s stories. Finally, we’d be thrilled to find a happy film in the mix.

What films has your company bought or sold at Sundance in the last year or two?
We were in Sundance a couple of years ago with Pascale Lamche’s film Winnie about Winnie Mandela, which won the Best Directing Award. Last year we brought The Cleaners by Hans Block and Morritz Riesewieck, which went on to be shown in another 100 festivals around the world and has since won dozens of awards. We’ve also had On Her Shoulders (pictured, below) by Alexandra Bombach, which won the Best Directing Award and was shortlisted for the Academy Awards. Nadia Murad, the subject of the film, went on to win the Nobel Peace Prize this year.

What’s the value of Sundance to your business?
It’s significant. We love presenting our new films in Park City and love the opportunity to meet the American industry, filmmakers, producers, and buyers. These are long term relationships. We’ve been attending (on-and-off) for almost 20 years now.

Answers sent to Realscreen via email from Philippa Kowarsky.

GUNPOWDER & SKY
Gunpowder & Sky is a global studio that creates, markets and distributes video content across forms, genres and platforms. Gunpowder & Sky produces MTV’s stunt series Too Stupid to Die(pictured, below), among other unscripted titles.

What kinds of documentary projects are you looking to acquire, if any?
Docs that surprise us or shine a light on a story living in the underbelly of society, or a novel perspective on an issue or a unique personality that has defied all expectations.

What films has your company bought or sold at Sundance in the last year or two?
Bought: The Little Hours in 2017 and Hearts Beat Loud in 2018, and in Van’s past Napoleon Dynamite, Hustle & Flow, Better Luck Tomorrow.

What’s the value of Sundance to your business?
Sundance still brings to light great young, innovative and breakthrough talent — including directors, writers, actors and producers who we want to help nurture and partner with for years to come.

Answers sent to Realscreen via email from Van Toffler. What documentary/unscripted projects are you bringing to Sundance?
Apollo 11 (pictured, below) and Halston.

Can you describe the projects you’ll be showcasing?
Apollo 11 is an all-archival look at the historic lunar mission that is an immersive experience. The restoration of the 50-year-old footage is so astonishing, it feels as though you are literally living through the mission, rather than watching a film. Neon will be releasing the film theatrically this year.

Halston is an exploration of the life and business of the iconic American designer who reflected and shaped our culture like none before him. He not only was the couturier who created Jacqueline Kennedy’s pillbox hat and dressed celebrities and socialites, he also was the first high fashion designer to want to dress “the everyday woman” – and women of color, different body types. Dogwoof is handling global sales out of Sundance.

What kinds of documentary projects are you looking to acquire, if any?
We look for films that we believe will not only work on CNN but have the capacity to work theatrically.

What films has your company bought or sold at Sundance in the last year or two?
Last year we sold RBG and Three Identical Strangers. The year before we sold Legion of Brothers and acquired Trophy.

What’s the value of Sundance to your business?
Sundance is always among the handful of top festivals for us from a buying and selling perspective. Documentaries are on equal footing with the scripted films, which typically creates a great place to launch your film.

Answers sent to Realscreen via email from Courtney Sexton.