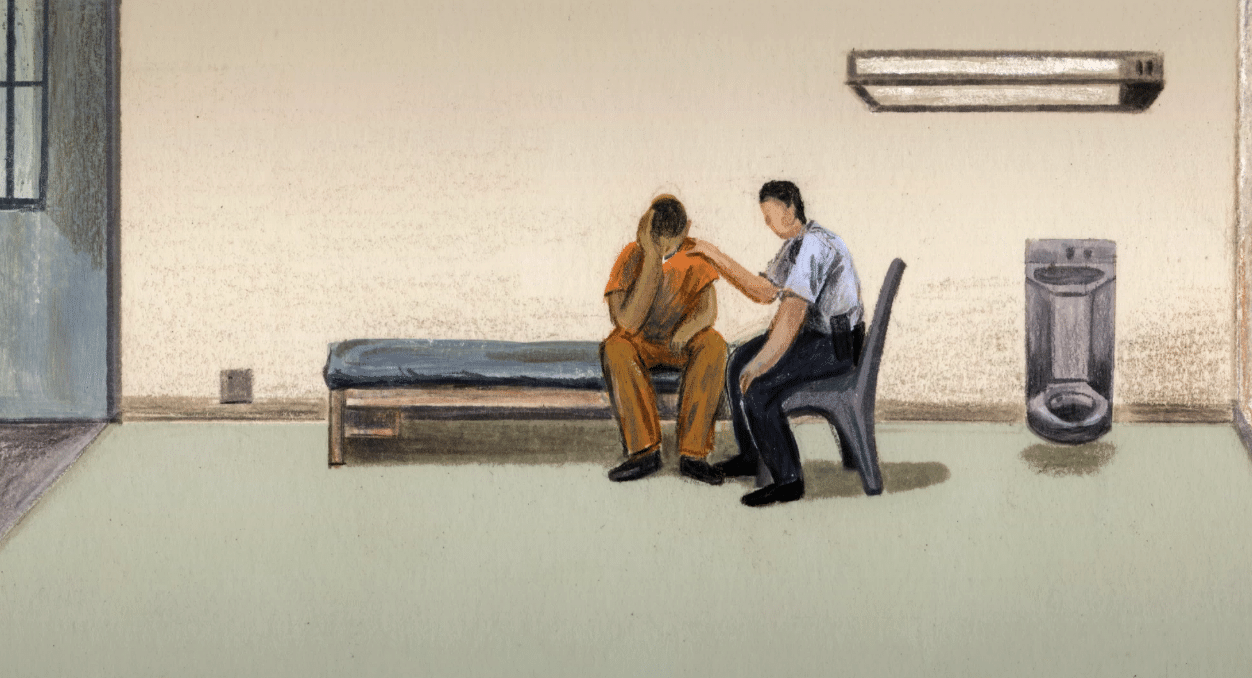 Human beings insist on being social creatures, no matter how much you indoctrinate or denigrate them.

All of us condemned inmates were hurt when Chaplain Chestnut left the prison to pursue other opportunities and, he said, to save his marriage.

Chestnut’s departure was devastating because he’d always treated us fairly, even favorably, going out of his way to treat us as equals and as parishioners. Before and after executions, he provided counsel when no one else bothered. “We may never understand God’s plans,” he’d say, “but rest assured the deaths of our friends and loved ones—however unjust—do not go unnoticed.”

Chestnut grieved with us, shedding tears in the privacy of his office after each of us was put to death.

But some of the other guards hated the way he felt about us. “Time’s up, Chaplain,” one said, during another of our grieving sessions, before hustling me down the hall to my cell.

Chestnut left in 2004, and was replaced by a series of chaplains who behaved more like the guards—sticklers for the rules more interested in making the staff feel comfortable. Nobody sought their counsel.

At the time, none of us connected his departure to any unwritten rule guiding interactions between inmates and staff, of which there are many in prison. The written policy against romantic or other fraternization between us and the guards is understandable. But human beings just insist on being social creatures, and no matter how much you indoctrinate or denigrate them, they remain as much. Officers are not emotionless robots any more than death-row prisoners are reducible to the crimes for which we have been convicted and sentenced.

Some other staff members have gone out of their way to be kind, patient, respectful, and compassionate. Ms. Johnson always gave us extra time for outside rec, waiting until a sergeant radioed her.

Mr. Sutherland liked talking about fishing—with anyone. If you could discuss the difference between saltwater and freshwater fly-fishing, he’d turn a blind eye in the chow line if you wanted another tray.

These were the simple courtesies that made our time and their job easier. TVs allowed to stay on after curfew, cell doors left open a bit longer than usual, maybe even a movie that a unit manager would bring us from home.

Before my friend Earl was put to death in 2005, Ms. Williams got transferred to the kitchen—because she couldn’t stomach the thought that her employment might equate to a kind of participation in his execution.

Months after his death, Mr. Beryl quit too, because he wouldn’t follow Lt. Wallace’s lead in writing us up for petty rules violations.

Wallace enjoyed charging us the $10 write-up fee (a fortune for people in prison) and giving us extra “work” duty, which, since most of us didn’t have actual jobs, meant having us pick up rocks on the rec yard and pile them in a corner. Beryl found this to be a ridiculous practice.

He also ignored the transgressions that his boss found unacceptable: unmade bunks, a family photo taped to the wall, having too much linen. “Y’all got death,” he’d say. “In my mind you’ve already been punished enough.”

But for most, the unwritten rule on death row has remained: disinterest, allegiance to policy, frequent staff turnover to reduce familiarity, and above all a belief in the status quo. Flouting the idea that inmates are “less than” is not to be accepted.

Some guards ask for transfers because accepting this rule means squelching the inclination to live and let live. Lt. Perry moved to another unit when every attempt he made to change the culture here was thwarted by the warden. His desire to run our cohort just like any other population made sense in terms of security, since there are fewer problems on death row than anywhere else at Central Prison.

But his requisitions for new equipment went unanswered. Perry found he had less to do, and less authority, as a unit manager of death row until and unless he punished us

It happened to Dr. Kuhns too. From 2010 to 2017, he directed psychological treatment at Central Prison. A man of conviction, he established a number of therapeutic programs on death row: creative writing, chess, drama, yoga, Toastmasters, art and more. These groups improved our self-esteem, emotional maturity, and the overall behavior of our entire unit.

The problem with Kuhns’s recognition and nurturing of our humanity is that it, too, ignored the unwritten rule. After a more security-minded administration came into power, he and ten of his volunteers were scrutinized for their friendliness with five death-row prisoners. (I was one of them.) All of the programs were stopped.

The volunteers were scared away, and Dr. Kuhns eventually took a job elsewhere.

The shrinks who replaced him carry the administrative line into our therapy sessions: “Actions have consequences,” they say during treatment.

And in January of this year, Sgt. Cross, too, retired. I remember meeting him for the first time in 1997 as a 19-year-old awaiting trial for capital murder. He saw how young I looked and pulled me aside. “Keep your head down and you’ll be alright,” he said.

Years later, I learned that Cross had participated in “death watch” alongside several of my friends before they were executed. In the final 72 hours of their lives, he stayed with them in what otherwise would have been complete isolation.

The guards assigned to death watch are connected more intimately to a death sentence than any judge, jury, politician, or voter.

I asked Cross about this before he left.

“Some of the guys ask for me to be there,” he told me. “At least they can die with somebody they know, so they don’t feel so alone.”

After his retirement, Cross returned once to death row, in a civilian outfit and with his wife and son in tow. He pointed out various prisoners he knew more about than some of their own families. Guys he’d spent his days with and worked with for decades. He and his loved ones walked around a bit, then left with a wave. It was the goodbye of someone who had been a part of our lives, just as we had of his, regardless of the rules.

Lyle May, 40, is incarcerated on death row at Central Prison in Raleigh, N.C., where he is awaiting execution for two counts of first-degree murder. He was convicted of killing a mother and her four-year-old child.