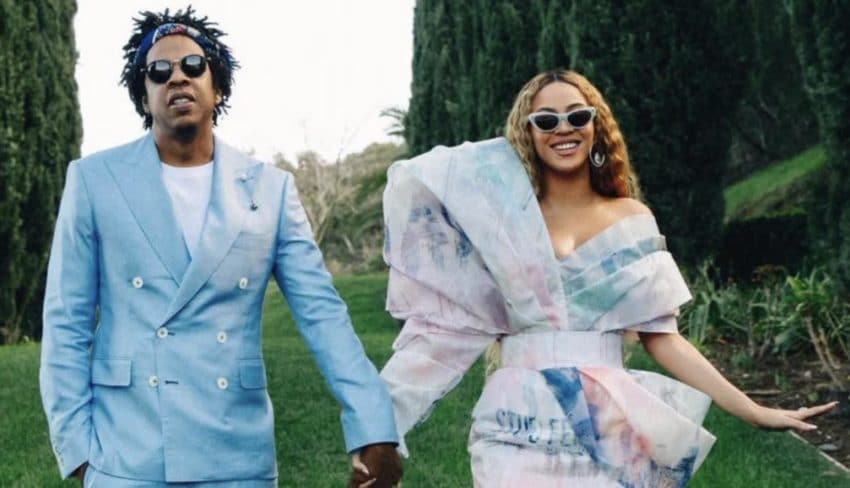 If there is a single micro-genre of American journalism more nauseating than the “Jay-Z and Beyonce woke discourse circa 2007-2019,” I can’t think of it.

Why exactly we settled on these two billionaire entertainers as the embodiment of progressivism is utterly beyond me. There was never anything revolutionary about “Woke Queen Bey.” Her weird 2010s monarchist turn was the will-to-power artfully packaged for 20-something Teen Vogue editorial assistants; lyrics like “I see it, I want it, I stunt, yellow bone it / I dream it, I work hard, I grind till I own it” are essentially Randian. (If you want to know what a real queen looks and sounds like, listen to this.) The fact that there is even an appetite for this kind of thing among left-of-center people says more about where liberal democracy is headed than it does about the people who have profited from it. As for Jay-Z, his — gag me — “feminism” is about as sincere as you might expect from someone who got rich mouthing along to lines like “In the cut where I keep em / Till I need a nut.” Even within the somewhat insular world of wealthy rap power couples, the actual substance and effectiveness of their political activism is put to shame by Mr. and (especially) Mrs. Kanye West.

All of which is to say that I can’t believe anyone is actually surprised, much less upset, by Jay-Z’s recent partnership with the NFL on racial issues. (I am using the noun “partnership” because on its face it is impossible to give any meaningful summary of his actual responsibilities as “live music entertainment strategist.”) Nobody bats an eye when Rush Limbaugh says things like “I think we’re past kneeling.” Why should anybody be surprised when the guy who did “Big Pimpin'” tells us the same thing? Of course he’s “the NFL’s black boyfriend.” He’s been upper-middle-class white frat bros’ black boyfriend for two decades now.

Even more baffling is the response from conservatives. You would think that they would be the first to dismiss the cravenness and stupidity of the whole enterprise. Instead America’s foremost opponents of so-called “victim culture” have decided that Jay-Z is, in fact, a victim here. As Jim Geraghty wrote in National Review recently under the headline “Jay-Z Joins the Ranks of the Insufficiently Woke”:

In the eyes of the African-American, social-justice Left, any NFL partnership with Jay-Z, any roundtable discussions, and any public-awareness campaigns are mere window-dressing to obscure their past unjust actions and viewpoints, injustice best exemplified by the treatment of [Colin] Kaepernick. The more the NFL does to try to win over these critics, the more those critics will loudly denounce those efforts as a bad-faith or cynical public-relations effort. In this mindset, social justice means Kaepernick playing again, and any outcome without that element cannot constitute true social justice.

I am struggling to understand what point is being made here. Does the author not think that the league’s partnership with Jay-Z is “mere window-dressing”? Do conservatives really believe that what is happening here is anything but “a bad-faith or cynical public-relations effort”? Or are they actually under the impression that when giant corporations hire celebrities — especially those who are also potential investors — as image consultants, they are actually doing it out of a sincere and heartfelt desire to engage in dialogue and empathize with the plight of marginalized communities? Do they think that phrases like “an opportunity to strengthen the fabric of communities across America” have any meaningful content? The mind reels.

Practically the only person who has said anything sensible about the whole controversy is Eric Reid, the Carolina Panthers safety who was previously one of Colin Kaepernick’s teammates in San Francisco. “When has Jay-Z ever taken a knee?” Bingo. This is why Jay-Z’s insistence that this form of protest, in which he could never have taken any meaningful part in the first place, is no longer relevant is absurd on its face. It was never his business to begin with; for him to insist that it should be over now because, well, the NFL is sending him checks is not just wrong — it’s colorless green ideas sleeping furiously.

There is, as far as I can tell, only one upside to all of this, namely that it could mean we no longer have to pretend to like the music of people who haven’t recorded an interesting song since the Bush administration.