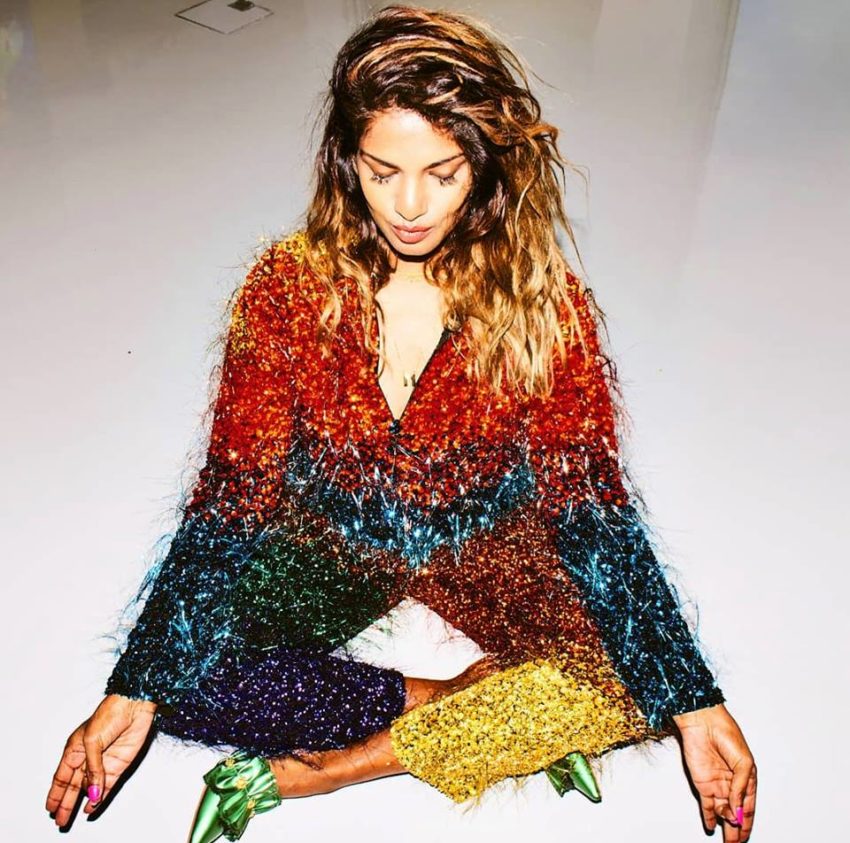 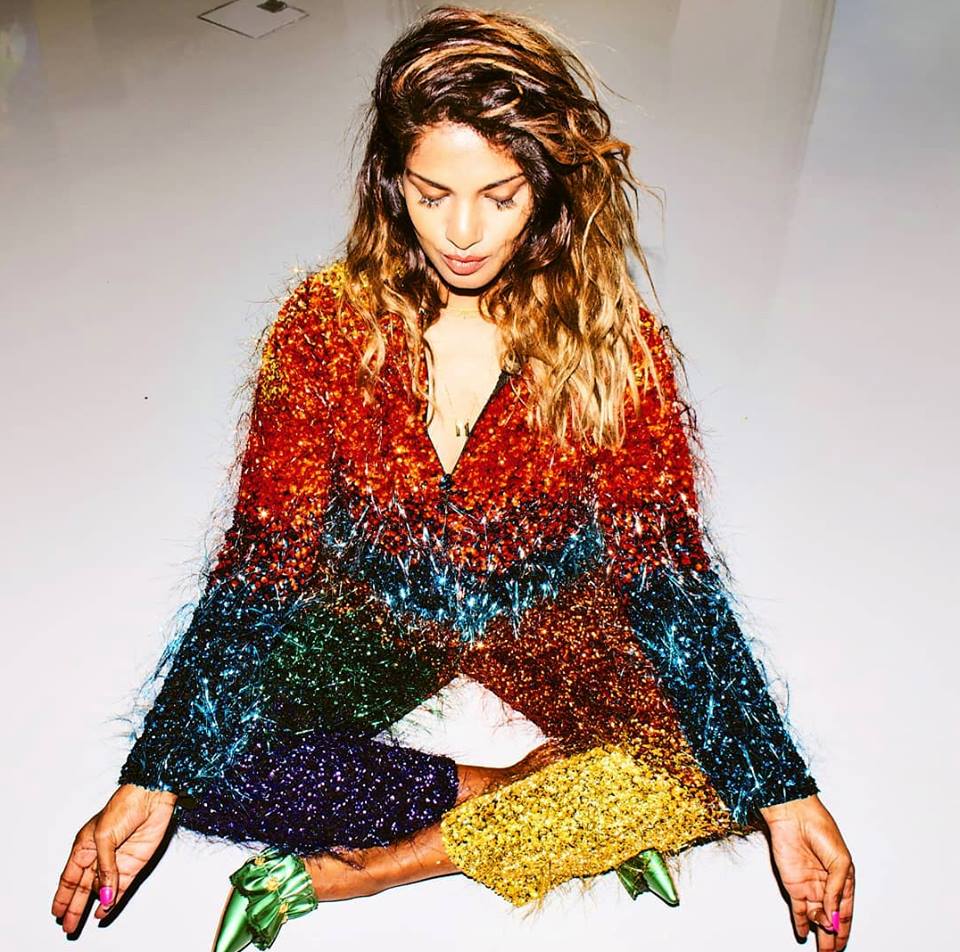 This past September a new documentary was released in select cities about Maya Arulpragasm, better known as M.I.A. (Its title, Matangi / Maya / M.I.A., also refers to her birth name, Mathangi.) Towards the end of this remarkable documentary, M.I.A. states, “I need to keep the immigrant story in all my work, always, because that is what I’m trying to make sense of.” Hers is a story of ostracism and censorship. Establishment media like to see themselves as doing someone of her background a favor by elevating their platform. But M.I.A. never backs down from her advocacy of marginalized peoples and has continued to ruthlessly critique hegemonic supremacist ideologies that deny the autonomy of those less fortunate, which is the starting point of the prevailing power/capital order. It is rare indeed to see someone so consistently hold to her message despite the foils of success. And a common argument levied about many, and no less of M.I.A., is how can someone in such a transformed situation – from being a child refugee from Sri Lanka to a global sensation – dare to speak of the problems about a world so distant from where she ended up? But that is only a superficial argument and a logical fallacy at best. It is an inverted version of the tu quoque argument wherein one accuses the other of hypocrisy in order to avoid blame for one’s own actions. For although M.I.A. left her war-torn homeland as a child, it is no less a part of her identity having grown up in the refugee ghettos of London.

The first time I heard the music of M.I.A. was in a documentary on the infamous hacker group Anonymous, during which they played her song “Meds and Feds.” I was immediately floored by the message and passion behind the music and became enraptured by this artist. I was later to learn that she was the daughter of a man who had founded the Tamil Resistance Movement in Sri Lanka, a labeled terrorist organization against the majority Sinhalese government, the division of which was a result of their ex-colonial British overseer. This immediately in my eyes lent credence to her position as an outcast and advocate for resistance. As she says of herself when providing her background in the documentary, “This is what happened to a kid whose dad went off and became a terrorist.”

For those not familiar with her sound, M.I.A.’s music ranges in dynamic from hip hop story-telling in songs like “20 Dollar,” where the plight of indigenous communities is juxtaposed against Western imperialism and profit, to other rock influences with distortion-riddled chords echoed against an oft-repeated chorus in almost a chant-like quality, to including native instruments and choral arrangements that capture the cultures she attempts to explore. This was a result of her Tamil background and refugee status combined with Western influences such as Public Enemyand other hip hop sources of empowerment which encouraged her to pursue speaking up for the disenfranchised. Another coeval inspiration is in having seen footage of her reading the radical psychologist Frantz Fanon whose book The Wretched of the Earth fueled my own desire to speak up for oppressed peoples and spread consciousness of diversity in the face of increasing violence to maintain dominance at the expense of those under rule.

In the opening scene to Maya Arulpragasm’s new documentary, she says how, while filming the video to her song “Borders,” if she does not get a hit, she’ll have to start a drug habit and overdose because that’s what you do when you are unable to express what you need to get out. I relate heavily to this sentiment. We all have different skills and abilities. Mine happens to be writing, and without it I would not have had the success that I have had this past year in recovering from my latest bout of mental health crises. There is a level of pride and self-identity embodied in her persona from the hardships she and her family have endured. At one point in the documentary it shows her and some of her siblings discussing the effects that their father’s militancy had on them. Whereas the other siblings lamented the lack of a father figure, M.I.A. takes inspiration from their father in that he continued to fight for what was ultimately a losing cause. There is much to be learned from fighting against all odds, and even though one may not find “success” at the end, there is a vitality still involved in that, for by having existed, it speaks to the indominable spirit of those who suffer.

It brings to mind the anarcho-nihilist book entitled Blessed is the Flame, wherein Serafinski recounts the resistance of Jewish captives in the concentration camps who, despite knowing full well that their acts of resistance would not only be futile but would also worsen their conditions, still found ways to subvert the Nazi machine. The test of the true revolutionary is whether one is willing to sacrifice everything despite knowing full well that it will come to naught. That no less a tear will be shed. That no one will hear you in the end, or, at best, if they do, that they will not care. Sitting with her father in London after the end of the war, they recalled together a toy duck that he brought home to his children. Her father goes on to explain that the wooden duck, along with clothing and other gifts for his kids, was actually used to disguise a package of explosives and ammunition he was smuggling to use in future attacks against the government. Little wonder that M.I.A.’s music has been described of as being a musical act of terrorism itself.

Her debut 2005 album, Arular, was an instant success and had over one million downloads over Napster when that was still a threat to the music industry. Due to this, she was invited to perform at the 2005 Coachella. For her sophomore album Kala, she returned to her homeland and other cultures around the globe to record live the local animals, children, and instruments that are heard on the record in an attempt to capture part of her own early lived experience. Kala has to be one of the best albums released in the past 15 years and was even listed in Rolling Stone’s 2012 article, “Women Who Rock: The 50 Greatest Albums of All Time.” Much of her songwriting is an imaginative experiment to search for meaning in a situation where otherwise she may have become a Tamil Tiger insurgent compared to the more superficial life style of being a successful hip hop artist in London. For as much as the dominant cultures like to imagine a fictional purity of races, the immigrant experience is a deeply interwoven aspect of those cultures and is just as vital a part of Western identity as the more mainstream trends. In 2009 M.I.A. was pregnant, nominated for an Oscar and a Grammy, and saw the escalating violence happening in Sri Lanka with the government targeting Tamil civilians in their fight against the Tigers. In an interview she explains it as, “Under the guise of fighting terrorism, there is a genocide going on.” There was backlash to that statement such that the supporters of the Sri Lankan government accused M.I.A. of promoting terrorism. Much of the press wanted her to talk about stardom whereas her mission was to spread awareness of the plight of the Tamil people who were being blown up and shot down daily. Her “Born Free” music video was pulled from YouTube in 2009 for the violent depiction of the extrajudicial killings by police of red-headed citizens in an attempt to show the nearness and artifice of genocide. Despite M.I.A. being able to find and share real execution videos of real Tamils on YouTube who she says no one bats an eye about, her video was censored. How can one elide the real horrors going on in the world but then become hysterical about an artistic representation meant to bring awareness to that very real problem?

In her most notorious U.S. moment, in 2012 M.I.A. performed with Madonna at Superbowl XLVI where she subversively gave the middle finger to the camera. The reaction against her was swift and harsh. As she says in the documentary, “A brown person standing up there who’s not sucking dick is more offensive than murdering someone.” Critics even went so far as to criticize her performance there for not being “an American,” which goes directly to everything she’s fought against in terms of immigrant representation. And it is a sad truth today that the mainstream hegemonic culture will get up in arms about any earnest critique of systems of oppression but then go on to undermine the severity of the very oppression being spoken against. This is the reality that M.I.A. has worked so hard to shed light upon. M.I.A.’s indominable spirit has continued to threaten the music industry with her message of resistance and hope for refugees. Her last release was in 2016 with her album AIM, which drew no less a contested response due to her depiction of migrants crossing borders and travelling dangerous seas. The media has recently held back on what was at the time a continued coverage of the plight of such refugees seeking sanctuary within countries that had initially destabilized their homes. What I find so empowering about M.I.A., however, is that she demonstrates that it can be done. That an artist can maintain a contentious message and still find success and approval, however beleaguered she may be by the press. As the documentary shows, this success is not without its own resultant turmoil for the artist. But if music can be a medium for resistance, as hip hop initially was coming out of the ghettoes of New York to express the plight of African-Americans, then we should all be taking notes from M.I.A. on how it can continue to be done.