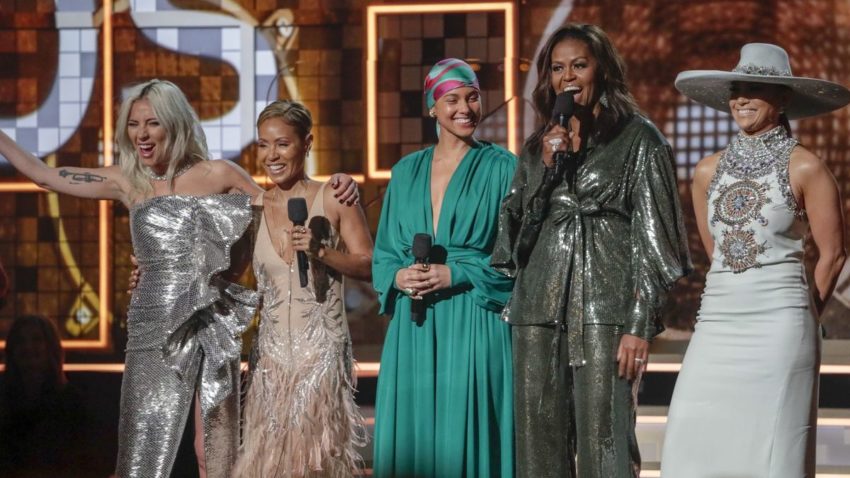 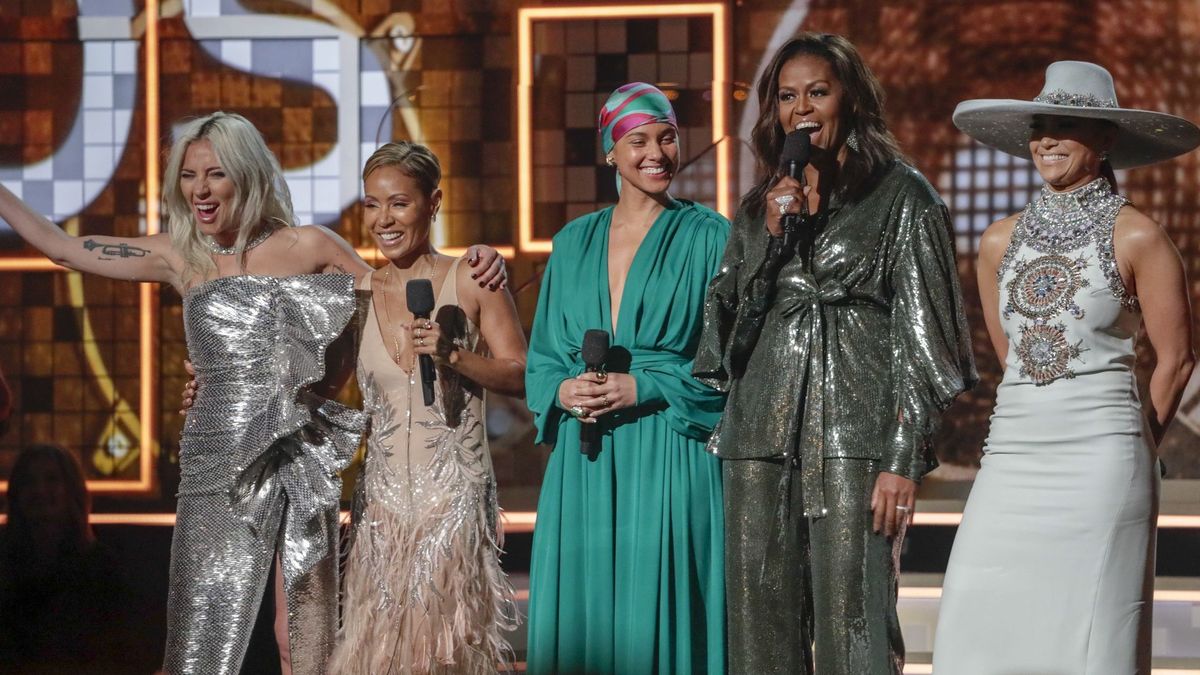 Michelle Obama was briefly drowned out by applause as she joined host Alicia Keys, Lady Gaga, Jada Pinkett-Smith and Jennifer Lopez at the beginning of the 61st Annual Grammy Awards.

After Keys introduced the other four women as her sisters, each delivered short remarks about the power of music. The former first lady went last and got only a few words into her remarks about wearing out old Motown Records when she grew up on the South Side of Chicago before the audience drowned her out with applause.

“We’ve got a show to do!” Obama told the audience, before continuing. She said the Beyonce’s “Run the World” had helped her through the last decade, and added: “Whether we like country or rap or rock, music helps us share ourselves… it allows us to hear each other, to invite each other in.”

She told the audience that the night would be a celebration.

In Gaga’s opening remarks, she told her audience: “They said I was weird, that my look, my choices, my sound, that it wouldn’t work. But music told me not to listen to them. Music took my ears, took my hands, my voice and my soul and it led me to all of you, and to all my Little Monster who I love so much.”

As she accepted the first award of the night, she said how grateful she was that her film “A Star Is Born” addressed mental illness, and urged the audience to pay attention to one another’s troubles and help each other. 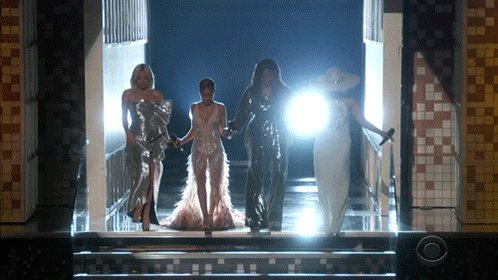