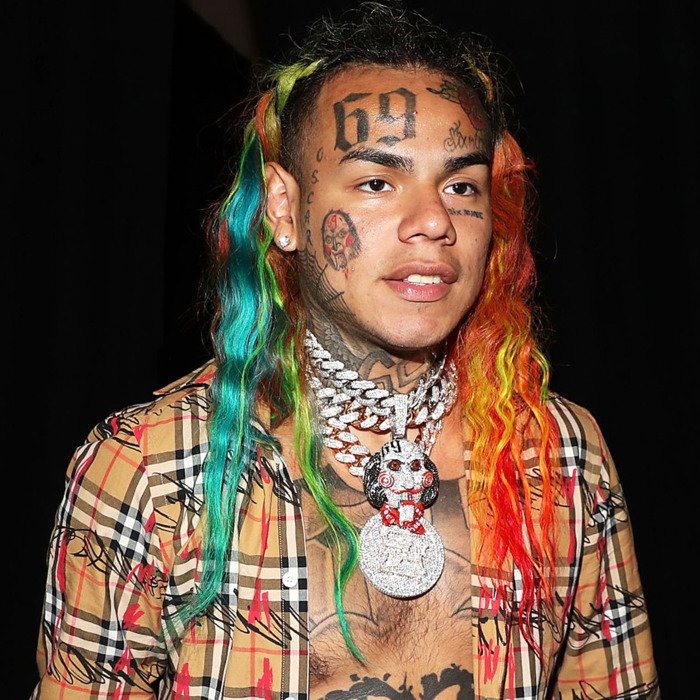 Takashi 6ix9ine, the colorful and controversial Brooklyn rapper who quickly rose to fame after the release of his song “Gummo” in October 2017, has pleaded guilty to nine criminal charges stemming from an indictment brought against him and four others — including his former manager, Kifano Jordan — last November.

The charges the rapper, born Daniel Hernandez, pleaded guilty to include racketeering (in concert with a New York gang called the Nine Trey Gangsta Bloods, of which his co-defendants from the November indictment were also accused of being a part), assault, firearms offenses, and one drug trafficking charge. His plea was entered on Jan. 23 but became public Friday after the relevant court documents were made available. Hernandez’s lawyer, Lance Lazarro, did not immediately respond to requests for comment on the pleas.

Hernandez’s precipitous rise as a performer has been inseparable from alleged instances of violence, grudges between him and other rappers and serious legal troubles.

NYPD Officer Tasked With Investigating The Rap And Hip-Hop Community

In October 2018, Hernandez was given four years’ probation after pleading guilty to charges brought against him in 2015 of making and distributing a sexually explicit video of a 13-year-old girl. (An adult man who had sex with the same girl as part of the videos was jailed.) As The New York Times reported, just “hours after” his guilty plea in that case was entered, a “melee broke out” during a meeting with the head of his record label, during which a gun was fired by a bodyguard for Hernandez.

Earlier that year, in August, a drive-by shooting occurred during the filming of a music video by Hernandez and the rapper 50 Cent. In July, Hernandez told authorities he had been kidnapped and robbed in Brooklyn. In February, footage emerged showing Hernandez being involved in a brawl just outside Los Angeles International Airport.

The next hearing in the case for which Hernandez entered his most recent pleas is scheduled for Feb. 27 in Manhattan.