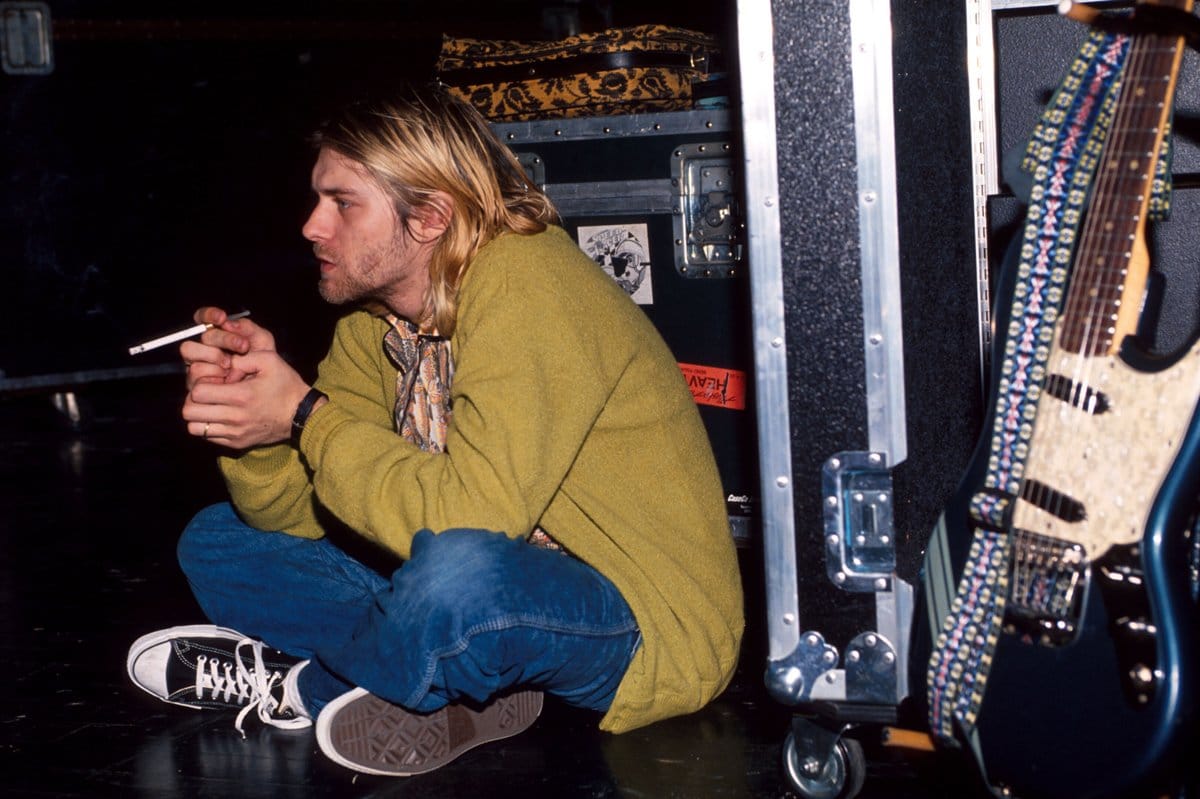 Romanticized, ripped off, and never quite forgotten, Kurt Cobain still haunts us like no other rock star. But ten years after his controversial suicide, as a new generation begins to experience his music in its own way, what do Cobain, Nirvana, and “grunge” really mean to anyone anymore?

According to Japan’s Shinto faith, when a person dies, his or her spirit passes into nature to reside in the air, water, and rocks. If the person has distinguished him- or herself in life, the spirit becomes a kami, a deity associated with powerful forces like wind and thunder. These deities can be endowed with completely opposite personalities — gentle or violent.
“[He] made women want to nurture and protect him,” a friend, Carrie Montgomery, once said of Kurt Cobain. “He was a paradox in that way, because he also could be brutally and intensely strong, yet at the same time, he could appear fragile and delicate.” The Japanese believe that after death the spirit is angry and defiled. Relatives perform rituals to pacify and purify it. Those who die happily, among their families, become revered ancestors. Those who die unhappily or violently — usually through murder or suicide — are called yurei, ghosts who wander about causing trouble. The ghosts
of suicides are said to be the most dangerous.
She’ll come back as fire, to burn all the liars, and leave a blanket of ash on the ground.— “Frances Farmer Will Have Her Revenge on Seattle” (Nirvana, In Utero, 1993)
In July 1989, a band recently signed to Seattle indie label Sub Pop appeared at a small New Jersey nightclub. They went on early, played to about 30 people, and, according to a witness, “just incinerated the place.” The group had built a strong word-of-mouth following since the release of their first single the previous year, but for newcomers, the show was a revelation. “It was like, ‘What the fuck?’ ” says the witness, Sonic Youth’s Thurston Moore (who later helped the band sign to DGC). “Not only was every song crushingly great, but at the end, they just smashed their instruments and threw them into the audience. It seemed totally new.”
Continue Reading