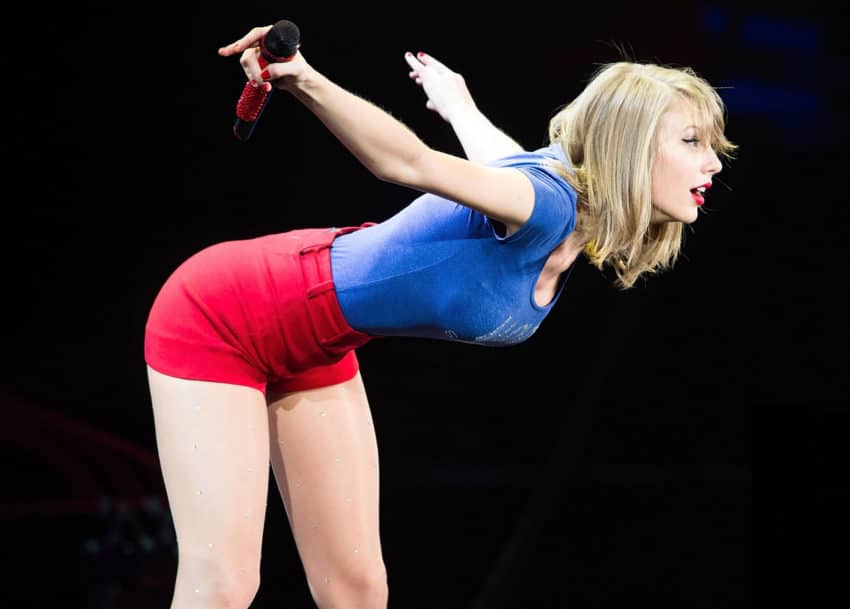 UPDATED: In a statement issued early Friday morning, Big Machine Records denied Taylor Swift’s claims that they are blocking the use of her music. Swift had said in social media posts late Thursday that her former record company, which is run by Scott Borchetta and his new partner Scooter Braun, are trying to nix her plans for a retrospective performance at the American Music Awards, as well as denying the use of her recordings for a newly revealed Netflix documentary.

In a statement signed by Big Machine but sent by Braun’s SB Projects, the company wrote:

“As Taylor Swift’s partner for over a decade, we were shocked to see her Tumblr statements yesterday based on false information. At no point did we say Taylor could not perform on the AMAs or block her Netflix special. In fact, we do not have the right to keep her from performing live anywhere. Since Taylor’s decision to leave Big Machine last fall, we have continued to honor all of her requests to license her catalog to third parties as she promotes her current record in which we do not financially participate.

“The truth is, Taylor has admitted to contractually owing millions of dollars and multiple assets to our company, which is responsible for 120 hardworking employees who helped build her career. We have worked diligently to have a conversation about these matters with Taylor and her team to productively move forward. We started to see progress over the past two weeks and were optimistic as recently as yesterday that this may get resolved. However, despite our persistent efforts to find a private and mutually satisfactory solution, Taylor made a unilateral decision last night to enlist her fanbase in a calculated manner that greatly affects the safety of our employees and their families.

“Taylor, the narrative you have created does not exist. All we ask is to have a direct and honest conversation. When that happens, you will see there is nothing but respect, kindness and support waiting for you on the other side. To date, not one of the invitations to speak with us and work through this has been accepted. Rumors fester in the absence of communication. Let’s not have that continue here. We share the collective goal of giving your fans the entertainment they both want and deserve.”

A rep for Swift denied those claims in a statement issued less than three hours after Big Machine’s.

Swift says in her posts that the Big Machine team told her she would be allowed the use of her old songs only if she agreed not to re-record them in the future — a non-starter for her, she says — and if she affirmed she would not speak negatively of the company going forward.

Normally, performing older material live when the master recordings are held by someone else shouldn’t require permission, except Swift claims that Borchetta and Braun are contending that a performance of them on the AMAs constitutes “re-recording them before I’m allowed to next year.” She also said “Scott and Scooter have declined the use of my older music or performance footage for [the Netflix documentary].”

Parsing Big Machine’s statement, those specific claims are actually not completely denied: They say “At no point did we say Taylor could not perform on the AMAs or block her Netflix special,” but do not address permission to use Big Machine-era songs in those shows; they also say they “have continued to honor all of her requests to license her catalog to third parties,” but do not address the two proposed uses in question. (A rep for Braun and Big Machine did not immediately respond to Variety‘s request for further clarification.) They then move on to bigger issues that address the troubled relations between Swift and the label, which broke into the open at the time the Braun-led purchase of the company for a reported $300 million was announced on June 30.

On that day, Swift posted an impassioned social media post in which she described feeling “sad and grossed out” by the deal, which includes the rights to her entire catalog up through 2017’s “Reputation.” She called the agreement “my worst case scenario,” said she has always mistrusted him, and accused him of “bullying” her, referencing a social media post in which Bieber, Braun and Kanye West — with whom Swift was bitterly and publicly sparring at the time — were photographed together captioned “Taylor Swift what up.” Bieber has apologized for the post.

“For years I asked, pleaded for a chance to own my work,” the post begins. “Instead I was given an opportunity to sign back up to Big Machine Records and ‘earn’ one album back at a time, one for every new one I turned in. I walked away because I knew once I signed that contract, Scott Borchetta would sell the label, thereby selling me and my future. I had to make the excruciating choice to leave behind my past.”

Swift claims to have been blindsided by the deal, which seems questionable since her father was a Big Machine shareholder and rumors within the industry were almost unavoidable in the weeks before it happened, but it’s possible the family turned a willfully blind eye.

The singer has said she will re-record and release her earlier material when she is contractually permitted to do so next year — a brazen play to devalue her early catalog, which is now owned by Braun’s investment company — although whether or not that actually happens (or if a re-recording would actually spur sales of the originals) remains to be seen.

While Big Machine and Borchetta have aggressively denied the particulars of most of Swift’s claims, she has continued to double down on them, accusing her former label chief of “betrayal” and calling the deal “sneaky.”

Variety will have more on the dispute as it continues to evolve.

More on the Taylor Swift and Big Machine feud: