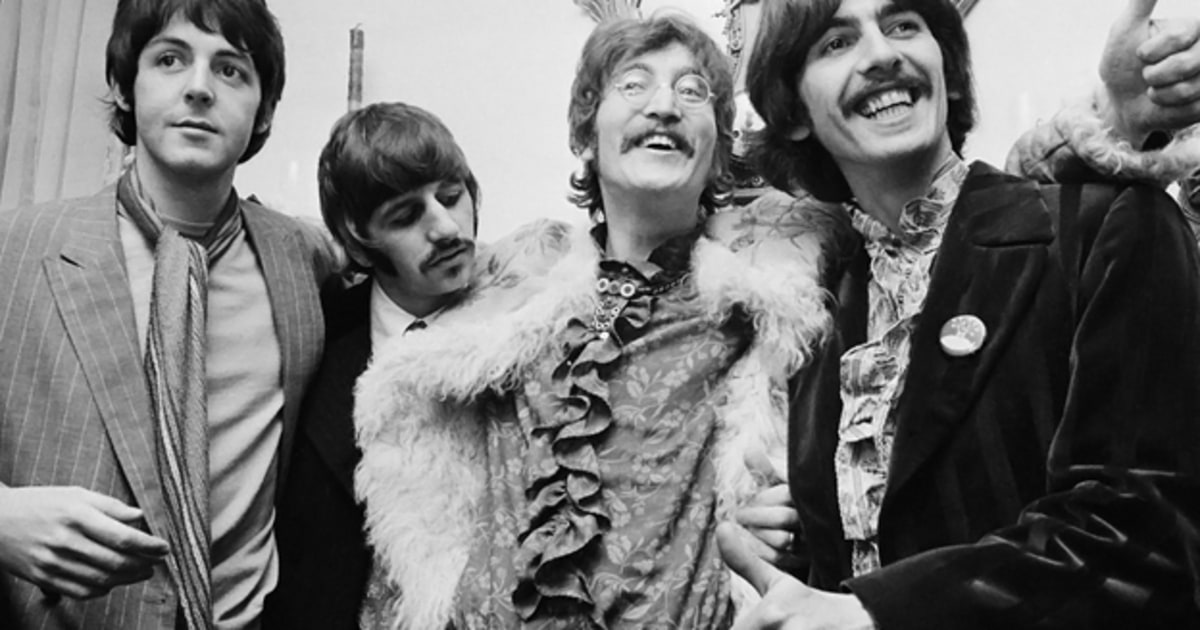 Philip Norman had a ringside seat as their Apple HQ collapsed in a blur of sex, drugs and Hell’s Angels.

Number 3 Savile Row is a Georgian house in the heart of Mayfair’s bespoke tailoring district.

Nowadays, it’s a trendy children’s clothing store, but 50 years ago it became one of London’s most famous buildings as the HQ of the Beatles’ Apple organization.

Here, John, Paul, George and Ringo made their brief, disastrous attempt to become business tycoons; here, too, they effectively broke up in 1969, although the official split didn’t come until two years later.

And while the double crisis unfolded, and those closest of friends turned to bitter boardroom opponents, I was inside the house, watching it happen.

I sat with John and Yoko Ono — then playing her own not inconsiderable part in breaking up the Beatles — while they planned to give their next Press conference with sacks over their heads.

I talked to George as he tried on expensive Mr Fish shirts for a photo session, and was presented by Ringo with a jar of apple jam made by his then wife (and George’s future lover), Maureen.

I had breakfast with the Beatles’ terrifying new American manager, Allen Klein, as he fought to keep the band together until he could sign them to a massive new recording-contract.

And every day I witnessed the Beatles’ business being plundered by swarms of con artists and freeloaders like wasps around a Grade II-listed honeypot.

Apple sprang from their desire to have their own record label, rather than be tied to the elephantine EMI organization, and take control of the many other commercial activities being carried on in their name, like music publishing, film-making and merchandising.

Fortuitously, EMI owed them £2million in back royalties (multiply by ten for today’s value) which was to be paid in a single installment.

The only way to avoid losing almost all of it under the then Labour government’s punitive tax regime was to invest it in a business.Paul McCartney defined their aim as ‘a kind of Western Communism…’