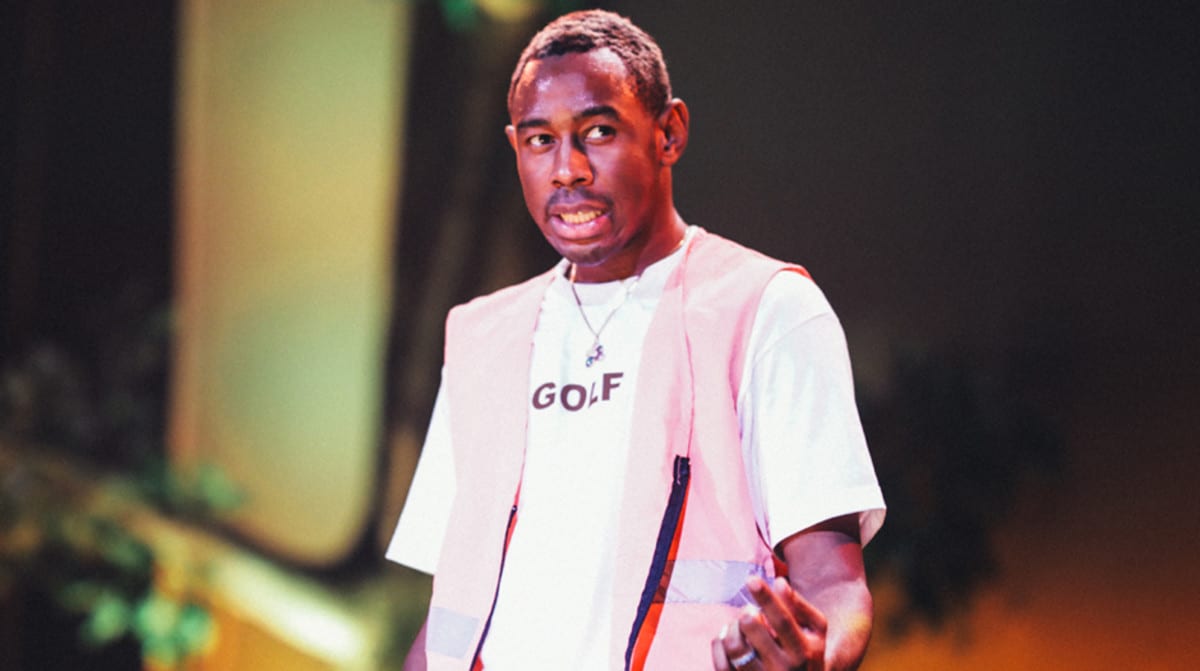 His colorful Coachella was the ultimate distillation of ‘Flower Boy”s mood and aesthetic, finding Tyler in a new era, all alone in a fantasy world of his own creation.

The Tyler, the Creator of 2018 is not the boy we once knew. Before say, last year, when I thought of Tyler, one video in particular would come to mind. It’s a 2012 clip from a Jimmy Fallon appearance, where Tyler and Hodgy, clad in ski masks, perform “Sandwiches” while destroying property and terrorizing the show’s other guests. The performance is funny and weird and smart, but also twisted—a strange teen riot acted out on live TV. For a long time, that was Tyler’s sole operational mode: 100 percent pure shock value.

So when Tyler released last year’s Flower Boy, it was an easy target for more skeptical critics: a lush, warm concept album with an ostensibly queer narrative. Cynics quickly dismissed the record as a way for a boy who used to call anything that moved a slur of some sort to earn some woke points. Listen closely, though, and Flower Boy is basically the opposite; it’s an album about growing up and reckoning with identity, a pastel-colored wonderland where black kids can self-determine and express themselves and live unchallenged. It sounds like Tyler working out who he is, and deciding, maybe, that he’s not that much of a troublemaker anymore.

Saturday’s set was a perfect extension of Flower Boy’s mood and aesthetic; bucking any expectations of what a Tyler, the Creator set should be, it showcased the depth of New Tyler as a performer and as a songwriter. No longer an agitator, Tyler is now something of a showman. He’s sweet onstage, asking us “Are you having a good time, Coachella?” and “Will you sing with me?” and urging the crowd to sing the hook on “Boredom” in a way that’s almost childlike. Wearing leather Golf Le Fleurs, a ‘No Violence!’ t-shirt and a hat bearing the words ‘Problem Child’ (all his own label, Golf Wang), Tyler looks like your friend’s shy younger brother, sheepishly sliding and shimmying across the stage during some of the songs with funkier arrangements, and walking around the set’s large trees and logs like he’s exploring.