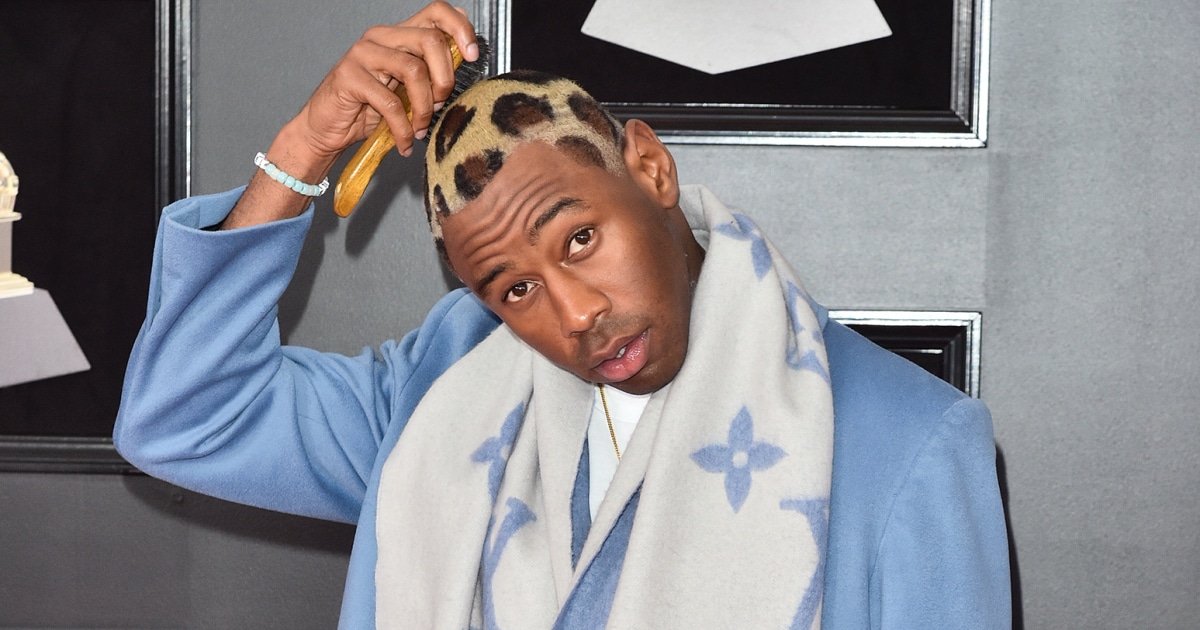 Tyler, the Creator has had as eventful a year as he has a career!” said the “stan” who only listened to “Bastard” for the first time nine months ago. Hmm, interesting. Well anyways, some facets of this statement are actually factual! No, not even kidding!

Over the last year, Tyler arguably had his greatest commercial 52 weeks to date, made it onto the radio a couple of times and remains banned from the United Kingdom for his at-times obscene subject matter, despite how posh and lovey-dovey his last project was.

Premier Bar: “Claiming that you rich, like, bitch we know you lying (yuh) / What yo backyard look like? What your mama driving?”

Original Song: “Bring It Back” by Trouble, Drake and Mike Will Made It

If I’m being honest here, Tyler’s verse on this song convinced me to dislike it more than I already did the original. Just like when other artists steal rhythms to reinvent themselves with, Tyler’s nasally flow on this track truly gets on my nerves, and it is undoubtedly also one of the most repetitive.

Premier Bar: “Flower Boy gold, no gimmicks, I joke / And I ain’t have to fuck Akademiks to post”

Of all the songs that the Golf poster boy released over the course of the past few months, this is certainly the one that I expected the least. But honestly, that’s for a good reason, and I personally believed it should’ve been kept that way.

As what was a standout track on mumble-rap savant Playboi Carti’s recent album, the track doesn’t sit as well coming from literally anybody else who’s not screaming, “I’ma go fuck that bitch!” throughout the whole piece.

Premier Bar: “I sit in my garden and play Stevie Wonder / And get foot massages while Clancy talk numbers”

Of all the remixes he’s released throughout 2018, this one has certainly grown on me the most. As unorthodox as it might be to hear the dude over a Lil Baby beat, Tyler is genuinely talking his shit on this track. He shouts out his fanbase for buying his tickets (“The carnival sell out, the stadium Dodger”) and about lots of different cars.

Ah, you know what, I’m going to have to rescind my statement. It truly hasn’t grown on me that much; this one is average at best.

Tyler spazzed throughout this song, switching his flow up consistently while throwing out some nonsense no one wanted to hear about how Odd Future is officially over with (“Golf be the set, no more OF”) and that part sucks, a lot.

But it’s easy to get past it, considering he snapped about what type of crib he’s looking for (“Need a spot in the hills, not the beach, not a pool, just to cool it / I do need the grass, not the sand, got enough rocks, see, check my hand”), which is a bar and a half and was more than enough to make sure it sat comfortably within the top five.

The lush outro to his ridiculously lurid “Blow My Load” features Syd providing her vocals alongside Austin Feinstein’s smooth chords. And as short as it might be, “Quartz” is easily one of the more gorgeously constructed songs he’s released to date.

I thought that was the case when it originally played on “Cherry Bomb” before it slowly began to fade away into the voice of Shane Powers talking about a radio station or something. Ultimately, this is easily one of the best tracks he’s put forth in 2018.

Premier Bar: “I mean, no mama, more father but my fanbase that’s from Goblin / I been saying since 13, but they blinded”

Original Song: “Wanna Be Your Man” by Prophet

This is genuinely a hell of a song and is pretty reminiscent of “Fucking Young,” “See You Again” and whichever recent standout tracks he’s been subtly crooning over. Comparing his short stint with this fling of his to the peach fuzz right below their noses, Tyler knows exactly what’s coming, (“You said keep it short, this is peach fuzz / Contact, couple months, then we out”).

Premier Bar: “I ain’t gassin’ niggas up, but that fuel is 50 grand / Passionfruit in D.R. had me drippin’ a sand”

This one is genuinely reminiscent of some old stuff! Not, like, 2011 old, but, it’s pretty damn close to some 2015 material, which is an approach that washed away quite some time ago.

He raps about how his car is exhausted sitting on Pirellis (“New whip is Pirelli tire’d like a long day”) and where he superiorly lands on a scale of one to five (“One through five, I’m a seven / I’m a god, nigga, ask your reverend”). His production knocks, and it’s always good to hear a song that wasn’t just another remix.

Premier Bar: “I don’t rock Chanel, I rock Channel / And no this ain’t a purse it’s a satchel”

This can easily contend for song of the year in any general contest if you were interested as to what I truly think of this shit right here. The one complaint I might have about this is as petty as me asking, “Why Rocky instead of Earl?” when the answer to that question couldn’t be any more obvious, which ultimately goes to show that I have absolutely nothing bad to say about this freestyle.

Both Tyler and Rocky come out spewing straight heat, showing off their collection of heavy-set medallions (“Nigga we get dollars, give em to Ben Baller / Exchange for them chains that’s all shiny with thick water”), expressing a lack of competition (“Mumblin’ and ramblin’, mumblin’ and rappin’, mumble rappin’? / I find it hard to find actual talent!”) and bragging a lil’ more (“They thought I was goofy and all mouses / Double C my luggage and fill ‘em with Comme blouses”).

All in all, this was an instant classic upon its release, showcasing the wit and flair that many, myself included, made the argument had faded into obscurity long ago.