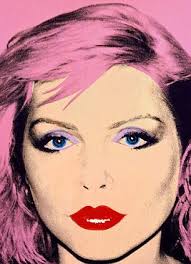 Research has suggested that modern music really isn’t as good as the old classics. A study has found that golden oldies stick in millennials’ minds far more than the relatively bland, homogenous pop of today. A golden age of popular music lasted from the 1960s to the 1990s, academics claimed. Songs from this era proved to be much more memorable than tunes released in the 21st century. Music from the vinyl era is still very popular among young people Scientists tested a group of millennials on their ability to recognize hit records from different decades.

The 643 participants, typically aged 18 to 25, maintained a steady memory of top tunes that came out between 1960 and 1999. In contrast, their memory of 21st-century songs from 2000 to 2015 – while higher overall – diminished rapidly over time. Lead researcher Dr. Pascal Wallisch, from New York University in the US, said: ‘The 1960s to 1990s was a special time in music, reflected by a steady recognition of pieces of that era-even by today’s millennials.’ During this period songs reaching the top of the US Billboard charts were significantly more varied than they were between 2000 to 2015, or the 1940s and 1950s, said the scientists. Even so, certain songs were far more memorable than others, the study found. Percy Sledge was easily identified by millennials in the study (Provider: Getty Images) Well known examples included ‘When a Man Loves a Woman’ by Percy Sledge (1966), ‘Baby Come Back’ by Player (1977) and ‘The Tide is High’ by Blondie (1980). Others, including ‘Knock Three Times’ by Dawn (1970), ‘I’m Sorry’ by John Denver (1975) and ‘Truly’ by Lionel Richie (1982) was all but forgotten. Songs selected for the study included those that reached number one on the Billboard Top 100 between 1940 and 1957 and the top spot on the Billboard ‘Hot 100’ from 1958 to 2015.

Each participant was presented with short excerpts from a random selection of seven out of 152 songs and asked to say if they recognized them. MORE: TECH One year on and this is probably what Starman’s done to Elon’s Roadster Huawei says issues raised by government could take five years to resolve Huawei used a smartphone to complete a 197-year-old unfinished symphony MORE: We’re all ‘dumb f***s’ for letting Facebook into our lives MORE: This study of the ancient ‘Great Dying’ apocalypse could help you tell if the world’s about to end MORE: ‘There… I’ve said it’: Elon Musk reveals his true political beliefs The ‘recognition proportion’ for each song was then plotted as a function of the year when it was a hit. A steep drop-off in recognition was seen for hits produced between the years 2015 and 2000, and a more gradual decline for songs of the 1950s and 1940s. However, songs from the 1960s to 1990s generated a ‘stable plateau’ of music recognition. Unexpectedly a strong correlation was seen between the likelihood of recognizing a song and its play count on Spotify. ‘Spotify was launched in 2008, well after nearly 90% of the songs we studied were released, which indicates millennials are aware of the music that, in general, preceded their lives and are nonetheless choosing to listen to it,’ said Dr. Wallisch. The research is published in the journal Public Library of Science ONE.