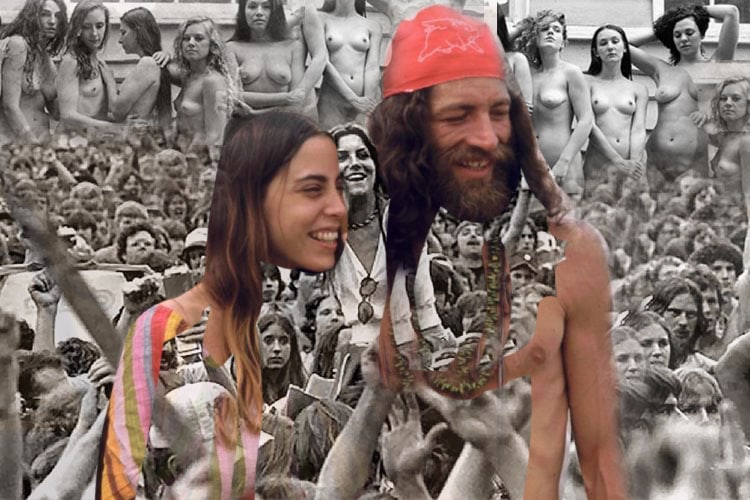 When the first Woodstock music festival was held in 1969, bringing around 400,000 people to a muddy field in Bethel, N.Y., it focused the world’s attention on pop music’s power to shape the culture.

Half a century later, in a music market already jammed with big-ticket festivals, could another Woodstock muster the same impact?

Michael Lang, one of the producers of the original event, is betting that it can. From Aug. 16 to 18 — almost exactly 50 years after the first Woodstock — he will present an official anniversary festival, Woodstock 50, in Watkins Glen, N.Y., with ambitions to not only attract a huge multigenerational audience but to rally those fans around a message of social activism.

Mr. Lang, who at 74 still has some of the cherubic look seen in the 1970 documentary “Woodstock” — though his curls are threaded with gray — said in an interview at the festival office in Woodstock that he is still booking the acts for the new show; he is hoping for a mixture of legacy bands, current pop, and rap stars and, possibly, some news-making combinations.

“We want this to be more than just coming to a concert,” Lang said. credit Lauren Lancaster for The New York Times

But his vision for Woodstock’s 50th, he said, is clear: a large-scale camping weekend combining music with a program of films, speakers and partnerships with organizations like Head count, which registers young voters.

“Coachella’s got its thing, as does Bonnaroo and Lollapalooza,” Mr. Lang said. “But I think they’re all missing an opportunity to make a difference in the world. They’re all perfect places for social engagement and for fostering ideas, and I think that’s lost.”

“We want this to be more than just coming to a concert,” he added. “And hopefully a lot of the bands will become part of this effort to get people to stand up and make themselves heard, to get and out vote. And if they don’t have a candidate that represents their feelings, to find one — or to run themselves.”

Yet activism plays a significant part in a number of festivals. Environmental sustainability is central to Bonnaroo, for example, and this year Jay-Z’s Made in America Festival, in Philadelphia, has “Cause Village,” with some 56 charitable and activist organizations represented.

Woodstock 50 will be held in the fields surrounding the Watkins Glen International racetrack, where the Summer Jam in 1973 drew an estimated 600,000 people for the Grateful Dead, the Allman Brothers and the Band; more recently, it has been the site of two festivals by Phish.

For Woodstock, three main stages will be supplemented by three smaller “neighborhoods,” as Mr. Lang described them, with their own food and programming.

Tickets? Mr. Lang and his team are still working on that. But they envision selling a maximum of around 100,000 three-day passes, with most attendees camping on site.

The logo for Woodstock 50. 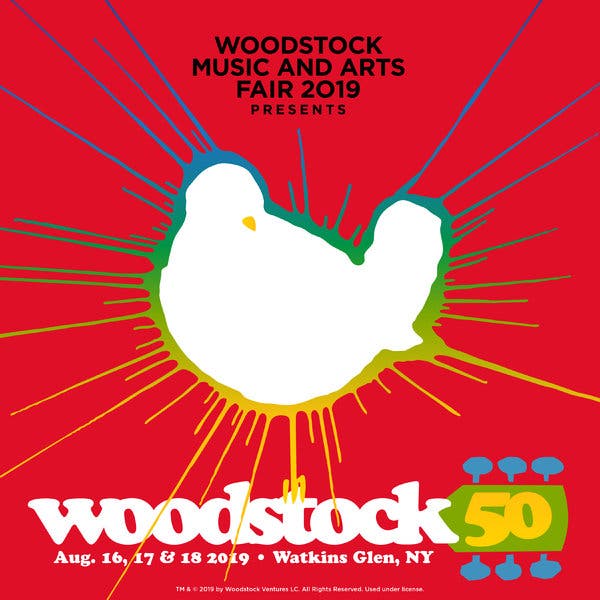 As with its other anniversary years, Woodstock’s 50th will be widely celebrated and exploited in the media, with books, albums and a PBS documentary among the projects planned. But unlike the last Woodstock anniversary concerts, in 1994 and 1999, which Mr. Lang presented along with partners, the event now faces severe competition from large-scale festivals around the country.

Coachella, Lollapalooza and Bonnaroo, the three biggest, are now highly developed brand names, with the drawing power to sell out well in advance; tickets for Coachella’s two weekends, for example, sold out in a matter of hours last week.

There is even a competing Woodstock: the Bethel Woods Music and Culture Festival, over the same anniversary weekend — which will also feature “TED-style talks” — will be held on the same grounds as the original, around 60 miles from the town of Woodstock. (The Watkins Glen site is further afield, about 30 miles west of Ithaca.)

For many concertgoers, another issue is whether the Woodstock name itself was damaged by the 1999 festival, which was marred by fires, rioting and reports of sexual assault.

“It’s not tainted,” Mr. Lang said. “’99 was more like an MTV event than a Woodstock event, really. I take some responsibility for that. It was also kind of an angry time in music.”

And then there is the corporate consolidation of the concert business, which has grown especially intense over the last few years as two companies, Live Nation and AEG, compete to book major tours. Live Nation is a partner in the Bethel Woods event.

“The industry has completely changed since 1999,” said John Scher, the veteran concert promoter who was a partner with Mr. Lang on Woodstock ’94 and ’99. “The entrepreneurial spirit of 1969 doesn’t exist anymore.”

Mr. Lang declined to discuss the budget for Woodstock 50, but festivals of its size typically spend tens of millions on talent alone.

One advantage for Woodstock 50 is that it is “official.” Mr. Lang remains a partner in Woodstock Ventures, the company that controls the trademark rights, and licenses it for various products. The one Mr. Lang has been closest to is Woodstock Cannabis.

“Cannabis has always been in our DNA,” Mr. Lang said with a smile; his first commercial venture, in 1966, was a head shop in the Coconut Grove neighborhood of Miami.

Of the other young men on the team that created Woodstock — Joel Rosenman, John Roberts and Artie Kornfeld — Rosenman is a partner in Woodstock Ventures, along with the family of Roberts, who died in 2001. Kornfeld will return as a consultant and “spiritual adviser,” Mr. Lang said.

Merchandise sales — particularly featuring the original Woodstock bird-and-guitar logo — provide one proxy for gauging the continuing appeal of the Woodstock brand. Dell Furano, the chief executive of Epic Rights, who has handled official Woodstock merchandise for 15 years, said that he is expecting over $100 million in retail sales of Woodstock licensed products in 2019 — four or five times that of non-anniversary years.

In 1969, the mud, the tie-dye and the idealism were all catalysts in creating what the original festival had promised: three days of peace and music. Mr. Lang said that the divisiveness of the current political climate called for that once again.

“It just seems like it’s a perfect time,” he said, “for a Woodstock kind of reminder.