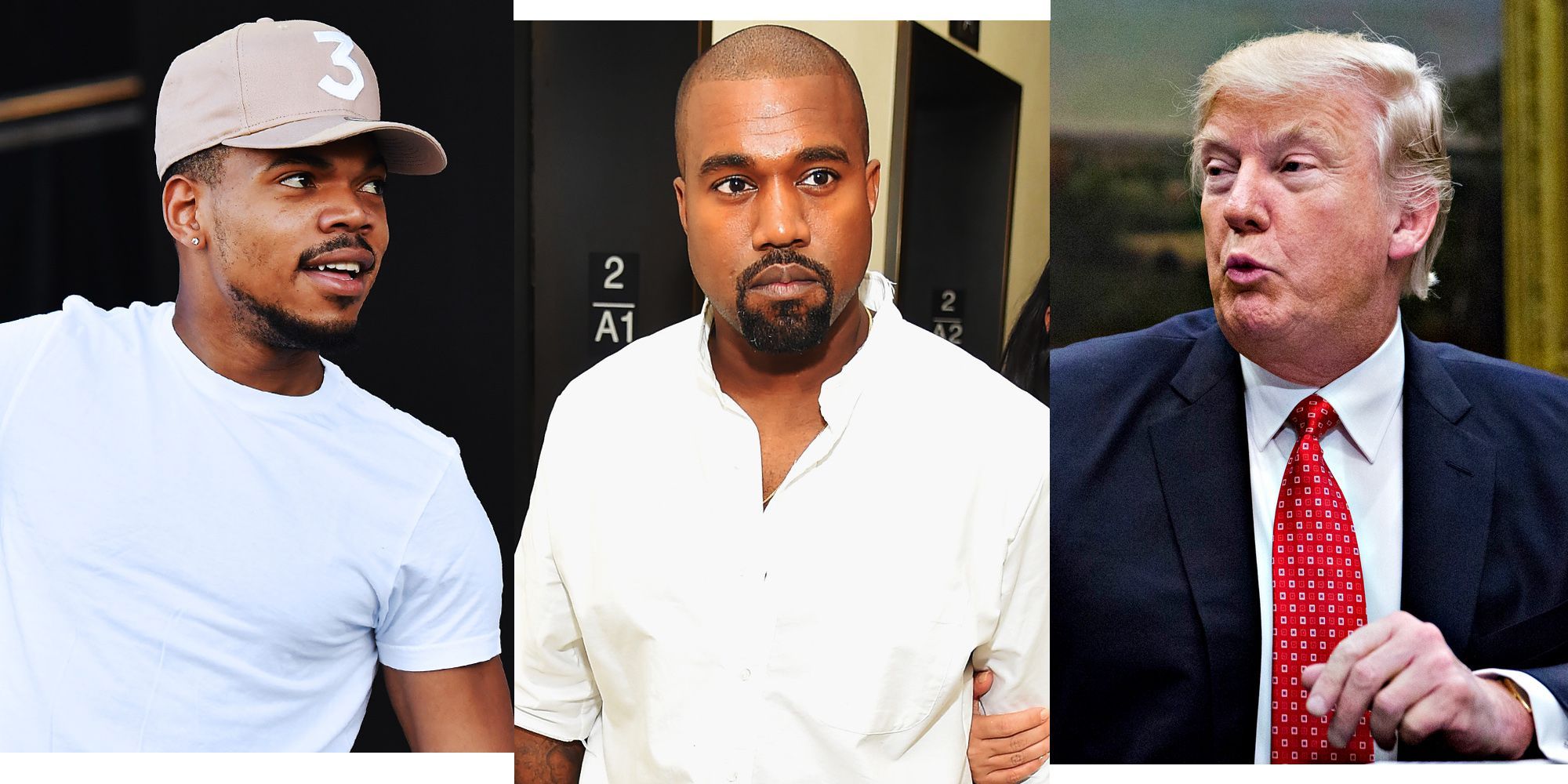 Chance the Rapper apologized for his tweets this week after Donald Trump thanked him for his support.

In the midst of Kanye West’s baffling Twitter enlightenment, Chance the Rapper chimed in to defend his friend, mentor, and fellow Chicago musician from what he thought was some undeserved criticism.

Many people this week were irresponsibly speculating about Kanye West’s mental health after he came out in support of Donald Trump in a series of tweets that involved signed MAGA hats, Candace Owens, the Dilbert guy, and ping-pong.

Chance the Rapper jumped into the chaos on Wednesday to assert that West is physically and mentally fine.

Then, he followed that up with a couple of vague political tweets. One said “black people don’t have to be democrats,” and another said “Next president gon be independent.”

Neither tweet is particularly salacious on its own, but within the context of West’s half-formed Twitter proclamations, they both could be perceived a number of ways.

And Trump, who gets most of his information from unreliable Twitter trolls, ran with it this morning to wrongly lump Chance into his small list of public black supporters.

Kanye West has performed a great service to the Black Community – Big things are happening and eyes are being opened for the first time in Decades – Legacy Stuff! Thank you also to Chance and Dr. Darrell Scott, they really get it (lowest Black & Hispanic unemployment in history).

Quickly after Trump’s tweet, Chance took the opportunity to promptly clarify his political opinions and confirm that he does not support the president.

In a lengthy note, Chance wrote that “I didn’t speak up because I agree with what Kanye had to say or because I fuck with Trump … I’d never support anyone who has made a career out of hatred, racism and discrimination.”