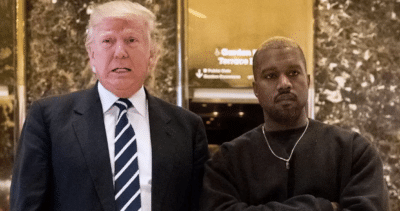 What is even happening here anymore?

Kanye West has made it abundantly clear that he knows nothing about politics. In 2009, he told Reuters, “I am a proud non-reader of books. I like to get information from doing stuff like actually talking to people and living real life.”

Kanye has been living the shit out of real life as of late, introducing “new ideas” and “free thoughts” at a bewildering pace. He’s praised right-wing figures, gotten a Twitter shoutout from Donald Trump, and become a kind of conservative icon. The low point probably came in a bizarre appearance on TMZ Live on Tuesday where Kanye said, “When you hear about slavery for 400 years. For 400 years? That sounds like a choice.” Luckily, he was set straight by TMZ’s Van Lathan, who told him , ”Frankly, I’m disappointed, I’m appalled and, brother, I am unbelievably hurt by the fact that you have morphed into something, to me, that’s not real.”

Kanye’s recent antics, in one sense, can be boiled down to typical Kanye antics. But his comments have understandably riled up a lot of people. The New Republic’s Jeet Heer wrote on Twitter, “This is hurtful… It’s handing racists a weapon they can & will use against other Blacks, who aren’t insulated by wealth & status the way Kanye is. Is it time to give up on Kanye?”

It is absolutely time to give up on Kanye—as a political commentator. In fact, it’s about time we stopped placing inherent value in the political opinions of famous people who know jack shit about fuck-all.

Celebrities have always wielded political clout—just ask Ronald Reagan or Arnold Schwarzenegger. Politics makes sense as a second career move for movie stars and their ilk. It allows them to have a second, slightly more dignified second act, and running for office utilizes a set of skills most celebs have, like smiling in front of cameras and not accidentally saying anything racist.

And a celeb’s fame shouldn’t disqualify them from running for office. Cynthia Nixon is running for governor of New York on a solidly progressive platform, calling for marijuana legalization and ending corruption in Albany. If you agree with her politics, it would foolish to discount her because of her stardom; at the same time, it’d be a mistake to vote for her solely due to your affinity for Sex and the City.