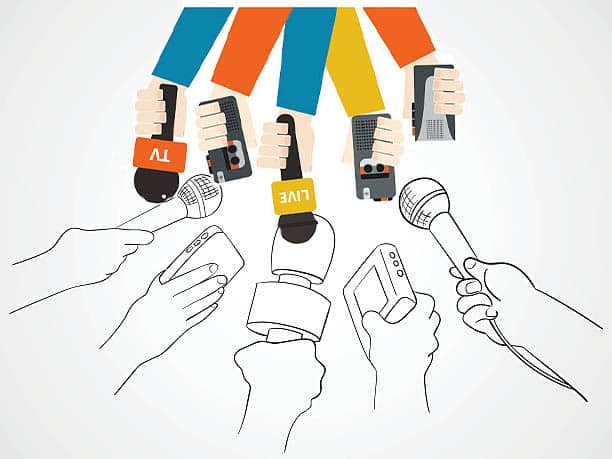 This year was a terrible time to be a journalist.

Attacked on the campaign trail, slammed on social media, chastised from the Oval Office: The press has been subject to near-constant efforts to label the fourth estate as an enemy of the people. And while faith in the media is growing, a majority of Americans still have a bone-deep distrust of the press.

Take a look at some of the struggles journalists faced on a daily basis throughout the U.S., where a free press is a constitutional right, and across the globe, where those freedoms are hard to even imagine.

Jamal Khashoggi, a Saudi journalist, and columnist for The Washington Post, was murdered shortly after he entered the Saudi Arabian consulate in Istanbul in October. His death has been linked to the country’s crown prince, Mohammed bin Salman, who the CIA says directly ordered the killing.

A bipartisan group of senators briefed on Khashoggi’s disappearance earlier this month by CIA Director Gina Haspel said they believed the crown prince was complicit “to the highest possible level.” But President Donald Trump has maintained his steadfast support for the crown prince throughout the ordeal, saying last month that America’s “relationship is with the Kingdom of Saudi Arabia.”

The Senate issued a sharp rebuke to the president earlier in December, unanimously passing a measure to hold the crown prince responsible for the killing.

A man opened fire on the Capital Gazette newsroom

A man with a long-standing vendetta against the Annapolis, Maryland, Capital Gazette charged into the outlet’s newsroom in June and opened fire. He is accused of killing five people in one of the deadliest attacks involving journalists in decades.

The suspect, 38-year-old Jarrod Ramos, had sued the newspaper in 2013 for alleged defamation, a case he eventually lost. But he continued to attack the outlet on social media to the point that an editor working there at the time told HuffPost the company kept a picture of the man behind the front desk.

Ramos has been indicted on 23 counts of murder, attempted murder, assault, and weapons offenses.

A man mailed pipe bombs to the CNN offices

Police arrested a suspect accused of mailing more than a dozen likely pipe bombs to prominent Democrats around the country, as well as CNN’s offices in New York City. The package sent to the news giant was addressed to James Clapper, the former director of national intelligence, who works as an analyst for the network.

The man, 56-year-old Cesar Sayoc, lived in South Florida and was an ardent supporter of Trump. He was apparently living in a van plastered with pro-Trump stickers, one of which read “CNN Sucks.”

During dozens of campaign rallies ahead of November’s midterm elections, the president spent large portions of the events lambasting the press to raucous cheers from rallygoers.

On social media, he called journalists the “enemy of the people” the same day a suspected bomb was mailed to CNN, has branded news outlets “fake news,” gone to bat with the press corps for asking “stupid questions” and called reporters “flunkies,” “dummies” and “clowns.”

Many in the Trump orbit have taken up those attacks as part of their own rhetoric, including White House press secretary Sarah Huckabee Sanders, who regularly spars with reporters during increasingly rare press briefings.

The Trump administration banned CNN reporter Jim Acosta from the White House last month after a heated exchange with the president. Sanders falsely accused the reporter of placing his hands on an intern who had attempted to take a microphone from Acosta and later shared a doctored video allegedly taken from right-wing conspiracy site Infowars to justify the ban.

CNN sued to reinstate Acosta’s credentials, and the White House gave in and restored them after a vehement outcry. Officials issued a stern warning, however, saying that “failure to abide” by rules surrounding questioning could result in future suspensions or revocations.

Journalists have been imprisoned around the world

Reporters around the globe have been thrown in jail for their work in increasing numbers, according to the Committee to Protect Journalists. The organization found at least 251 journalists had been imprisoned in 2018, building on numbers from the previous two years.

In many countries, authoritarian governments have cracked down on the press in an attempt to stifle dissent, including China, where 47 reporters are currently behind bars, and Myanmar, where two Reuters journalists were each sentenced to seven years in prison.

Governments fiercely critical of the media have only increased their attacks on the press in places like Turkey, Egypt, Vietnam, and Eritrea, according to CPJ.

More journalists were murdered than were killed covering  war

Deaths among journalists targeted as reprisal for their work have risen to their highest levels in three years, according to CPJ.

Reporters Without Borders noted in its annual report that 80 members of the press have been killed in 2018, at least 60 are currently being held hostage, and nearly 350 are being detained in some way.

“Violence against journalists has reached unprecedented levels this year, and the situation is now critical,” Christophe Deloire, the secretary-general of the group, said in a statement in early December. “The hatred of journalists that is voiced, and sometimes very openly proclaimed, by unscrupulous politicians, religious leaders and businessmen have tragic consequences on the ground, and has been reflected in this disturbing increase in violations against journalists.”