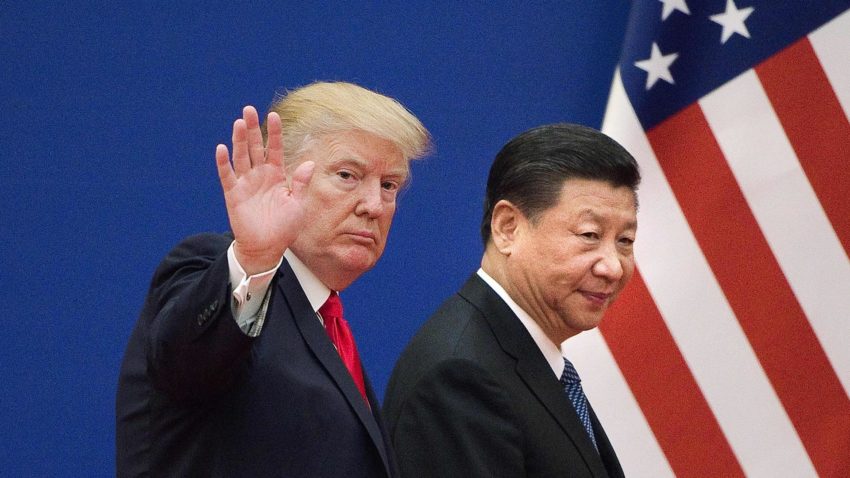 “Over the course of the last week or so, we’ve seen an erosion in commitments by China, I would say retreating from commitments that have already been made, in our judgment,” said U.S. Trade Representative Robert Lighthizer, declaring tariffs on $200 billion in Chinese imports would rise to 25% starting Friday.

The comments from Mr. Lighthizer, who was joined by Treasury Secretary Steven Mnuchin, followed tweets from President Trump on Sunday that accused China of trying to “renegotiate” and threatened to expand tariffs to cover nearly everything the U.S. imports from China. 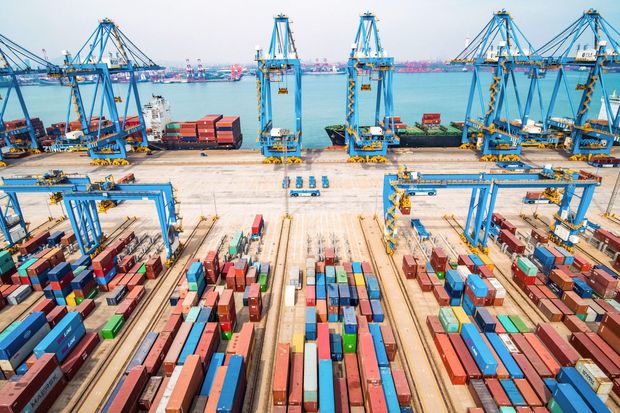 Mr. Trump’s threat rattled financial markets around the world, but also triggered speculation that it might be a negotiating tactic aimed at getting the best deal out of Beijing.

While U.S. stocks recoiled sharply Monday morning, they staged a comeback in the afternoon, with the Dow Jones Industrial Average ending the day down 0.3% at close. Mainland China stock exchanges in Shanghai and Shenzhen posted their biggest single-day declines since 2016.

The briefing from Messrs. Lighthizer and Mnuchin, which took place after U.S. markets closed on Monday, made it clear there are deep concerns about the direction of the talks that go beyond negotiating style.

In a show of unity by an administration often divided between trade-friendly officials and China hawks, the two officials were joined at Monday’s briefing by economic adviser Larry Kudlow and trade-and-manufacturing adviser Peter Navarro.

“The level of brinkmanship on both sides and their obvious mutual distrust has made the path to even a temporary cease-fire a lot murkier than just a few days ago,” said Eswar Prasad, professor of trade policy at Cornell University. “It is likely a cooling-off period will be needed to get the talks back on track, but the imposition of additional tariffs by the U.S. later this week could keep the talks derailed for a while to come.”

Despite his negative comments, Mr. Lighthizer said high-level talks with Chinese negotiators were expected to continue Thursday and Friday in Washington. The talks were originally scheduled to resume Wednesday, but Mr. Trump’s threat of new tariffs Sunday caused a delay as Beijing weighed canceling the talks.

Mr. Mnuchin said some concerns arose last week when he and Mr. Lighthizer were in China for talks. “There were some signs of that when we were in Beijing,” Mr. Mnuchin said. “We were reassured that things were moving forward.”

Then over the weekend, he said, communications from Chinese officials indicated the talks were going “substantially backward” from the U.S. perspective.

“We are not willing to go back on documents that have been negotiated,” Mr. Mnuchin said.

The two officials declined to specify areas where they think the Chinese side as backtracking. “There was concern about the form of the agreement and a redrafting of it” that would pull back from important commitments, Mr. Lighthizer said.

A spokesman for the Chinese Embassy in Washington didn’t immediately respond to a request for comment on the talks Monday.

People in Washington following the talks believe China became less willing to make concessions after the recent Beijing conference on China’s Belt and Road infrastructure initiative, which was attended by about 40 heads of state and government.

The conference gave a boost to those in the government and ruling Communist Party who contend that Beijing was conceding too much to the U.S., given how much global growth depends on China. 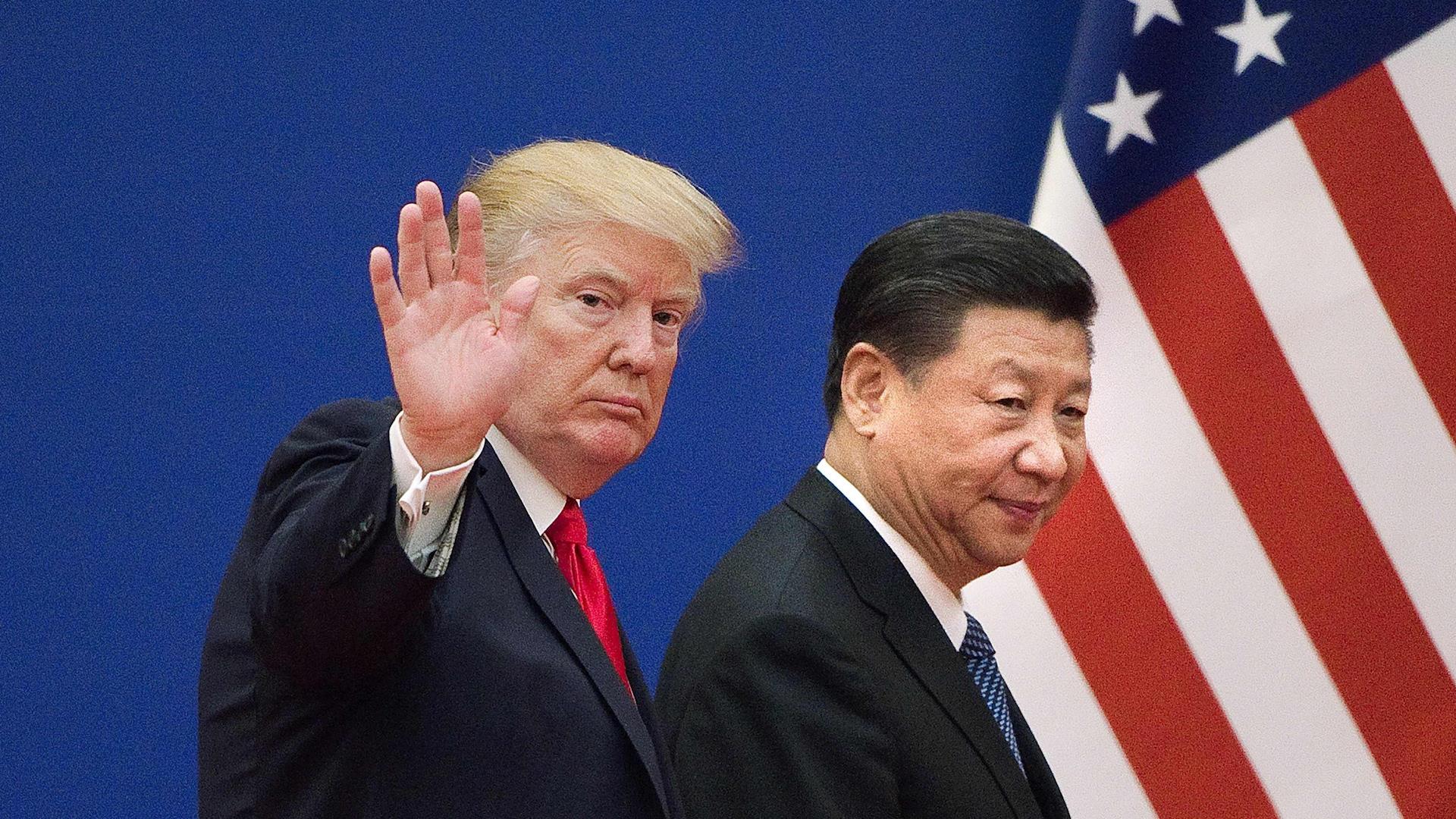 The U.S.-China Trade Talk Timeline
President Donald Trump and Chinese President Xi Jinping may be inching closer to signing a trade agreement, but a few obstacles remain. WSJ takes a look back at how the world’s two largest economies got to this point. Photo: Getty (published April 4)

According to White House officials, the dispute revolves in part around how a final deal would be presented to the public. The U.S. wants to publish full details of the pact, while China just wants to release a summary of the terms, one of the officials said.

According to another person following the talks, the full trade agreement as now envisioned would require China to change its laws to implement it, something Beijing is reluctant to do.

Along with the transparency and legal force of the deal, another sore spot continues to be China’s goal of seeing tariffs U.S. lifted, according to one of the White House officials.

“There is a real desire on our end to keep the tariffs on,” this person said. “That is a sticking point.”

Mr. Trump sees his administration as negotiating from a position of strength, founded on a rock-solid U.S. economy. Gross domestic product in the first quarter rebounded from the end of 2018, with growth clocking in at a seasonally adjusted annualized rate of 3.2%, up from 2.2% the prior quarter.

The jobs report for April, released on Friday, showed the U.S. economy adding a robust 263,000 jobs in April and the unemployment rate falling to 3.6%, the lowest in nearly 50 years.

Those results have even some of Mr. Trump’s staunchest critics, including Senate Democratic leader Chuck Schumer of New York, supporting the president’s hard line on China.

So far, the tariffs have hardly put a dent in the U.S. economy. But imposing tariffs of 25% on nearly all Chinese imports—as threatened by Mr. Trump—could reduce U.S. growth by 0.3 percentage point, enough to slow U.S. growth to below 2% by the end of 2019, according to Gregory Daco, chief U.S. economist of Oxford Economics, a global research firm.

What’s the best way for the Trump administration to achieve its goals for trade and economic conditions in China? Join the conversation below.

Some sectors are already feeling the pinch. The trade tensions have fallen especially hard on the farm economy, with China putting high tariffs on agriculture products and halting purchases of key U.S. exports such as soybeans.

Farm income in the first quarter dropped by the most in nearly three years and has been hovering near levels not seen since the recession a decade ago.

Manufacturing in the U.S., which is largely oriented toward exporting, has been weak in recent months too, with nearly no job growth in the past two months. Trade between the U.S. and China has fallen by $25 billion from February 2018 to February of this year, with U.S. exports down by 21% and U.S. imports down 12% over that period.

Tariffs are paid to the U.S. government by importers, with the costs largely passed along to businesses and consumers through higher prices.

U.S. business leaders had expressed hopes that a broad delegation from China expected this week in Washington could help officials reach a deal that could be formalized and signed in coming weeks.

“We were in the process of planning for a summit with President Trump and President Xi at the conclusion of this agreement,” Mr. Mnuchin said Monday, adding that such an event would be a “very good thing” and that it would be unfortunate if the U.S. and China couldn’t reach an agreement.

Now the business community worries the latest fight risks cancellations of further talks with top Chinese officials or a delay that would prevent the countries from rolling back tariffs they imposed last year during the heat of the trade conflict.

The U.S. has worked to achieve concessions from China on the level of support for state-owned enterprises, alleged cyber theft from U.S. companies, increasing protection of intellectual property, rules to deter currency manipulation and the reduction of tariffs and nontariff barriers, among other areas. Any deal would likely result in Chinese pledges to purchase U.S. farm products and other goods, all in exchange for dropping tariffs.

In recent weeks officials and people following the talks have cited progress or completed understandings in most if not all areas of the talks. Attention has focused on the planned reduction or elimination of tariffs, the legal form of the final deal and an enforcement mechanism that the Trump administration hopes would ensure China follows through on its commitments.

White House officials described Mr. Trump’s weekend posts on Twitter in part as a reflection of his negotiating style. Mr. Trump, who regularly used lawsuits as leverage when he was a businessman, prefers to negotiate under a shadow of increased tariffs.

“I don’t think the likelihood of getting a deal done has changed,” one of the White House officials said.

—Bob Davis contributed to this article.