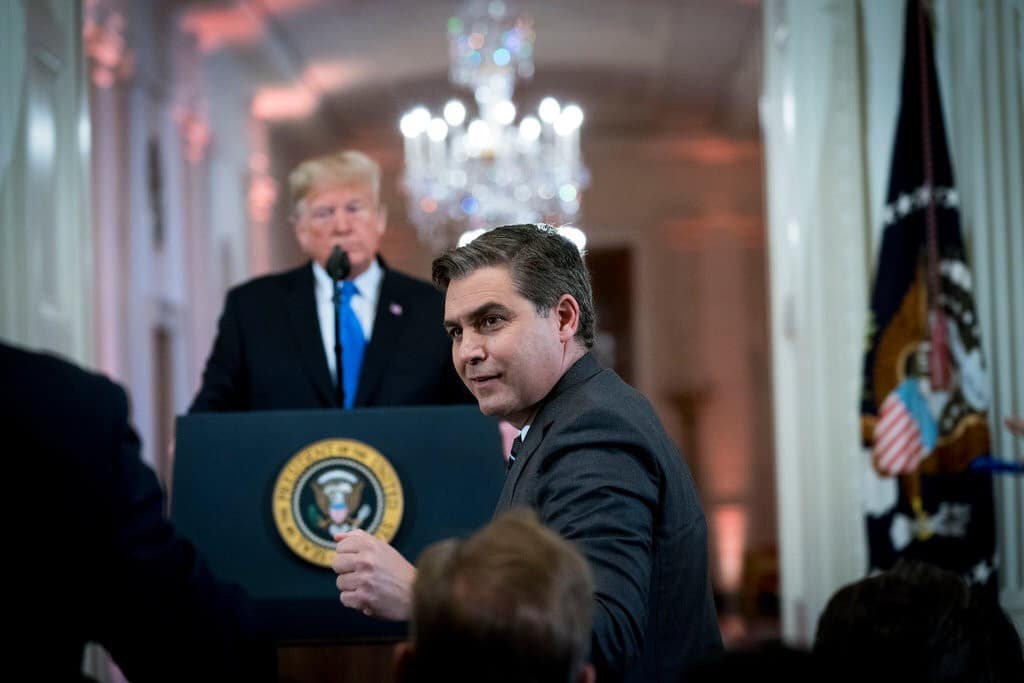 A federal judge on Friday directed the White House to restore the press credentials of Jim Acosta of CNN, a win for media advocates and news organizations in a major legal test of press rights under President Trump.

The judge, Timothy J. Kelly of Federal District Court in Washington, ruled that the Trump administration had most likely violated Mr. Acosta’s due process rights when it revoked his press badge after a testy exchange with the president at a news conference last week.

The ruling was a significant but narrow victory for CNN. Judge Kelly, who was appointed by Mr. Trump, declined to weigh in on the First Amendment issues cited by the network, and the White House has the right to appeal. For now, Mr. Acosta can resume working on the White House grounds.

“I want to emphasize the very limited nature of this ruling,” the judge said from the bench. “I have not determined that the First Amendment was violated here.

Judge Kelly’s decision came in response to CNN’s request for an emergency order restoring Mr. Acosta’s credentials. The lawsuit, which the network filed this week, remains active. Other legal issues raised in the case were expected to be addressed in later court sessions.

The White House press secretary, Sarah Huckabee Sanders, said in a statement after the ruling that the administration would temporarily reinstate Mr. Acosta’s pass and would “develop rules and processes to ensure fair and orderly press conferences in the future.”

“There must be decorum at the White House,” she wrote.

Ms. Sanders claimed in her statement that “the court made clear that there is no absolute First Amendment right to access the White House.” But Judge Kelly did not rule on the First Amendment issues raised by the case because he granted the temporary return of Mr. Acosta’s pass on due process grounds.

Mr. Acosta, CNN’s chief White House correspondent, rose to prominence in large part because of his public jousts with Mr. Trump. The conflict between the reporter and the White House had grown into a legal showdown over journalists’ ability to cover a president who regularly denigrates their work as “fake news.”