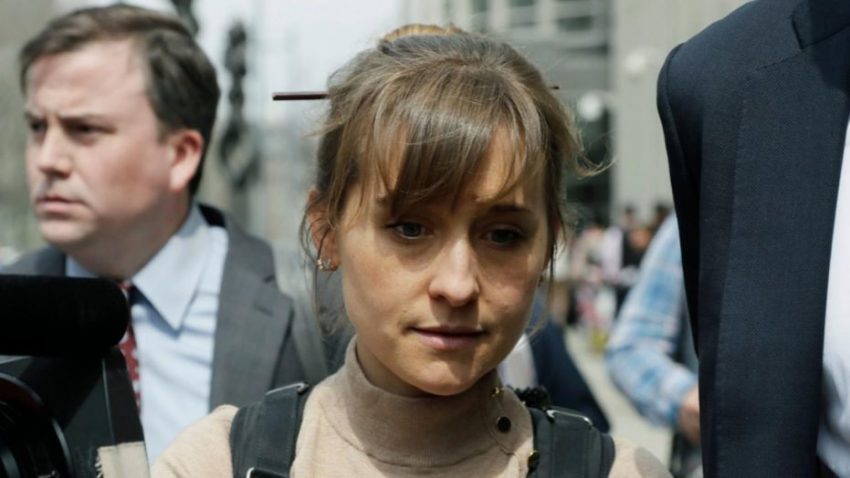 US actress Allison Mack has pleaded guilty to charges linked to an alleged sex trafficking operation disguised as a mentoring group.

In a statement, Mack admitted to recruiting women by telling them they were joining a female mentorship group.

“I must take full responsibility for my conduct”, she said.

Mack, known for the US television series Smallville, is one of six people facing criminal charges as part of an investigation into Nxivm.

Nxivm, pronounced ‘nexium’, is a group that started in 1998 as a self-help programme and says it has worked with more than 16,000 people including the son of a former Mexican president and Hollywood actresses such as Mack.

On its website Nxivm describes itself as a “community guided by humanitarian principles that seek to empower people and answer important questions about what it means to be human”.

Despite its tagline of “working to build a better world”, its leader Keith Raniere stands accused of overseeing a “slave and master” system within the group.

Keith Raniere, the leader of Nxivm, allegedly oversaw a “slave and master” system

According to the group’s website, it has suspended enrolment and events because of the “extraordinary circumstances facing the company at this time”.

Prosecutors allege the group mirrors a pyramid scheme, in which members paid thousands of dollars for courses to rise within its ranks.

How was Allison Mack involved?

Mr Raniere is alleged to be at the top of this structure as the only man, but Mack served as one of his top female deputies.

Female recruits were allegedly branded with Mr Raniere’s initials and expected to have sex with him, as part of the system.

“Allison Mack recruited women to join what was purported to be a female mentorship group that was, in fact, created and led by Keith Raniere,” Richard Donoghue, US attorney for the Eastern District in New York, said in a statement last year.

In court on Monday, Mack said she was instructed by Mr Raniere to collect compromising materials and images of two women within the group, threatening to make the photos public if they revealed information about the secret society.

“I believed Keith Raniere’s intentions were to help people”, Mack said in court on 8 April. “I was wrong.”

Mr Raniere was arrested in Mexico last year. His defence team argued that the alleged sexual relationships were consensual.

She is now scheduled to be sentenced in September and will face a maximum sentence of 20 years in prison for each of the two charges.

Last month the co-founder of the group, Nancy Salzman, 65, also pleaded guilty to charges of racketeering. She is due to be sentenced in July.