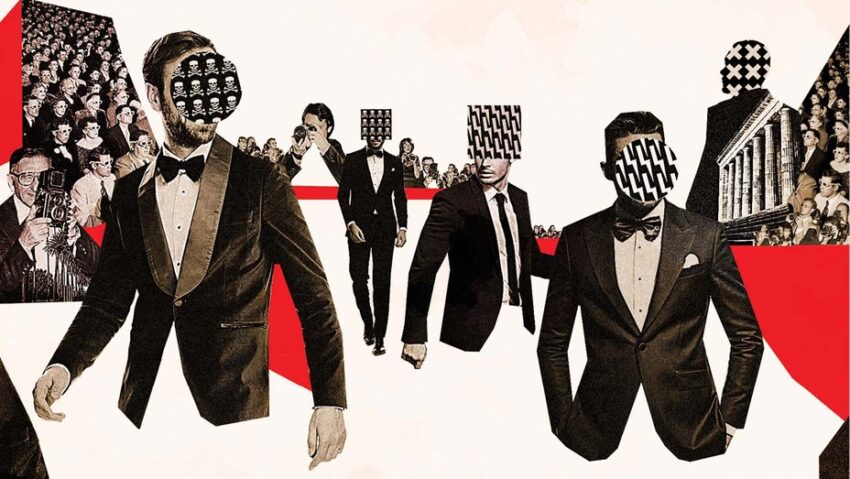 As publicly reported Hollywood misconduct cases grow in frequency, there remains a lack of consistency with regard to how the industry responds.

On Feb. 4, a group of WME staffers convened in a conference online to discuss the escalating Armie Hammer situation. For the past three years, the agency’s client advisory committee has been tasked with determining the fate those who are accused of misconduct. The group — evenly split along gender lines — has made difficult calls in the past, voting to drop high earners like X-Men director Bryan Singer and Arrow creator Andrew Kreisberg following claims of sexual misconduct and harassment.

Hammer was facing a tsunami of critical and embarrassing press after an Instagram account dubbed House of Effie posted a series of direct messages and videos purported to be from Hammer that detailed cannibalistic and rape fantasies as well as drug use. Hammer already had been asked to step off of two projects in January in the wake of the claims: Lionsgate’s Jennifer Lopez romantic comedy Shotgun Wedding and the Paramount+ series The Offer, about the making of The Godfather. (The actor’s public retort to the allegations after being dropped from Shotgun Wedding was, “I’m not responding to these bullshit claims.”) The WME committee moved swiftly and made the recommendation to sever ties with the Call Me by Your Name actor on Feb. 5.

Three-plus years into Hollywood’s #MeToo era, which ushered in a closer examination of all types of bad behavior — from racial insensitivity to rape allegations — the number of misconduct cases reported has grown in frequency. Still, there remains a frustrating lack of consistency with regard to how the industry responds.

On Feb. 2, CAA dropped Marilyn Manson as a client after actress Evan Rachel Wood claimed that the rocker-actor had abused her during their relationship, a move that came one day after his record label, Loma Vista Recordings, said it would no longer promote his current album or work with him “on any future projects.” (He subsequently was cut by Starz’s American Gods and the Shudder series Creepshow.) Manson faced additional accusers in the wake of Wood’s claims and has denied the allegations, stating, “these recent claims about me are horrible distortions of reality.”

Meanwhile, CAA opted to keep representing Shia LaBeouf after his former girlfriend and Honey Boy co-star, singer FKA Twigs, filed an explosive suit on Dec. 11 against LaBeouf, alleging sexual battery, assault and infliction of emotional distress. After being asked about the actor’s status with the agency for this story on Tuesday, CAA put him on hiatus.

Twigs’ suit also chronicles a history of alleged abuse that LaBeouf perpetrated against stylist Karolyn Pho as well as actress Mia Goth. The filing also points to a video of a verbal altercation between LaBeouf and Goth in which the actor says, “If I’d have stayed there, I would have killed her.” Sources tell THR that Goth had been originally cast in Honey Boy but was removed from the film.

LaBeouf replied to the suit in a Dec. 11 statement to The New York Times that read, in part: “I have no excuses for my alcoholism or aggression, only rationalizations. I have been abusive to myself and everyone around me for years.”

“The unfortunate truth is that there is no criteria for how companies, studios, labels or agencies mete out consequences to alleged abusers,” says attorney Bryan Freedman, who represents Twigs. “Worse, it often appears to depend less on veracity or severity of the claims, but rather on other factors such as race, gender and ultimately, money. When that happens, everyone loses.”

LaBeouf has yet to see many professional repercussions following the suit, which painted a picture of an actor who is a workplace menace. Right before Christmas, Netflix quietly took him off of its consideration page for the drama Pieces of a Woman, which is garnering awards buzz for co-star Vanessa Kirby.

Tanya Selvaratnam, an Emmy-nominated producer whose claims of abuse against Eric Schneiderman led him to step down as New York State attorney general, is struck by the LaBeouf case and accused Honey Boy director Alma Har’el of having dismissed actresses’ complaints of abuse by her star.

“Behind most perpetrators there is an enabler, and sadly many of those enablers are women,” says Selvaratnam. “What’s especially disturbing is that they not only enable the abuse but they also attempt either to discredit or to silence the victim.” Har’el did not reply for comment but told Variety in December that LaBeouf’s struggles shouldn’t “excuse, minimize, or rationalize domestic violence.”

Despite instances of inaction, some Hollywood entities are taking a more proactive stance when it comes to allegations, even as the accused issue strong denials. On Feb. 5, VH1 halted production of its reality show T.I. & Tiny: Friends & Family Hustle in light of claims that titular rapper-actor Tip “T.I.” Harris and his wife, Tameka “Tiny” Harris, trafficked, drugged and coerced women into sex. The couple denied the claims.

In recent years, the industry has become more willing to drop stars when it comes to racist and racially insensitive language. Yet standards vary. When TMZ released a video of singer Morgan Wallen using the N-word toward friends, he was cut by WME, his music removed from iHeartRadio and his label, Big Loud Records, said it would “suspend” his contract. But when TMZ surfaced a video of a 15-year-old Justin Bieber saying the N-word as a punchline of a racist joke in 2014, the pop star remained in CAA’s stable, perhaps since he was a minor when the video was made.

Elsewhere, Megyn Kelly parted ways with CAA and was cut loose by NBC News in 2018 after suggesting that blackface had been acceptable when she was a child at Halloween, but NBC hired Julianne Hough as a co-host of America’s Got Talent in 2019 despite the fact that she was publicly castigated for dressing in blackface in 2013. (Like Kelly, Hough apologized for the incident shortly thereafter.)

As for Hammer, it remains to be seen if studios will welcome him back. Ironically, he once blasted Hollywood for having a double standard when it came to the industry treating director Nate Parker more harshly than Casey Affleck during the 2017 awards season. In turn, Hammer was criticized for equating the Parker rape allegation with the Affleck sexual harassment claim. (He later apologized to Affleck, saying, “I conflated sexual harassment cases with a criminal case involving sexual assault charges.” Parker was acquitted in the rape case, which stemmed from a 1999 incident at Penn State.)

Hammer has just one studio movie on the horizon, Disney’s Death on the Nile, as part of the ensemble cast in the sequel to 2017’s Murder on the Orient Express, which grossed $350 million. Sources say the studio is monitoring the situation to decide how to proceed with the film that wrapped in 2019.

Hammer also stars opposite Gary Oldman in Nicholas Jarecki’s opioid drama Crisis, which opens Feb. 26. Jarecki tells THR that Hammer is not doing any press for the film from Quiver Distribution. “He is not putting himself forward, so what can you do?” he asks. “You have to continue on without him and focus on the aspects of the film that you have.”

Mia Galuppo contributed to this report.