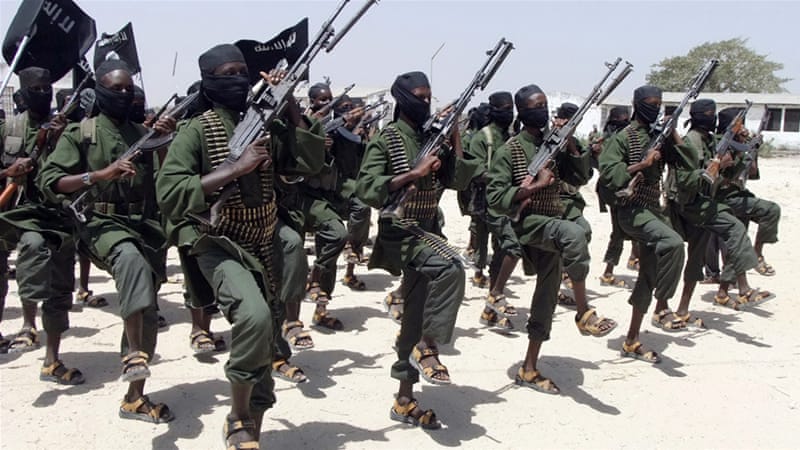 Four air strikes on Saturday killed 32 militants and a further two on Sunday killed 28, it said in a statement.

These were the deadliest air attacks in Somalia since November 2017 when the US said it had killed 100 militants.

Somalia has seen a sharp increase in the number of air strikes and casualties since President Donald Trump took office in the US in January 2017.

A tally by the Bureau of Investigative Journalism reveals that at least 400 people have been killed in air strikes since the beginning of 2017, far more than the previous 10 years combined.

The latest strikes bring to at least 40 the number carried out in Somalia so far this year, compared with 35 recorded in 2017.

The US has a huge military base in neighboring Djibouti, from where it launches attacks on the militants.

Mr. Trump gave the US military greater authority in March 2017 to attack militants in Somalia.

Traditionally, US presidents have been wary of intervening in Somalia since 18 special forces soldiers died fighting militias in the capital Mogadishu in 1993, a battle dramatized in the film Black Hawk Down.

No civilians were killed in the latest air strikes, which were carried out in coordination with the Somali government, the US military said.

“Alongside our Somali and international partners, we are committed to preventing al-Shabab from taking advantage of safe havens from which they can build capacity and attack the people of Somalia,” the US Africa Command said.

Al-Shabab, which is linked to al-Qaeda, has not yet commented on the latest strikes.

Somalia-based security think tank the Hiralal Institute said in a report published in November that al-Shabab had been forced to change tactics following the upsurge in air strikes.

The institute said the group was now conducting fewer mass attacks on military bases, but attacks on government offices and businesses which refused to pay its taxes had increased markedly.

The US state department, in its most recent report on terrorism, described Somalia as a “terrorist safe haven” and said al-Shabab remained a threat, despite suffering setbacks.

The group retained control over large parts of the country, and the ability to carry out high-profile attacks using suicide bombers, explosive devices, mortars, and small arms, the report added.