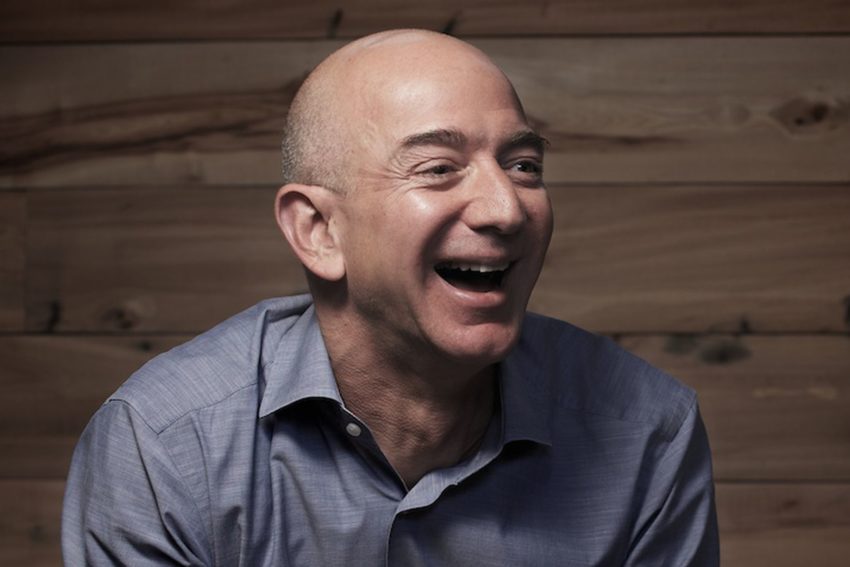 But this year, while the company says it has paid “billions” in taxes for the year 2019, in reality it only paid $162 million in federal income tax — an effective tax rate of 1.2% on over $13 billion in profits.

“We follow all applicable federal and state tax laws, and our U.S. taxes are a reflection of our continued investments, compensation of our employees, and the current tax rules,” Amazon wrote in a blog post on Jan. 31.

Deferred taxes can be used by companies to reduce their taxable income, by “postponing” payment based on accounting practices. And so while the company’s balance sheet reports just over $1 billion in federal income taxes, the number paid last year amounts to less than $200 million.

Amazon’s deferred tax amount has steadily increased throughout the years, rising from $565 million in 2018, the first year of President Trump’s new tax law, the Tax Cuts and Jobs Act, took effect. The TCJA lowered the corporate tax rate from 35% to 21%.

The tax law was largely criticized as a tax break for the rich, but proponents argued it would broaden the corporate tax base by ending special interest breaks and closing loopholes.

If Amazon paid the 21% as mandated by the TCJA, the $162 million the tech behemoth paid would skyrocket to $2.8 billion.

According to Amazon, its summary of U.S. taxes include over $1 billion in “federal income tax expense,” “more than $2.4 billion in other federal taxes, including payroll taxes and customs duties,” and “more than $1.6 billion in state and local taxes, including payroll taxes, property taxes, state income taxes, and gross receipts taxes.” The company also notes it collected and sent close to “$9 billion in sales and use taxes to states and localities throughout the U.S.”

Added together that would mean billions in taxes paid by the tech giant to the U.S. government. The problem? With the exception of the federal income tax, the listed amounts aren’t actually taxes that the company pays.

‘Patting themselves on the back’

Matthew Gardner, senior fellow for the Institute on Taxation and Economic Policy (ITEP), who analyzes corporations and their tax avoidance, says there’s “no meaningful” connection between Amazon and many of the taxes it listed in its announcement.

“Congratulating an employer for collecting the payroll tax is like congratulating yourself for breathing,” ITEP continued.

“Amazon for a long time has fought tooth and nail against collecting sales tax,” Gardner said. “That was its comparative advantage to the smaller companies they drove out of business. That they’re patting themselves on the back for the first time finally in decades is really a cosmic joke.”

“Amazon’s leadership should be far more ashamed of their prior behavior on the sales tax front than they should be proud of their current behavior,” he continued.

But how has Amazon been able to do this? In its 10-K the mega-retailer notes, “tax benefits relating to excess stock-based compensation deductions and accelerated depreciation deductions are reducing our U.S. taxable income.”

Gardner said it’s possible the company was “sensitive” to criticism about its tax avoidance, and chose this year to ensure it paid greater than 0% of taxes. Or, he noted, Amazon could be “running out of” its “stockpile of deferred tax assets.”

According to Amazon, “as of December 31, 2019, we had approximately $1.7 billion of federal tax credits potentially available to offset future tax liabilities. Our federal tax credits are primarily related to the U.S. federal research and development credit.”

Amazon does go on to state that “as we utilize our federal tax credits we expect cash paid for taxes to increase.”

But while this might seem unfair, especially to Americans who have been previously slammed with “surprise” tax bills, it isn’t illegal.

Though Amazon isn’t breaking the law, Gardner said the amount of tax paid by a company is an indicator whether it’s a “good corporate citizen.”

“The federal income tax is the one tax we apply as a nation designed to be targeted to companies that are doing profitable,” he said. “It’s the best measure of whether a company is really complying with the law.”

What’s more, Amazon isn’t alone. Many big companies make use of tax breaks and loopholes to lower, or even eliminate, their tax liability.

According to ITEP, 60 Fortune 500 companies avoided paying all federal income tax in 2018 (with their total average effective tax rate being roughly -5%).

That’s more than three times the number of companies that avoided paying corporate taxes on average from 2008 to 2015. During that period, 18 companies managed to pay 0% or less (with their total average effective tax rate over 8 years being roughly -4%).

6 Democratic candidates pulled in $400 million from donors in 2019

Republicans raise record numbers in December ahead of election year