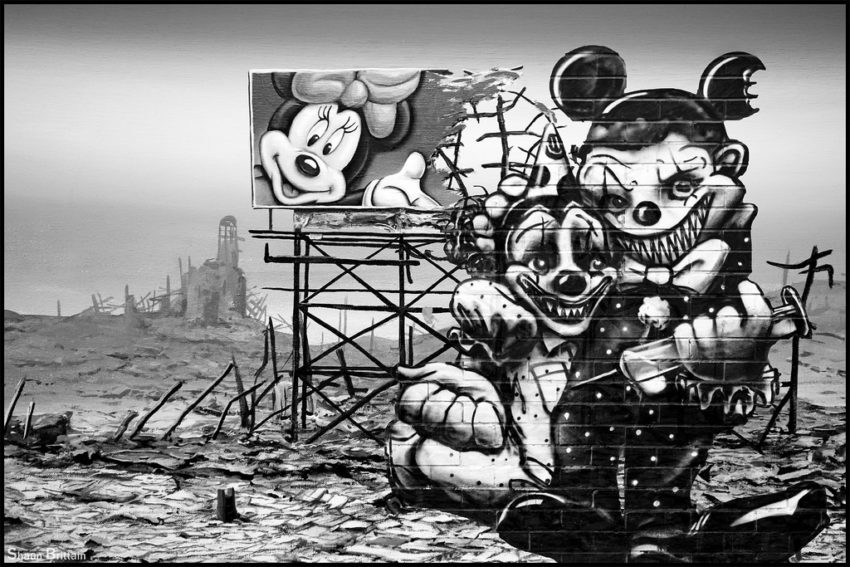 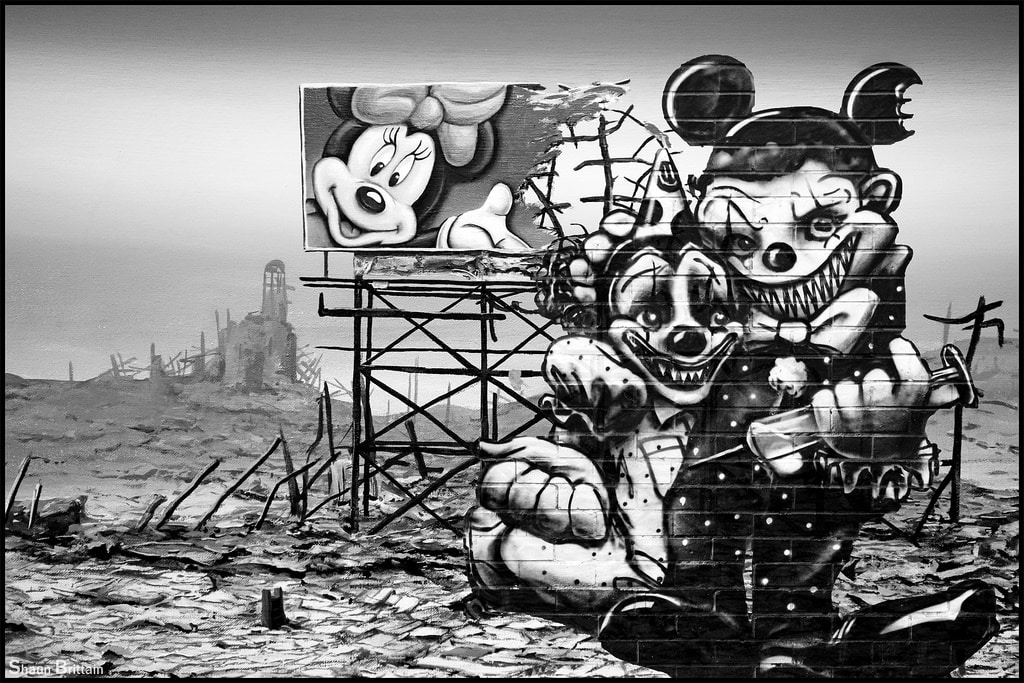 With the $71.3 billion mergers of two studios about to close, fears are mounting on the storied Fox lot as colleagues prepare to become rivals, Bob Iger’s every move is scrutinized and 4,000 jobs are about to vanish: “There will be bloodshed.”

The level of anxiety on the 20th Century Fox lot in West Los Angeles spiked on a recent Thursday afternoon when employees received a mass email advising that parking lots would be at capacity the following day. Was the Walt Disney Co. purchase of the storied studio finally done? Had an army of human resources executives and lawyers finally been unleashed to effectuate a brutal series of layoffs?

When, the next day, the real reason for the email emerged — rehearsals for Fox’s Jan. 27 live broadcast of Rent were commandeering the parking spaces — it didn’t provide much comfort. In Building 88, the headquarters of the 83-year-old film studio where mogul Darryl F. Zanuck once greenlit All About Eve and Planet of the Apes, one top marketing executive had sent his most cherished belongings to storage that day just in case he was forced to exit abruptly. Once Disney’s $71.3 billion acquisition of a wide swath of 21st Century Fox is complete — possibly by as early as the end of February — one of Hollywood’s most storied studios, the home of Shirley Temple movies, The Sound of Music and Avatar, will simply disappear.

But erasing a showbiz institution isn’t as easy as flipping a switch (or, in Disney’s case, a mouse trap). Assimilating the Fox properties and their thousands of employees is a Herculean task, one that experts say could take years to sort out using dozens of third-party consultants, advisers and compliance officers. Never in the modern era has one major studio gobbled up another. That’s been a job left to interlopers like AT&T buying Time Warner in 2018 for $85.4 billion or Comcast acquiring a majority stake in NBCUniversal in 2011. “Merging Disney and Fox studios is enormously complex,” says analyst and author Hal Vogel. “One reason is that many talented, well-connected execs are and will be — much more than usual — vying for the same jobs.”

The acquisition is Disney chairman and CEO Bob Iger’s biggest bet yet and points to the escalating race for scale in a media business rife with digital goliaths Netflix, Facebook and Google. Disney needs a cavalcade of content to feed its planned streaming offerings — it also will own a majority of Hulu — while managing overhead. “It is uniquely interesting, and complex because it exemplifies this juncture in the way content is delivered and structural changes in the industry,” says Jonathan Barnett, director of USC’s Media, Entertainment and Technology Law Program.

The result: The number of major studios is about to go from six to five. And as the closing date nears (one longtime employee calls it “D-Day,” as in Disney), any exec sighting or piece of gossip increases the tension: When Iger and Lachlan Murdoch took a stroll through the lot several weeks ago, staff emails and texts chronicled their every move. When Rupert Murdoch launched by himself at his usual table in the corner of the commissary, employees tried to pick up clues from body language. Many also describe a feeling of emptiness on the 53-acre lot, with parking garages clearing out well before traditional quitting time. Some executive parking spaces stay empty all day.
As Disney absorbs much of Fox’s film and TV units — Fox Broadcasting, Fox News and TV stations will be spun off into New Fox, headed by Lachlan Murdoch — repercussions will be felt not only in Los Angeles but worldwide. In fiscal 2018, Fox had 22,000 employees across the globe (compared with about 201,000 for Disney). Roughly 7,000 are expected to become part of New Fox. Disney has promised $2 billion in cost savings, so more than 4,000 layoffs are expected (though Disney-skeptic analyst Rich Greenfield puts the number at 5,000 to 10,000 over time). It’s harder to predict potential layoffs within the Fox film studio itself, which has about 3,200 employees, but cuts are expected to be especially deep, particularly in overlapping divisions such as marketing, distribution and home entertainment. The number of employees working in TV, whether at 20th Century Fox Television, cable networks including FX and Nat Geo and Fox Sports’ international divisions, is difficult to pinpoint, with 21st Century Fox declining comment. The pool of employees going to Disney also will include those working for the 22 Fox regional sports networks, which Disney must sell within 90 days of the deal closing.

“There will be bloodshed over time,” says Greenfield. While he and other analysts mostly have applauded the merger, he notes that none of the other acquisitions that Iger engineered — Pixar Animation Studios, Marvel Entertainment and Lucasfilm — has resulted in major layoffs. “This is virgin territory for Disney, which has never done a mass integration,” he says.

On Feb. 1, the HR department at 21st Century Fox sent a 12-page protocol guide, “What’s Changing, What’s Not: Countdown to Day One,” to 21st Century staff who won’t be moving to New Fox. For the first time, Fox employees heard from Iger, who trumpeted the creation of a global entertainment company that can exploit the Fox film and TV brands across its platforms (he had previously used the same remarks during an investor’s call). Lachlan and James Murdoch also extolled the result of the Disney-Fox marriage. The topic of layoffs was not addressed. “Keep in mind that Disney is working to design and staff the integrated future organization,” reads an email introducing the guide. “We expect a few of those decisions will be made and announced prior to or at close. However, given the scale and complexity of the integration, many or even most of the organizational and staffing decisions will likely be made after closing.” That means many Fox staffers will be in purgatory for weeks or months after their colleagues begin working officially for Disney. To aid the process, during the past several months, Disney execs, aided by lawyers and consultants, conducted a series of meetings with division heads to determine who does what.

While the guide offered practical advice about things like dress code or security badges (both won’t change, at least at first), its words about severance pay were probably read most closely. The document stated that if Disney can’t offer an employee a job “at least comparable to your current role either in scope, geography or other aspects, you will have the opportunity to receive severance.”

How much? Late last year, 21st Century Fox said employees without contracts will be entitled to “generous” severance should Disney decide not to keep them beyond the first year after the merger closes. Those payouts will translate to four weeks’ salary for every year and up to two years’ pay for an employee who has worked there for 26 years or more, according to two sources.

When the dust settles, the iconic 20th Century Fox movie logo (and that audio fanfare) will remain only as a label within the Disney stable guided by Emma Watts, now vice chairman and president of 20th Century Fox Film. She and her production team are expected to make as many as four to five films a year for theatrical release, far fewer than the typical 12 to 14 titles that Fox has been turning out annually. Disney also is bringing aboard specialty division Fox Searchlight, headed by longtime chiefs Steve Gilula and Nancy Utley. And Elizabeth Gabler’s Fox 2000 unit has received an invitation to join Disney as well. All four will report to Walt Disney Pictures chairman Alan Horn.

Their current boss, 20th Century Fox chairman, and CEO Stacey Snider, will step down as soon as the deal is finalized. Like many Fox employees whose fates are known, she rarely has been seen on the lot of late. In December, almost as a valedictory, Snider gifted her staff with a gilded coffee-table book and farewell letter celebrating the studio’s legacy.