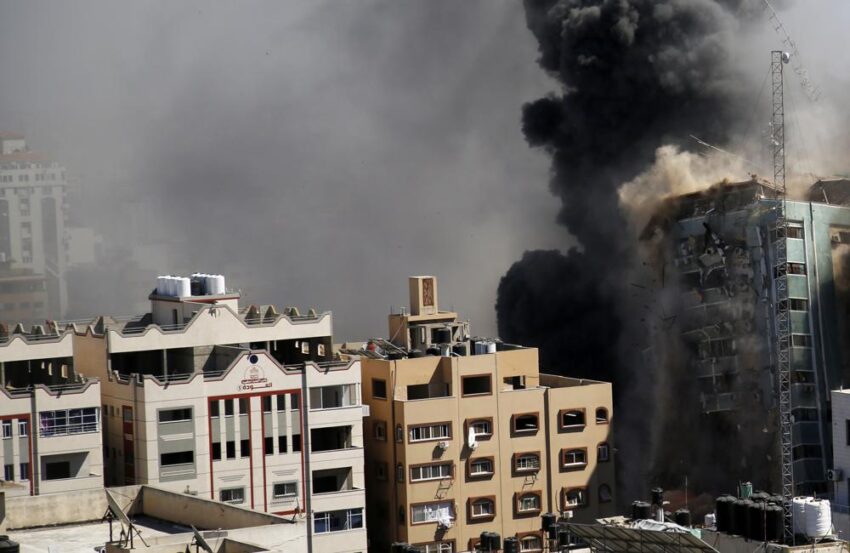 An Israeli airstrike destroyed a high-rise building in Gaza City that housed offices of The Associated Press and other media outlets on Saturday. All AP employees and freelancers evacuated the building safely.

We are shocked and horrified that the Israeli military would target and destroy the building housing AP’s bureau and other news organizations in Gaza. They have long known the location of our bureau and knew journalists were there. We received a warning that the building would be hit.

We are seeking information from the Israeli government and are engaged with the U.S. State Department to try to learn more.

This is an incredibly disturbing development. We narrowly avoided a terrible loss of life. A dozen AP journalists and freelancers were inside the building and thankfully we were able to evacuate them in time.

The world will know less about what is happening in Gaza because of what happened today.