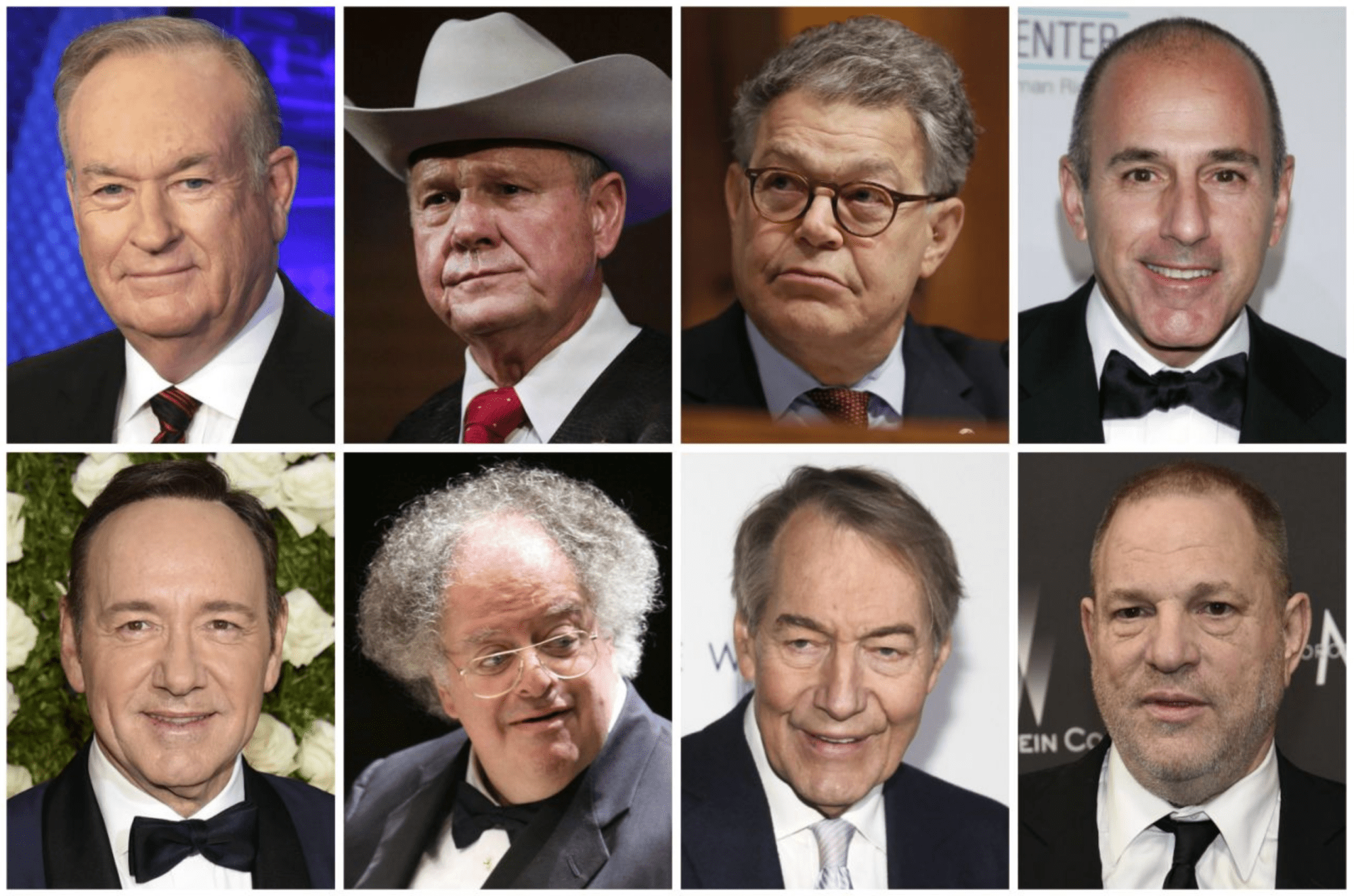 The wave of sexual misconduct allegations that toppled Hollywood power brokers, politicians, media icons and many others was the top news story of 2017, according to The Associated Press’ annual poll of U.S. editors and news directors.

The No. 2 story was Donald Trump’s tumultuous first year as president. A year ago, Trump’s unexpected victory over Hillary Clinton in the presidential election was a near-unanimous pick for the top news story of 2016.

The first AP top-stories poll was conducted in 1936, when editors chose the abdication of Britain’s King Edward VIII as the top story.

1. Sexual misconduct: Scandals involving sexual misdeeds by prominent men are nothing new in America, but there’s never been anything remotely like the deluge of allegations unleashed this year by women who were emboldened to speak out by the accusers who preceded them. Luminaries toppled from their perches included movie magnate Harvey Weinstein, media stars Bill O’Reilly, Matt Lauer and Charlie Rose, and several celebrity chefs and members of Congress.

2. Trump-First Year: The controversies started on Inauguration Day, with the new president challenged over his claims on the size of the crowd, and persisted throughout the year. Trump’s approval ratings hovered around record-low territory, his base remained fiercely loyal, and his relentless tweeting — often in the early morning hours — provoked a striking mix of outrage, mockery and grateful enthusiasm.

3. Las Vegas mass shooting: A 64-year-old high-stakes video poker player, after amassing an arsenal of weapons, unleashed a barrage of gunfire from a high-rise casino-hotel that killed 58 people and injured hundreds among a crowd attending an open-air concert along the Las Vegas Strip. Weeks after the massacre, questions about the gunman’s motives remained unanswered.

4. Hurricane onslaught: In a four-week span, hurricanes Harvey, Irma and Maria ravaged Texas, Florida, Puerto Rico and other Caribbean islands. Harvey killed more than 80 people in Texas and caused an estimated $150 billion in damage. Irma killed scores of people in the Caribbean and U.S., including 12 residents of a Florida nursing home that lost its air conditioning. Maria damaged more than 200,000 homes in Puerto Rico, caused lengthy power outages, and prompted an investigation into whether the official death toll of 64 was vastly undercounted.