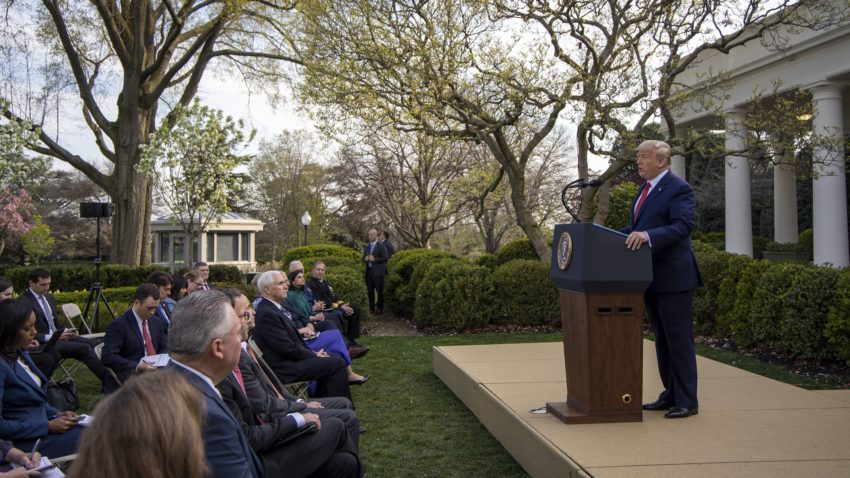 President Trump asked Americans to continue social distancing until April 30, officials warned that tens or even hundreds of thousands of Americans could die — and that’s the least depressing scenario.

Why it matters: April is going to be very hard. But public health officials are in agreement that hunkering down — in our own homes — and weathering one of the darkest months in American history is the only way to prevent millions of American deaths.

The big picture: Because of early missteps by the Trump administration, the virus has already spread widely throughout the United States, undetected, and the number of cases in most major U.S. cities has skyrocketed.

By the numbers: Estimates now being echoed by the Trump administration have found that the U.S. coronavirus outbreak will peak in two weeks.

The alternative is worse. Without social distancing, as many as 2.2 million Americans could die, Trump said yesterday — the number of deaths predicted by a report released earlier this month.

Between the lines: Even though the federal government and private companies are scrambling to manufacture more medical supplies, even under miraculous scenarios, it’s too late to manufacture our way out of the shortages that are predicted over the next few weeks.

The bottom line: We should all expect the same harrowing stories from hospitals in Italy and China to be replicated here. At the same time, we’ll be wading into uncharted economic territory.