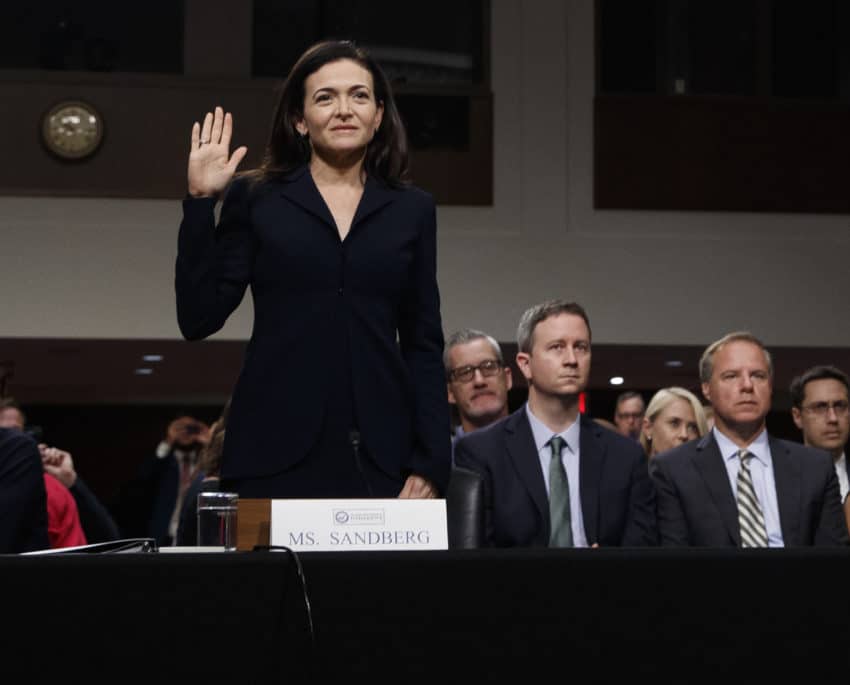 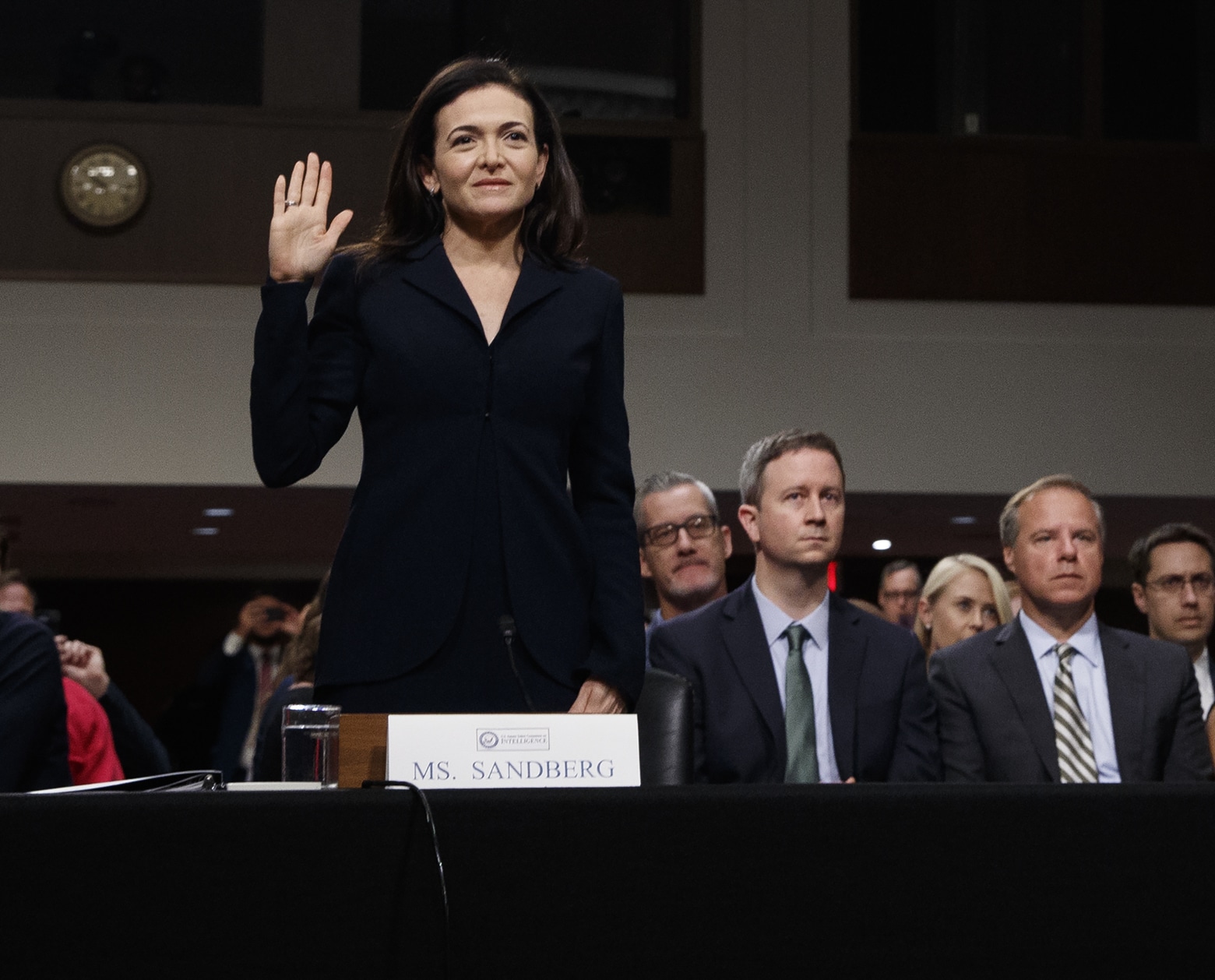 For years, Facebook gave some of the world’s largest technology companies more intrusive access to users’ personal data than it has disclosed, effectively exempting those business partners from its usual privacy rules, according to internal records and interviews.

The special arrangements are detailed in hundreds of pages of Facebook documents obtained by The New York Times. The records, generated in 2017 by the company’s internal system for tracking partnerships, provide the most complete picture yet of the social network’s data-sharing practices. They also underscore how personal data has become the most prized commodity of the digital age, traded on a vast scale by some of the most powerful companies in Silicon Valley and beyond.

The exchange was intended to benefit everyone. Pushing for explosive growth, Facebook got more users, lifting its advertising revenue. Partner companies acquired features to make their products more attractive. Facebook users connected with friends across different devices and websites. But Facebook also assumed extraordinary power over the personal information of its 2.2 billion users — control it has wielded with little transparency or outside oversight.

The social network allowed Microsoft’s Bing search engine to see the names of virtually all Facebook users’ friends without consent, the records show and gave Netflix and Spotify the ability to read Facebook users’ private messages.

The social network permitted Amazon to obtain users’ names and contact information through their friends, and it let Yahoo view streams of friends’ posts as recently as this summer, despite public statements that it had stopped that type of sharing years earlier.

Facebook has been reeling from a series of privacy scandals, set off by revelations in March that a political consulting firm, Cambridge Analytica, improperly used Facebook data to build tools that aided President Donald Trump’s 2016 campaign. Acknowledging that it had breached users’ trust, Facebook insisted that it had instituted stricter privacy protections long ago. Mark Zuckerberg, the chief executive, assured lawmakers in April that people “have complete control” over everything they share on Facebook.

But the documents, as well as interviews with about 50 former employees of Facebook and its corporate partners, reveal that Facebook allowed certain companies access to data despite those protections. They also raise questions about whether Facebook ran afoul of a 2011 consent agreement with the Federal Trade Commission that barred the social network from sharing user data without explicit permission.

In all, the deals described in the documents benefited more than 150 companies — most of the tech businesses, including online retailers and entertainment sites, but also automakers and media organizations. Their applications sought the data of hundreds of millions of people a month, the records show. The deals, the oldest of which date to 2010, were all active in 2017. Some were still in effect this year.

In an interview, Steve Satterfield, Facebook’s director of privacy and public policy, said none of the partnerships violated users’ privacy or the FTC agreement. Contracts required the companies to abide by Facebook policies, he added.

Still, Facebook executives have acknowledged missteps during the past year. “We know we’ve got work to do to regain people’s trust,” Satterfield said. “Protecting people’s information requires stronger teams, better technology, and clearer policies, and that’s where we’ve been focused for most of 2018.” He said that the partnerships were “one area of focus” and that Facebook was in the process of winding many of them down.

Facebook has found no evidence of abuse by its partners, a spokeswoman said. Some of the largest partners, including Amazon, Microsoft, and Yahoo, said they had used the data appropriately, but declined to discuss the sharing deals in detail. Facebook did say that it had mismanaged some of its partnerships, allowing certain companies’ access to continuing long after they had shut down the features that required the data.

With most of the partnerships, Satterfield said, the FTC agreement did not require the social network to secure users’ consent before sharing data because Facebook considered the partner’s extensions of itself — service providers that allowed users to interact with their Facebook friends. The partners were prohibited from using the personal information for other purposes, he said. “Facebook’s partners don’t get to ignore people’s privacy settings.”

Data privacy experts disputed Facebook’s assertion that most partnerships were exempted from the regulatory requirements, expressing skepticism that businesses, as varied as device makers, retailers and search companies, would be viewed alike by the agency. “The only common theme is that they are partnerships that would benefit the company in terms of development or growth into an area that they otherwise could not get access to,” said Ashkan Soltani, former chief technologist at the FTC.

Soltani and three former employees of the FTC’s consumer protection division, which brought the case that led to the consent decree, said in interviews that its data-sharing deals had probably violated the agreement.

“This is just giving third parties permission to harvest data without you being informed of it or giving consent to it,” said David Vladeck, who formerly ran the FTC’s consumer protection bureau. “I don’t understand how this unconsented-to data harvesting can at all be justified under the consent decree.”

Details of the agreements are emerging at a pivotal moment for the world’s largest social network. Facebook has been hammered with questions about its data sharing from lawmakers and regulators in the United States and Europe. The FTC this spring opened a new inquiry into Facebook’s compliance with the consent order, while the Justice Department and Securities and Exchange Commission are also investigating the company.

Facebook’s stock price has fallen, and a group of shareholders has called for Zuckerberg to step aside as chairman. Shareholders also have filed a lawsuit alleging that executives failed to impose effective privacy safeguards. Angry users started a #DeleteFacebook movement.

This month, a British parliamentary committee investigating internet disinformation released internal Facebook emails, seized from the plaintiff in another lawsuit against Facebook. The messages disclosed some partnerships and depicted a company preoccupied with growth, whose leaders sought to undermine competitors and briefly considered selling access to user data.

As Facebook has battled one crisis after another, the company’s critics, including some former advisers and employees, have singled out the data-sharing as a cause for concern.

“I don’t believe it is legitimate to enter into data-sharing partnerships where there is not prior informed consent from the user,” said Roger McNamee, an early investor in Facebook. “No one should trust Facebook until they change their business model.

Unlike Europe, where social media companies have had to adapt to stricter regulation, the United States has no general consumer privacy law, leaving tech companies free to monetize most kinds of personal information as long as they do not mislead their users. The FTC, which regulates trade, can bring enforcement actions against companies that deceive their customers.

For some advocates, the torrent of user data flowing out of Facebook has called into question not only Facebook’s compliance with the FTC agreement but also the agency’s approach to privacy regulation.

“There has been an endless barrage of how Facebook has ignored users’ privacy settings, and we truly believed that in 2011 we had solved this problem,” said Marc Rotenberg, head of the Electronic Privacy Information Center, an online privacy group that filed one of the first complaints about Facebook with federal regulators. “We brought Facebook under the regulatory authority of the FTC after a tremendous amount of work. The FTC has failed to act.”

According to Facebook, most of its data partnerships fall under an exemption to the FTC agreement. The company argues that the partner companies are service providers — companies that use the data only “for and at the direction of” Facebook and function as an extension of the social network.

But Vladeck and other former FTC officials said that Facebook was interpreting the exemption too broadly.

When The Times reported last summer on the partnerships with device-makers, Facebook used the term “integration partners” to describe BlackBerry, Huawei and other manufacturers that pulled Facebook data to provide social-media-style features on smartphones. All such integration partners, Facebook asserted, were covered by the service provider exemption.

Since then, as the social network has disclosed its data-sharing deals with other kinds of businesses — including internet companies such as Yahoo — Facebook has labeled them integration partners, too.

Facebook even recategorized one company, the Russian search giant Yandex, as an integration partner.

Facebook records show Yandex had access in 2017 to Facebook’s unique user IDs even after the social network stopped sharing them with other applications, citing privacy risks. A spokeswoman for Yandex, which was accused last year by Ukraine’s security service of funneling its user data to the Kremlin, said the company was unaware of the access and did not know why Facebook had allowed it to continue. She added that the Ukrainian allegations “have no merit.”

In October, Facebook said Yandex was not an integration partner. But in early December, as The Times was preparing to publish this article, Facebook told congressional lawmakers that it was.

How closely Facebook monitored its data partners is uncertain. Most of Facebook’s partners declined to discuss what kind of reviews or audits Facebook subjected them to. Two former Facebook partners, whose deals with the social network dated to 2010, said they could find no evidence that Facebook had ever audited them. One was BlackBerry. The other was Yandex.

This story was originally published at nytimes.com. Read it here.

Hands off my data! Part 1: A clickable guide to fixing the complicated privacy settings from Facebook, Google, Amazon, Microsoft and Apple.

Hands off my data! Part 2: A clickable guide to improving your privacy on your TV, cellphone plan, LinkIn and more.