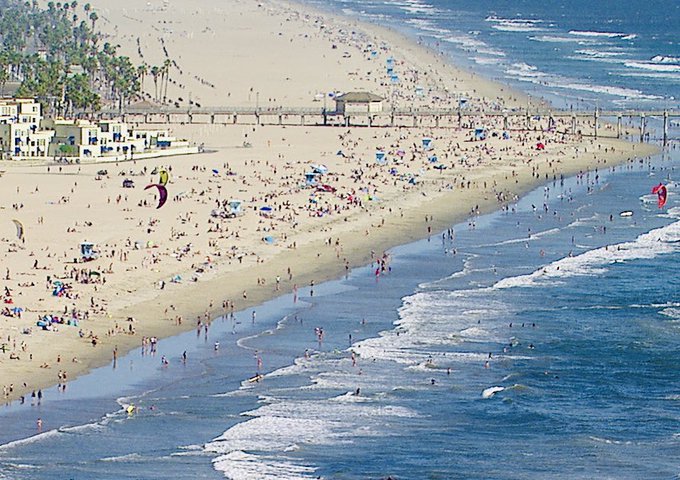 Tens of thousands of Californians escape their homes to open beaches during a heatwave despite Gov. Newsom’s pleas for them to stay home as state reached 40,000 cases

Thousands of Californians flocked to open beaches during a heatwave Friday despite Gov. Gavin Newsom’s pleas for them to stay home.

The nation’s most populous state recorded its deadliest day yet in the pandemic, with 115 fatalities in the 24 hours from Wednesday to Thursday. As of Thursday there were more than 40,000 confirmed cases in the state; the death toll stands at 1,597.

But Californians locked down for weeks during the coronavirus pandemic came back to local beaches as the weather warmed, prompting Gov. Newsom on Friday to plead for social distancing during the continued heat wave expected this weekend.

Newsom tweeted Friday: ‘It’s going to be nice outside this weekend. You might be feeling cooped up. Ready for life to go back to “normal.” But can’t stress this enough: CA can only keep flattening the curve if we stay home and practice physical distancing. You have the power to literally save lives.’

California has been under a mandatory stay-at-home order since March 19. Pictures taken in Huntington Beach, an Orange County city, on Friday show crowds gathering to enjoy as the state roasted in a spring heat wave. Dozens of locations reached 90 degrees Fahrenheit or higher well before noon, the National Weather Service said, and officials are bracing for even larger crowds this weekend. 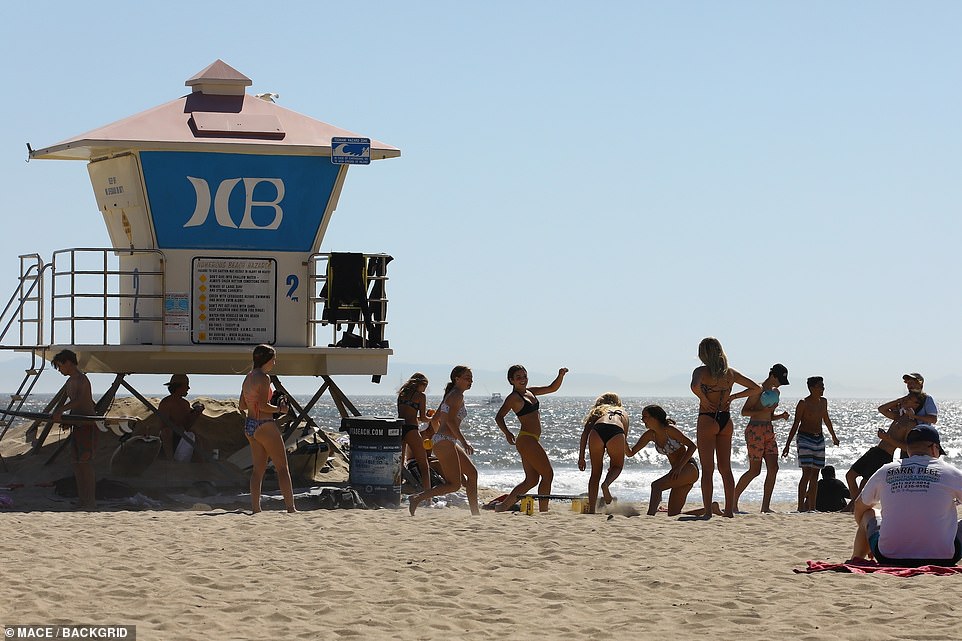 Hungtingon Beach Officer Angela Bennett told ABC7 : ‘We’re trying to ask people to maybe put themselves in our residents’ position and think about the fact that our residents also have limited parking’ 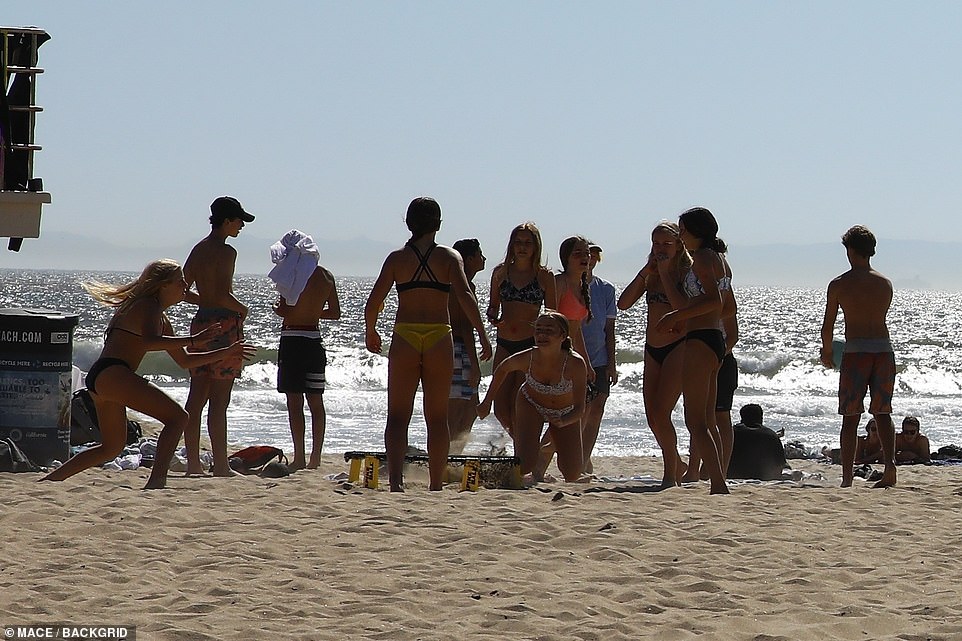 Groups of people flocked to the beach during a heatwave Friday despite Gov. Gavin Newsom’s pleas for them to stay home 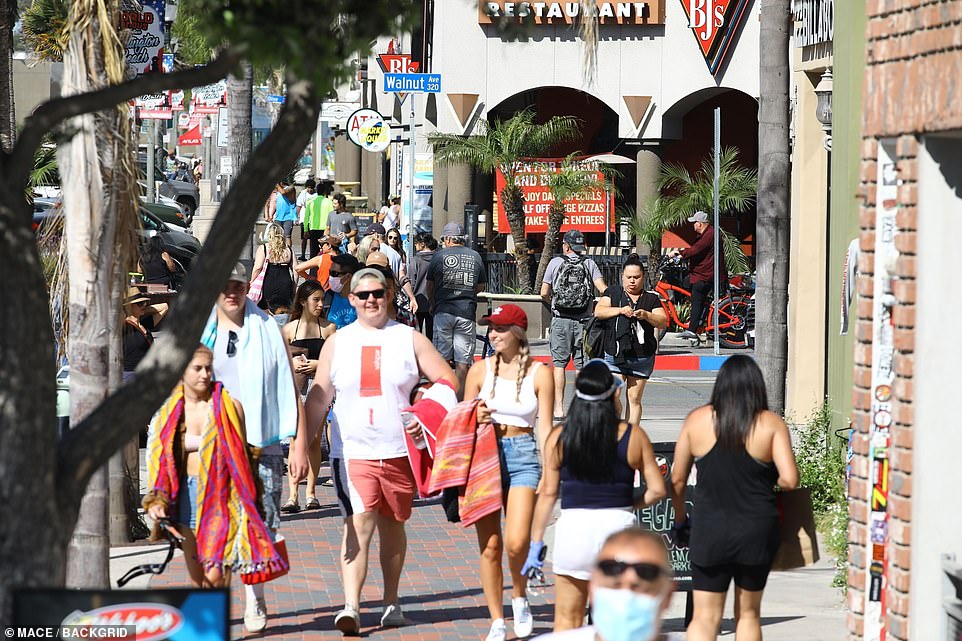 The nation’s most populous state recorded its deadliest day yet in the pandemic, with 115 fatalities in the 24 hours from Wednesday to Thursday but this did not stop beach goers heading out to enjoy the sunshine in Huntington Beach Friday

Above-normal temperatures were forecast for much of the rest of the state into next week, with some brief interruptions.

‘A below normal snowpack exists over the Sierra Nevada and it’s likely to diminish during the next several days due to unseasonably warm weather,’ the Hanford National Weather Service office said in social media posts.

This week in Huntington Beach as well as the Bolsa Chica Ecological Reserve, surfers could be seen in the water on either side of a closed pier as sunbathers watched from the sand and joggers used pedestrian paths.

Lifeguards at Huntington Beach’s main stretch of shoreline counted about 9,000 people on the sand and in the water on Thursday, according to local CBS television affiliate KCBS.

Up to 40,000 people are said to have headed to Newport beach Friday.

Many of those pictured Friday did not appear to be keeping six feet apart in line with social distancing guidelines and few were in face coverings.